The Nikon Z9 is out into the market place.  The hype, branding, positioning, and positing by Nikon, competitors of Nikon, and experts – remains intense.

Is the camera worthy of all the plaudits?  After some use, I would conclude… probably so. There is one thing clear to me.  For shooters such as myself, moving to the Z Mirrorless from the DSLR 8xx bodies is at the right time.

However, the Elephant in the Room may be the Z Lens line.  The quality and performance of the lens’ in the line are materially better than expected.  I am pleased with such a marked improvement over the F type series.

The image above reflects how the the grasses, Pacific Ocean, roadbed, and descent to Waimeatown appeared to me.  It is captured about an hour before sunset.

At this juncture, it appears to me the foundational color palette the Nikon Z9 trends lighter and more pastel in nature.  This result is not always to my liking, as some of the richer bolder scenes for image capture need some adjustment.

The setting above plays directly into the Z9’s hands.  The image capture is with the Nikon Z 20MM lens.  The image looks creamy, because it is so at this time of day.  While creamy at a distance, an up close inspection would reveal tack sharpness across the entire capture.

With regards to the image above, the Nikon Z9 and the Z 35MM lens have work to-do.  The canyon is hazy and displaying highly variable light.  The camera and the lens get the job done.

While I am traditionally a manual shooter (technique obtained with this image), I use the challenges of the environment to play with setting changes.  The Z9 allows me to change things pretty quickly and in reliable fashion.  Is it perfect?  Before I point out a list flaws and needed improvements – of which I am certain will be the case – I need to eliminate operator error and get more time with the kit.

I test bracketing to deal with the light and cloud variability and frame capture rates to catch helicopter tours in process. 20+ frames per second and the multiple combination of frames and stops for bracketing is powerful. However, I was able to change settings quickly and successfully.

The image above is a portion of the image below.  The camera, lens, and photographer are 1,395 metres (4,575 feet) in distance from the subject. 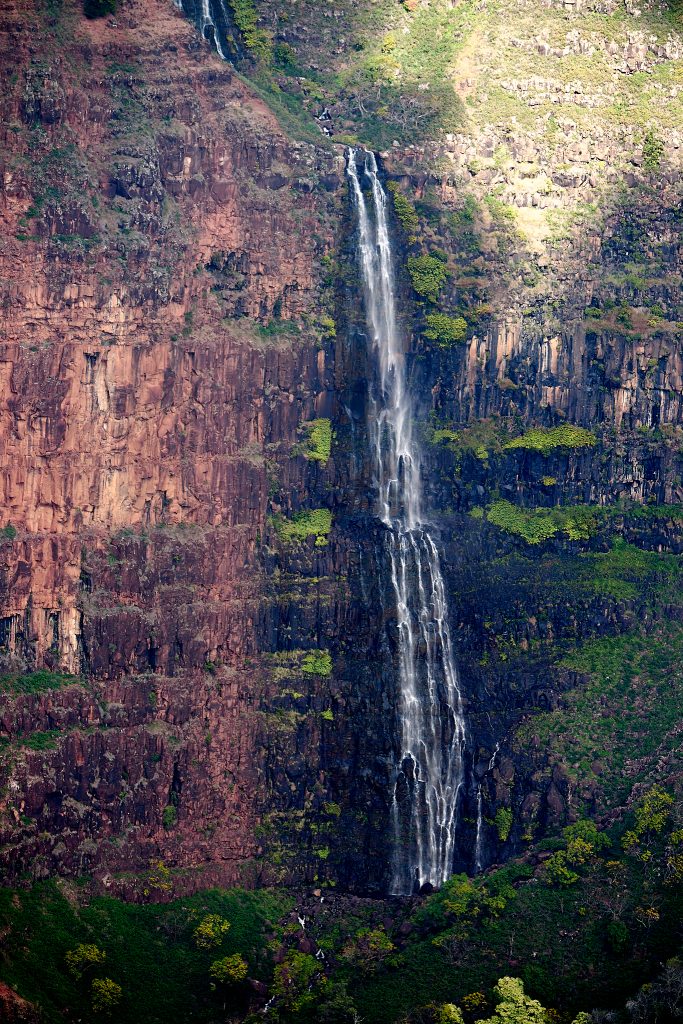 I am beginning to work through low-light and how to approach it with the Z9 and Z Line Lens’.  I have some bench mark images with which to work for reference and comparison. Capture of the images below is at the same location with the PHASE IQ4 151 Digital Back and PHASEONE XF Camera body.  This is my primary kit for landscape work.

The capture of the image directly above is obtained with the Nikon Z 50MM.  The result is sharp across the board.  The sun is close to setting.  The front yard is fully drenched in sun. The green grass turns to a burning yellow-orange-green.  The Nikon Z9 and 50 MM lens capture the effect as it appears to me in person.  Note, the white parts of the house not overly affected by the sun, remain white.  Good Show Nikon.

The Business Problem I Am Trying to Solve:  Update my photography kit such that I have great tools available for Wildlife and Action photo-shoots.

Nikon and their 35MM offerings have been my traditional Kit.  My Nikon D810 and Nikkor F lens are getting long in the tooth.

The 810 is proving to be less than optimal in acquiring focus in potential wildlife and or action captures.  Because of this condition, I decided to try the PHASONE Kit for my Wild Mustangs of Idaho exhibit and book.  It proved to be a surprisingly outstanding choice from a personal and professional perspective.

Because of this condition, I rented D850 cameras to work with the Nikkor lens’ and 800/1000MM in particular, for my North American Rocky Mountain Goat exhibit and book.  I also shot with the PHASEONE IQ4 150 and the PHASEONE\Schneider 110MM, 150MM and 240MM for additional images.  This proved to be a good combination as well.

However, the result; my Nikon kit was proving not to be a desired choice for wildlife and action work.  The advent and growth of Mirrorless muddled things.  Sony’s aggressive moves and growth in the market are obvious.  Nikon’s slow reaction made the situation complicated.  I use the Sony RXR1 35MM Full Frame camera with Zeiss lens with great success.  So Sony was seriously in the mix.

It is my desire that the move to the new Z9 and Z line of lens will prove to be beneficial and successful.  There is a long ways to go in establishing a conclusion.

I am exploring moving back into some projects that involve moving pictures.  The Z9 in testing at 4K and 8K video is proving to perform better than expected.