Reaching each of the Four Falls Na’ili’ili-haele in Maui is what all guides and guide books about the island categorizes as a “serious adventure”.  It is one that ultimately involves trekking, hiking, rock climbing, boulder hopping, use of ropes, scaling waterfalls and swimming to a destination you have yet to personally confirm exists.

The entry point to the Four Falls of Na’ili’ili-haele is pointed out by all of the guided tour buses at mile marker 6.6 on highway 360 – heading east to Hana. Like most of these types of adventures there is no official trail-head or trail marker to provide reference, guidance or assurance.  In short, the unknown and self – discovery of the routes, challenges and the waterfalls is the adventure.

Because of the wet slippery conditions, bamboo forest and river crossing (plus another one over a natural irrigation ditch)  required before seeing even one waterfall – most return to the car quickly.  Getting to each of the falls is similar to the difficulty levels of crossword puzzles in the New York Times – each successive one is more difficult to complete.

The first fall is technically not considered one of the four.  Impressive as it is – the fall is fed by an East Maui Irrigation  (EMI) ditch. 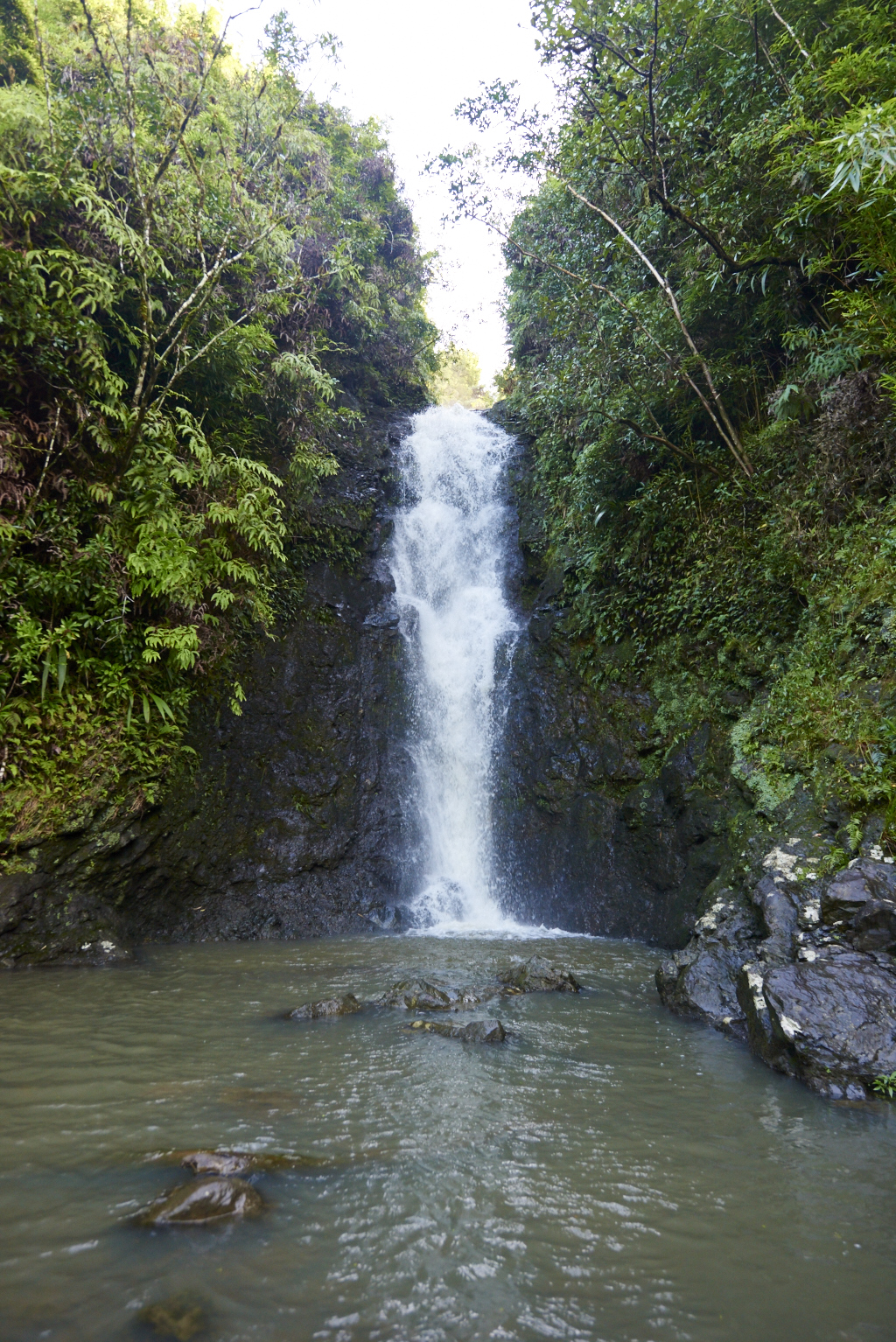 So the first waterfall is up the river a stretch. 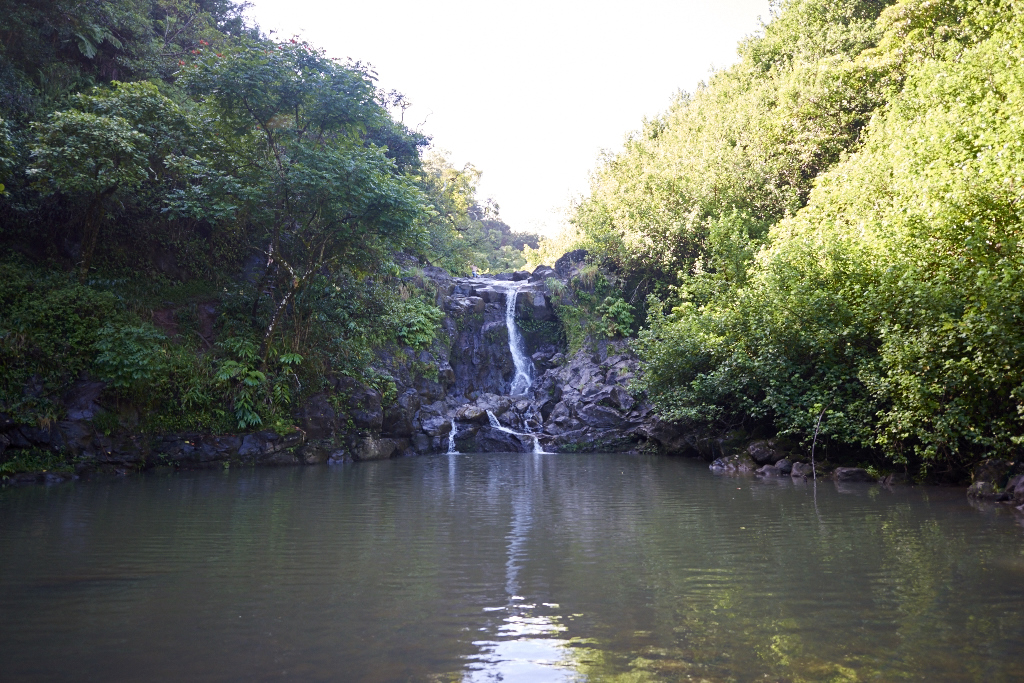 Waterfall #1 is where about 99% of the adventurers stop. Getting above waterfall #1 involves route finding, rock climbing, and use of a rope plus makeshift wood ladder (to ascend and then later repel).  For most finding the route and having the willpower to go somewhere poorly documented is more challenging than the actual effort involved.

The route between waterfall #1 and waterfall #2 is along the creek-bed.  The route involves a series of pools that you can walk through or hop over on slippery boulders. 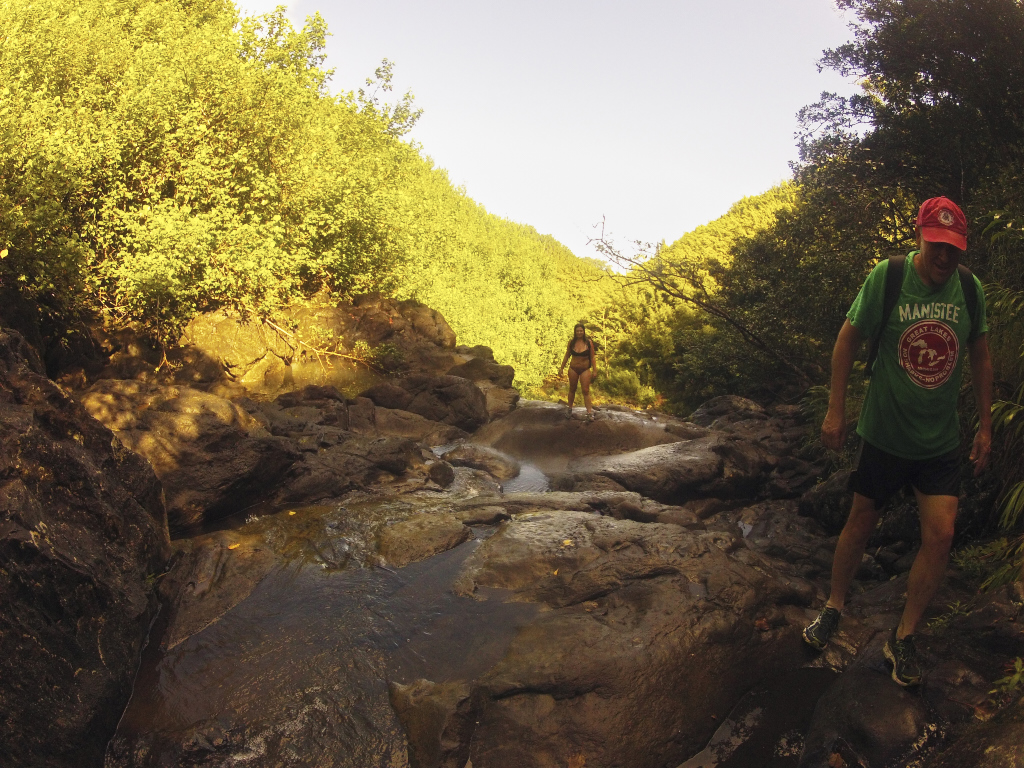 Waterfall #2 is just above head-high at the end of a series of pools.

The route between waterfall #2 and waterfall #3 is the most engaging.  The trip involves route finding in dense grasses with creek-bank crossings and a 250 – 275 yard swim before reaching waterfall #3. 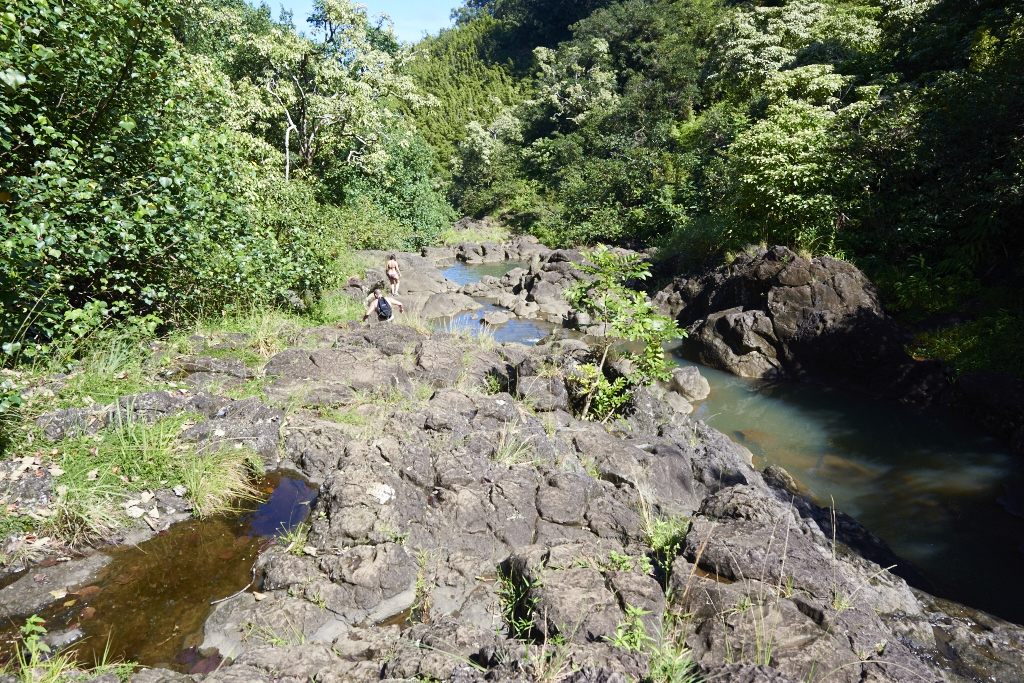 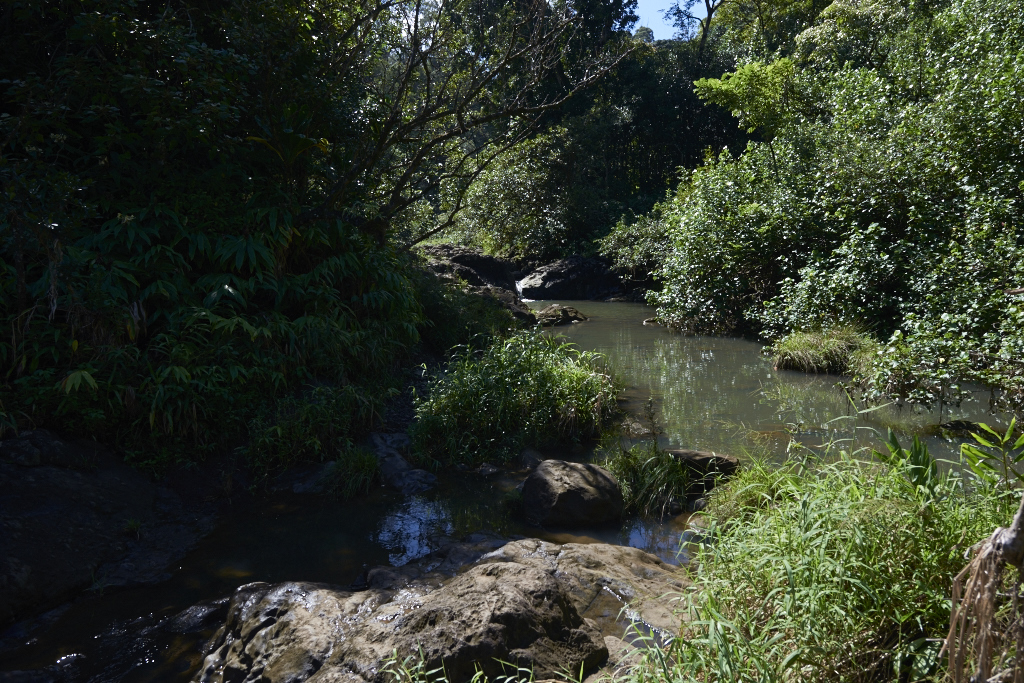 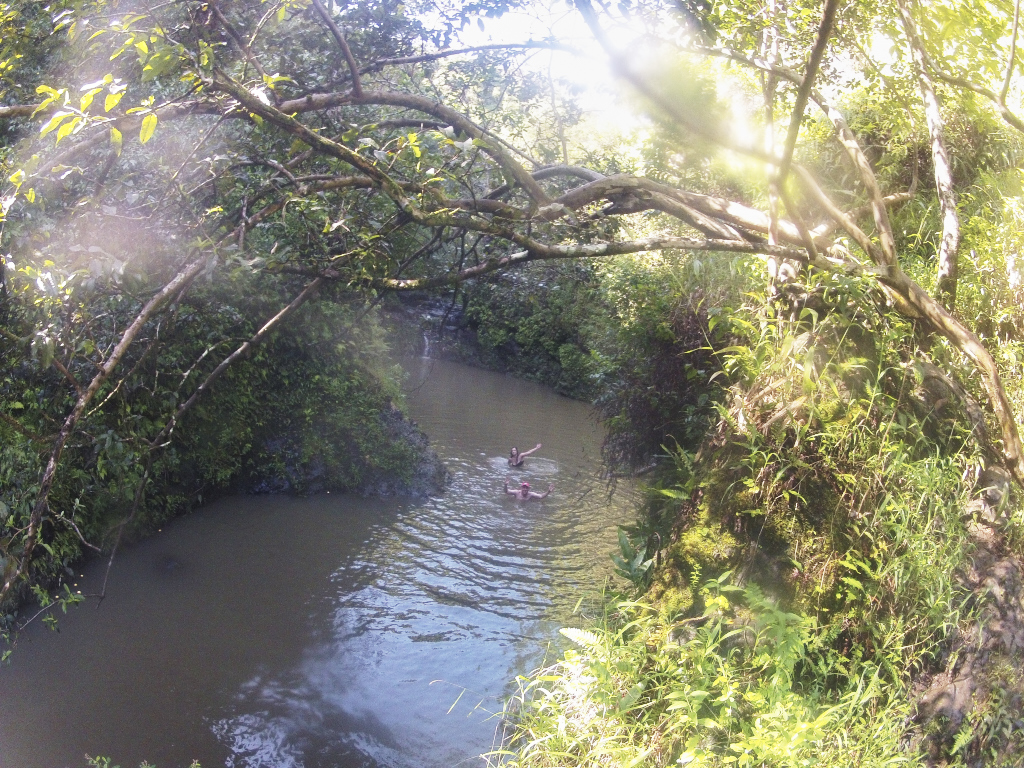 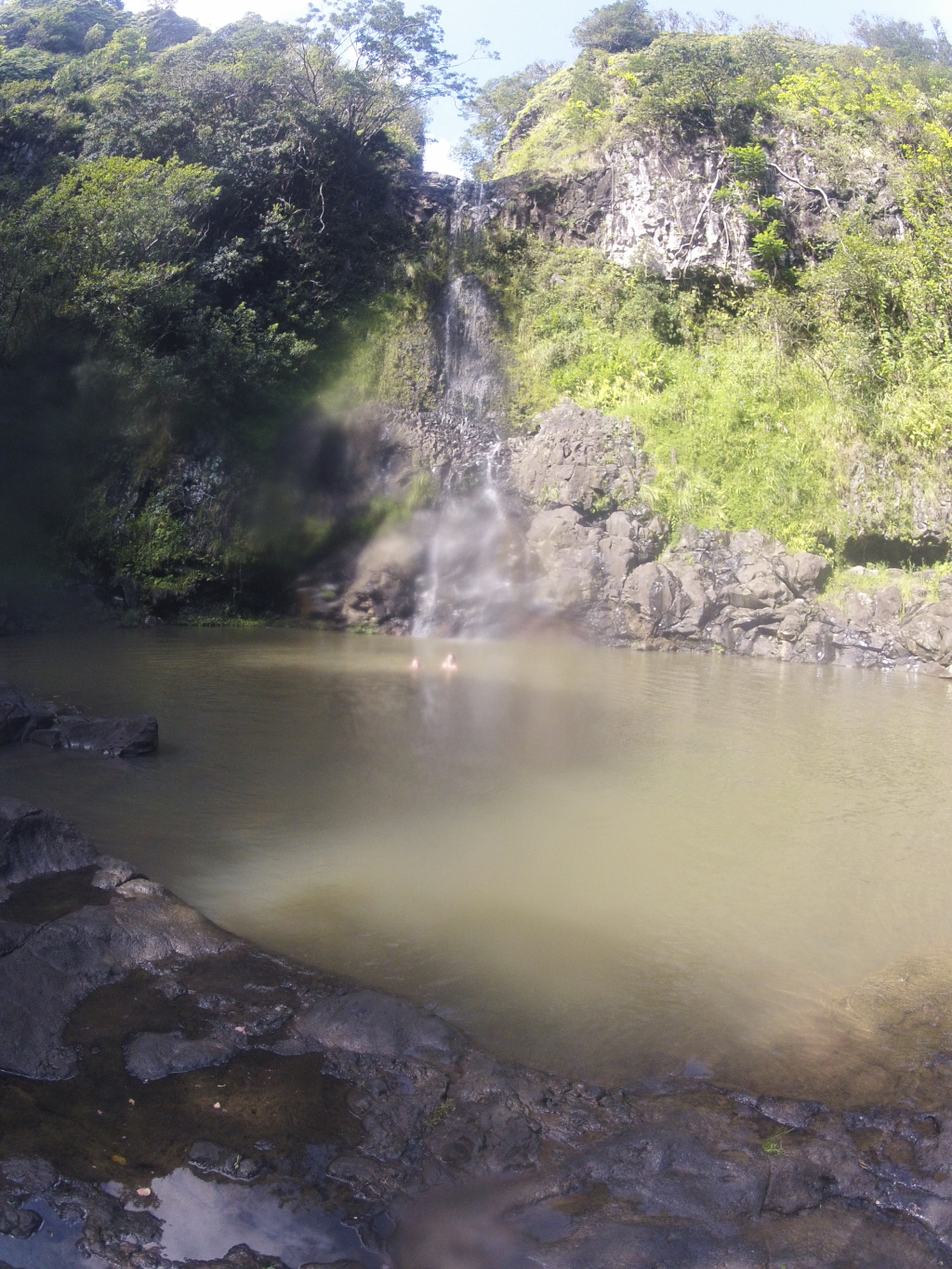 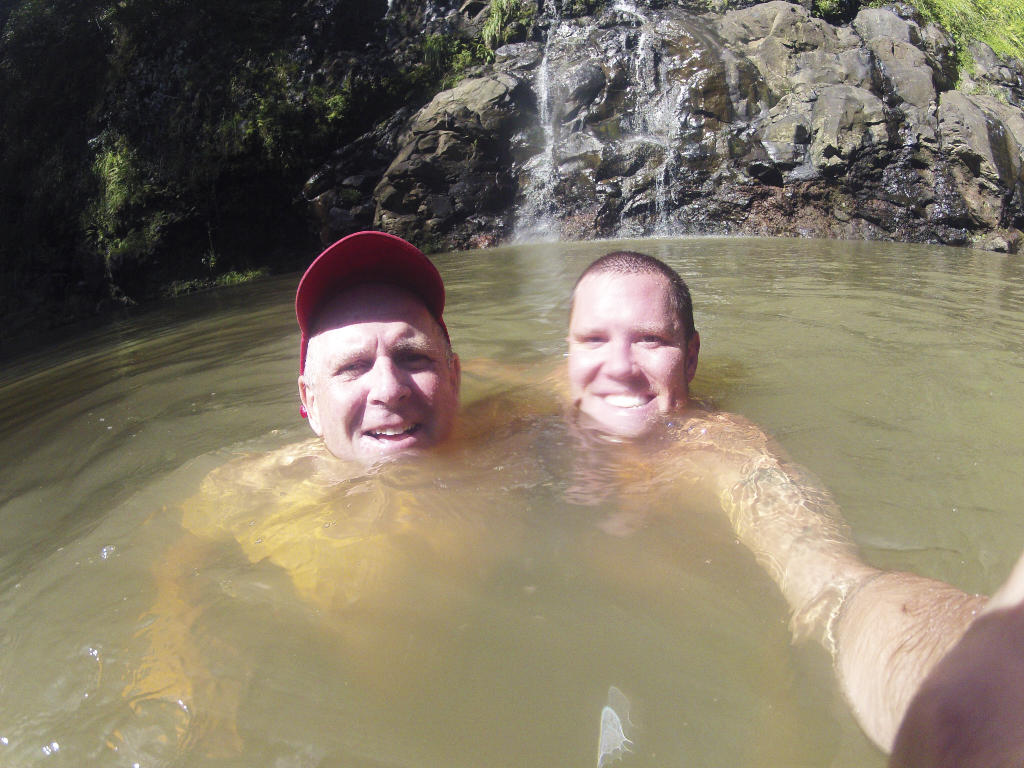 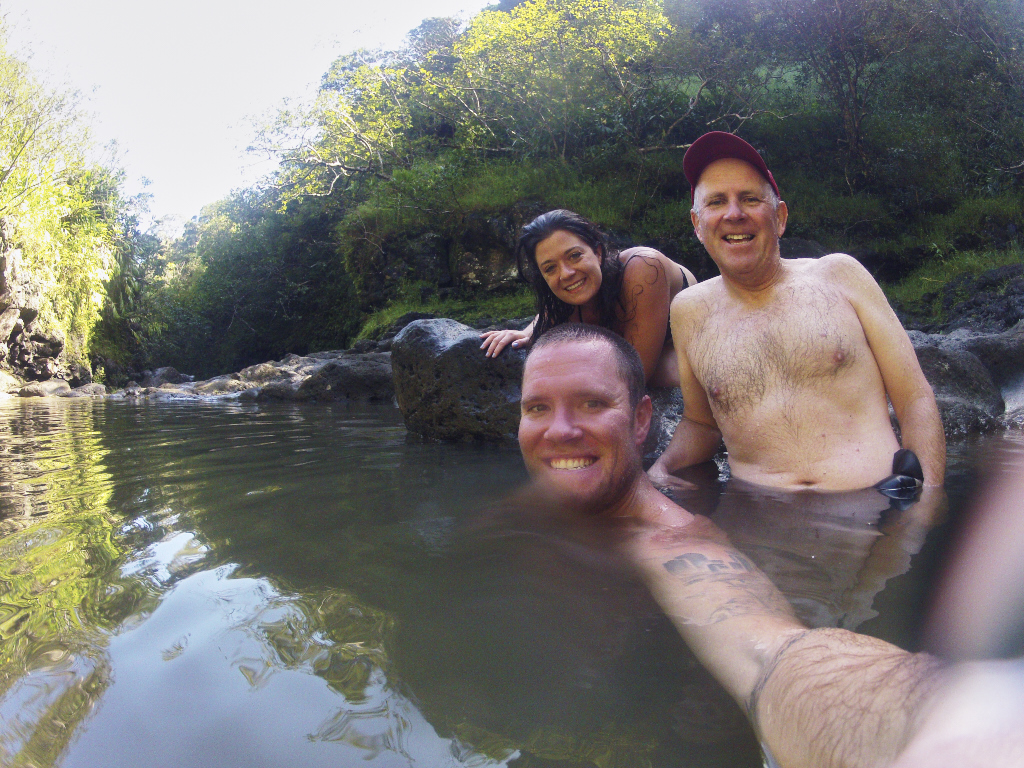