Authors Note: Linda and took an 18 day trip to Spain.  It was not part of a professional photo-shoot. I carried only an IPhone and the Sony RXR1 as photographic gear.  It was agreed, as with most vacation trips we take, the photos would be captured as Tourist shots.

Barcelona is a large city located on the Mediterranean coast in the autonomous region of Catalonia in the country in Spain. It is the second largest city in Spain (1.4M city proper 4.8M metro). Barcelona has a very distinct vibe.  Barcelona and Catalonia, go out of their way to let you know (with constant reminder) that they stand on their own from Spain.  Barcelona is overtly trying to put its rough hewn industrial past in the rear-view mirror.  For the most part, Barcelona is succeeding.

As with many European cities. Barcelona is a walking town, and Linda and I are walking people. Linda and I stayed six nights in a home in the Olympic Village district originally built in 1992 for the Barcelona Olympics  This is an area experiencing significant change.  It is moving from industrial to residential at a sprinter’s pace.  We had easy access to museums, places of historical note, and terrific local establishments.

The big tourist spots (Beachfront, La Sagrada Familia La Rambla, Rambla del Poblenou, Santa Maria Del Mar, The Picasso Museum, Park Güell, Montjuïc, and Sagrada Família) are worth every moment of your time. We really liked the fact we could walk from our home to these areas of interest.  It allowed Linda and I to learn a great deal about Barcelona and its residents.

Barcelona is experiencing a period of heavy construction. Whole sections of the city are being torn down to make way for new housing and buildings.  Major thoroughfares are being turned into pedestrian walkways and parks.  Madrid, and Sevilla are well established as pedestrian friendly cities  Barcelona is well on its way to reaching the same status.  Linda and I walked through some of the locations making the change – for example Diagonal Avenue. The result will be impressive.

However, the change is not complete.  Also, a few of the neighborhoods we walked through did not feel nearly as safe as those in Madrid or Sevilla. Graffiti in Barcelona is extensive – almost overwhelming at times. However, Old Town, Barcelonnette, Poblenou and the long stretch of waterfront – created as a result of hosting the Olympic Games are inviting as can be, and different from each other.  It is these areas that capture the hearts of those visiting Barcelona.

Barcelona has much more of a mix of old and new styles than Madrid and Sevilla.  It also has pockets of remarkable, eye-popping beauty that appear almost out of nowhere. 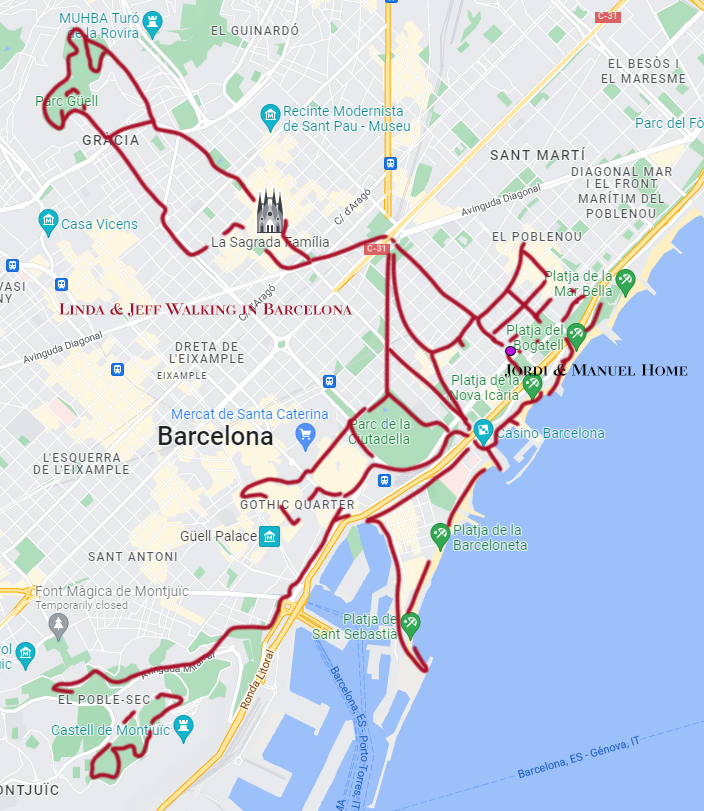 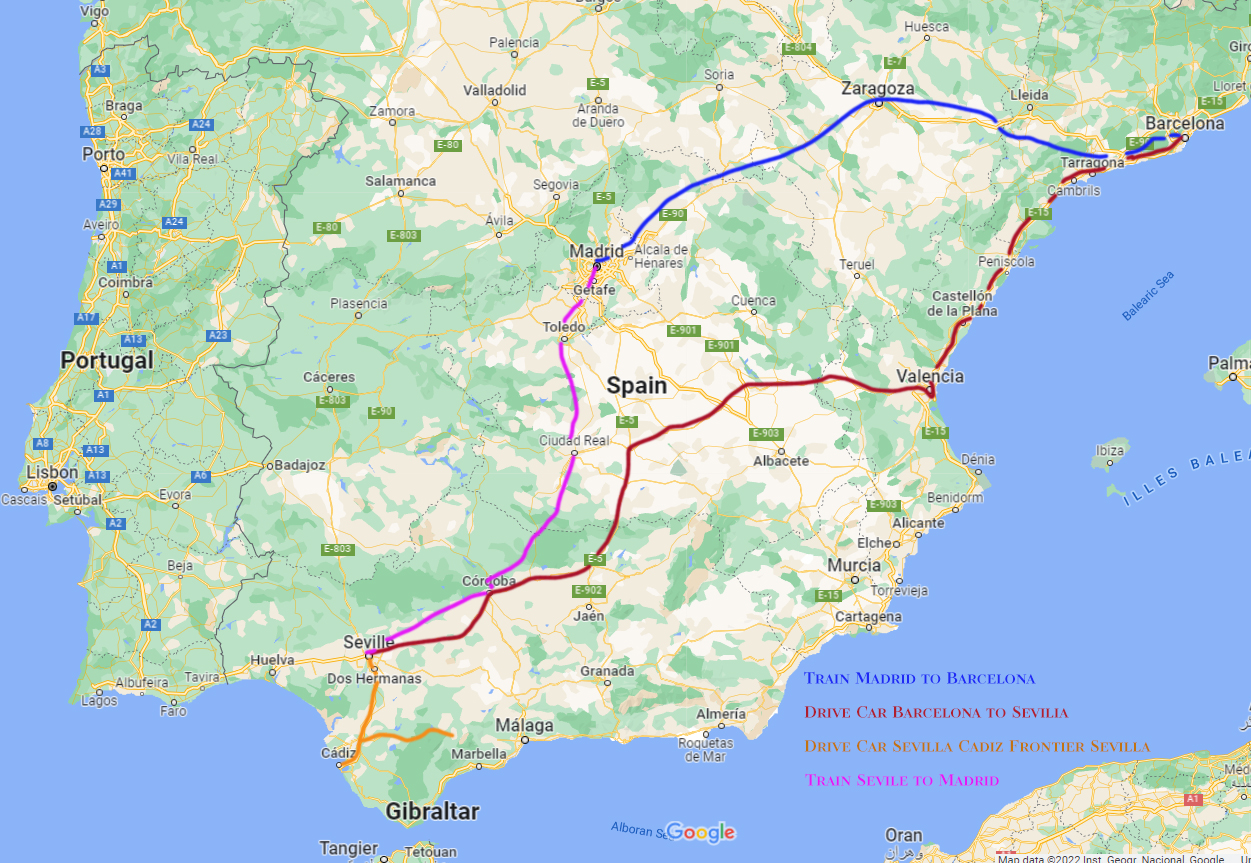 Linda and I are members of HomeExchange.  It is an organization of home owners who trade staying at each other’s home.  Linda and I have been members since HomeExchange’s inception in the 1990’s.  We exchanged with Jordi and Manuel in Barcelona. Because of its Olympic Village heritage the unit is just over 534 square feet. Jordi and Manuel have outfitted the unit in such a manner it would receive a Gold Medal for interior design.  It was a wonderful place to stay who in Barcelona.  In my mind, staying in someone’s home is vastly superior to that of a hotel. The HE ground rule is no money is exchanged between the Members. Home Exchange verifies (prior to getting a membership), people are who they say they are, the home is real, and they own it.

As with many of the European countries, the operating aspect of daily life is distinctly different than the United States.  The day in Madrid, does not really begin until 10AM.  Some shops (Coffee, Bakery, etc.) will open at 8AM.  They are few and far between.  Most operations close down for a few hours starting at 2PM and re-open at 5PM.  Most restaurants if open during the daytime will close at 2PM and re-open at 8PM.  Nightlife continues well into the morning hours.

Barcelona has an extensive rail, subway, bus, and cab system.  We walked, but if any of these transportation options are needed or desired – they were close by and readily available at all hours.  A car is not needed to enjoy central Barcelona,  In fact it is a liability.