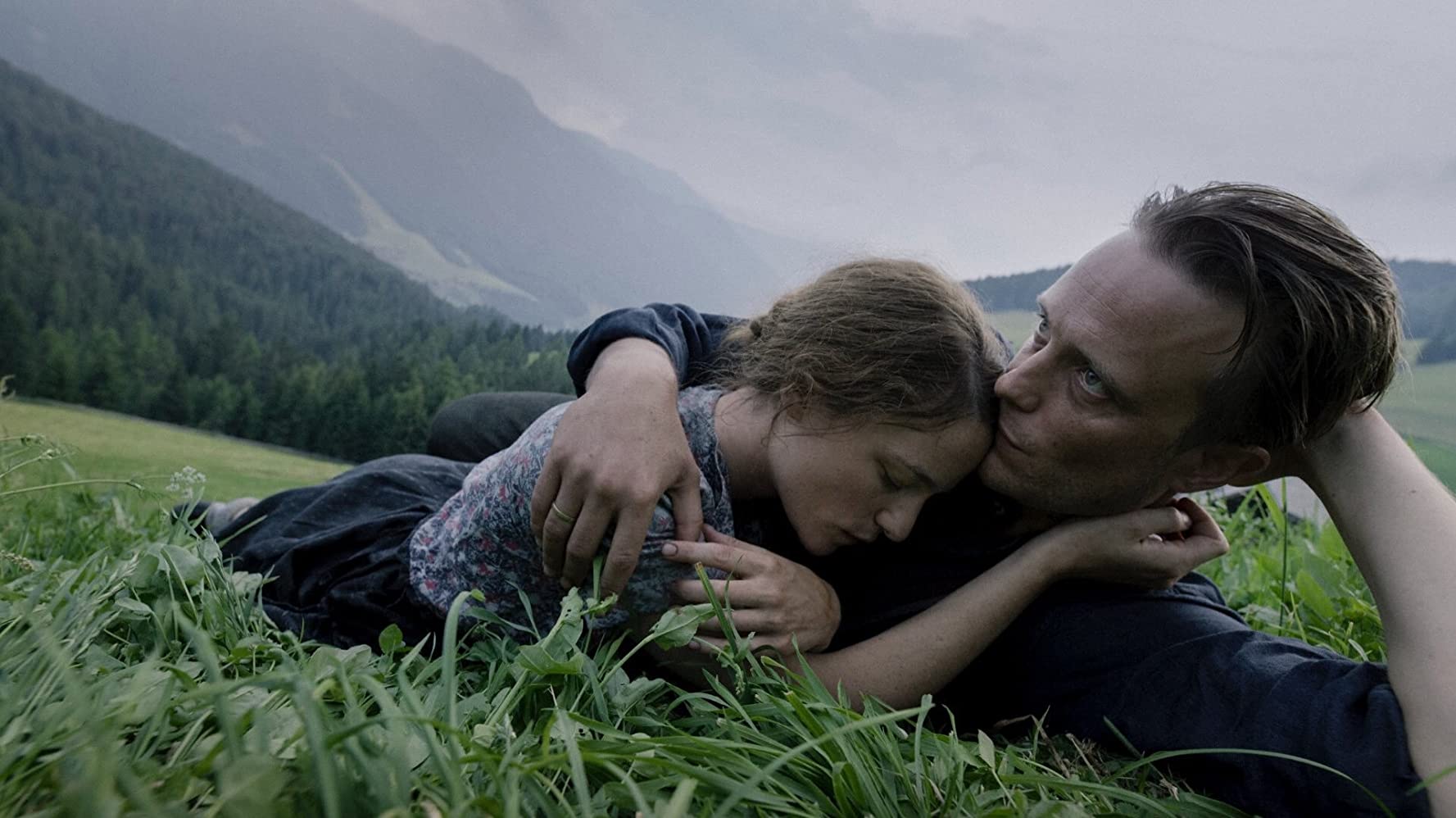 If the story to be told is hidden, does it really exist? Can love, a way of life, and commitment to a foundational belief continue to exist if a requested compromise is made or denied?

The film, A Hidden Life Written and Directed by Terrance Malick (Days of Heaven, A Thin Red Line) examines those questions in a visually luscious and spiritually engaging manner.  The questions and the answers to them are relevant throughout human history.

As with his other films, Malick presents elements of life on earth surrounding the story, at the time of the story.  The visuals of these elements make A Hidden Life feel whole and one with remarkable context.

The performances by the leads in the A Hidden Life, August Diehl (Salt, Inglorious Bastards), and Valerie Pachner are superb.

A Hidden Life is not a quick fix of escapism or a good fit for viewers with a short attention span or subject to time constraint – imagined or real. It builds ever so carefully, with purposeful pace to reveal, and continually reflect upon, what is at risk of being lost – and there is so much to lose.

In June 2007, Pope Benedict XVI issued an apostolic exhortation for Jägerstätter. On October 26th, 2007, he was beatified in a ceremony held by Cardinal José Saraiva Martins at the New Cathedral in Linz. His feast day is the day of his baptism, May 21st. Ironically, Pope Benedict XVI  (then Joseph Aloisius Ratzinger) lived at the same time on the Bavarian side of the Salzach River across from St. Radegund and Jägerstätter’s home.  Ratzinger visited St. Radegund often with his mother.

Historically, I really enjoy Malick’s style of film presentation – and A Hidden Life is no exception.  Unfortunately his reclusive nature – in level of work and personal nature – means there a large gaps in time between work products.

Malick usually takes an extraordinary amount of time in post-production.  A Hidden Life was filmed in 2016 and in post-production for almost three years.  It premiered in May 2019 at the Cannes Film Festival.  It won two awards at the festival (Prize of the Ecumenical Jury and François Chalais Prize) and placed 2nd to Parasite as Best Film (aka Palme d’Or).

A Hidden Life debuted (in limited release) at the end of December 2019 (for Oscar consideration).  The general release was the third week of January 2020.

A Hidden Life was the final film appearance for Bruno Ganz (Boys from Brazil, Wings of  Desire, Downfall, The Reader). Ganz’ performance in Downfall (AAN FF) as Adolf Hitler is one of the very best I have witnessed in my life.

A Hidden Life was the final film appearance for Michael Nyquist (The Girl with The Dragon Tattoo, John Wick, Mission: Impossible – Ghost Protocol).