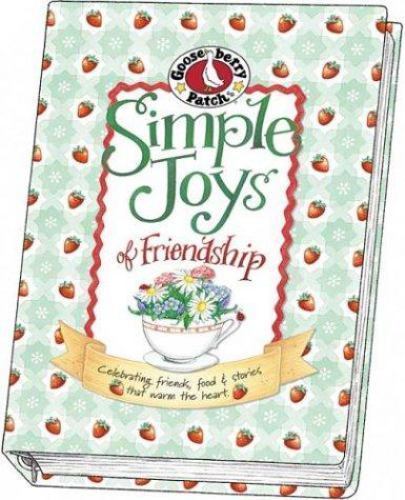 My buddy Dr. Robert Sigley passed away recently and his funeral (actually more of a celebrating remembrance) was held this weekend in the enclaves of Magnolia and Ballard, and city of Seattle, WA.  Linda and I made the trip from Sun Valley to Seattle in order to join in on the celebration.

Bob was the kind of friend that no matter distance or time, you could reconnect without missing a beat.  If you have a friend like that, I need to say no more to explain the relationship.

Bob’s obituary is below. You will quickly discern he was a rather remarkable guy. There was one singular thing about Bob, that would indicate to me that he liked and cared for someone; Bob would tease you.  And because Bob could never do anything half-assed, he would make comments that were of dry humor, highly relevant, and keenly observational.

As many know first-hand, Linda Ruth Lubeck can deliver a formal dinner with all the proper settings and accompaniments at the drop of a hat.  One such occasion was a dinner served on the roof-deck of our Magnolia home which possessed a 360 view of Magnolia, The Puget Sound, The Olympic Mountains, Mt. Ranier, and Downtown Seattle.  A perfect setting for a summer dinner.  Our guests were Bob and Dana Sigley.  The Lubeck’s and Sigley’s had become –  closely tied – over the years – via community events, school, Mothers of Boys, sports, outdoor sports, kids, youth soccer volunteering, youth baseball volunteering and enjoying time together on the Hood Canal (both of us had cabins and water-craft).  Dinner is ready, we go up to the deck, the setting is perfect. The four of us sit down.  Bob straightens up and survey’s the table setting.  Bob turns to Linda and says “Linda I am so disappointed. I would have expected Virgin Olive Oil for the bread and you are serving margarine.”  It was butter, but you get the point.

What struck me at the event this past weekend is Bob’s greatest legacy – his children.  Karen, Sara, Kevin, and Todd.  Each of them are similar to, and different from each other and Bob in many ways.  The one thing they have in common, is that they are exceptionally fine people and their own person. How many parents get to (without qualifiers) make that claim?

Bob loved and lost throughout life – as many do – a young baby child (Daniel), a marriage, and a spouse to cancer. I am hard pressed to think of a time when Bob complained about something. Ironically, Bob – who could have easily gravitated to reclusiveness – chose the opposite; inclusiveness.

After Dana’s passing,  it appeared the Sigley’s moved into another gear towards enjoying and celebrating their family (including spouses and grandkids).  And this was a family (by choice of occupation) that were spread out around the globe.  Bob also took the remarkable step of embracing the possibility of a new companion in his life; Terese.  Ironically Bob’s dealing with Dana’s passing and courting of Terese was the most vocal and open about personal feeling he had ever been with me.  We spent hours on the phone in discussion and well as I would travel to Seattle specifically to see Bob during this period.

The Sigley’s chose to spend the last of their annual ski trips with the Lubeck’s at our home in Sun Valley this past year;  it included loved ones, children, spouses of children, and grand-children. All were present for skiing, home-made dinners, and endless card games.

Bob Sigley was relentless in learning about and experiencing all aspects of things which interested him (e.g., fully optimized spreadsheets containing all the correct, and relevant data for registration, and analysis of Magnolia Soccer).  This could be intimidating to some people, but in my opinion that is the other person’s problem – I loved this aspect of Bob.

Bob Sigley granted me much in life – someone with which to debate any topic of interest, a running partner, a skiing partner (water and snow), a hiking partner, a volunteering partner – school and multiple sports.

I do not focus on the loss of a friend, but instead; the benefits of the relationship.

Linda and I stayed with my cousin Dave Hughbanks (c. David) who lives on the Bluff overlooking Shilshole and The Puget Sound.  When we go back to Seattle the Hughbanks home is where we place anchor.  The home was built in the 1920’s by the Hughbanks and has stayed in possession since.  I first stepped foot on and in the home located at 6214 37th Northwest (Ballard) on February 17th 1982 at 6:37 PM.  Cousin Ruth (mom of Nancy, Jim, and Dave) greeted me with open arms.  I met Ruth when I was 12 years-old on a trip she made to Michigan. Ruth made sure her home was made to feel as if it was mine.  Ruth, Jim, and Dave without expecting anything in return embraced Linda and I (and soon thereafter Kyle) with the greatest of love, attention, and acceptance from the get-go.  This home and these people have provided for 36 years of remarkable times and experiences for the Lubeck’s.  Over the decades c. David ensured the house on 6214 37th Northwest be updated smartly while staying true to its character.  My guess is that each of us have a few places that offer the safety and comfort of home.  6214 37th Northwest is one of those places for me.

Dr. Robert D. Sigley (Bob), 74, passed away on January 3, 2019 after a two-and-a-half-year course of advanced cancer and extensive chemo-, radiation and immunotherapy. He spent his final days and hours at his home in Magnolia, surrounded by loved ones, passing comfortably with the belief that he would soon see his parents, his son Danny, his sister Darilyn, and his wife Dana.

Bob was born September 17, 1944, to Daniel Tell Sigley and Margaret Louise Muetze Sigley in Takoma Park, Montgomery County, MD, before the family relocated to southern California. The smartest man we knew, he did not follow a traditional educational path. Bob never finished high school or college. After three years of each, he dropped out to obtain a medical degree from UCLA. At UCLA he met, and in 1967, married Margee, with whom he raised their daughters, Karen and Sara, and son Daniel (September 1972 – December 1972).

As a Navy surgeon, he served and operated at Camp Pendleton in California. Following his military duty, he established himself as a leading surgeon in Seattle, creating dialysis access for kidney failure patients for Northwest Kidney Centers. He met his second wife Dana in the Swedish Hospital operating room. They married in 1981, and together raised their sons, Kevin and Todd.

As a father, Bob was intimately involved in his children’s education, athletics, and character growth. After his retirement from surgery, he was a faithful supporter of youth soccer in Seattle, helping to bring the game to thousands of Seattle’s kids.

We will remember fondly his enthusiasm for his outdoor passions: cycling, skiing (on water and snow), running, and gardening. He was also an avid genealogist, delighting in researching his family history. He inspired his family with his humility, integrity, kindness, generosity, wry humor, and spreadsheets. His great legacy will continue through his children and grandchildren, and through the charitable Sigley Family Foundation, which he established in 2016 following his cancer diagnosis.

He is survived by his four children, three grandchildren, his sister Janet, and his faithful companion Terese.

Please honor Bob by CELEBRATING LIFE and committing random acts of kindness every day. Please also consider charitable contributions, either to the Sigley Family Foundation or to your favorite organization.

A service will be held at Our Lady of Fatima church in Magnolia on Saturday, January 19 at 10 AM.

Following the service, Bob invited family and close friends to gather at Ray’s Boathouse on Shilshole Avenue. Please join us for light refreshments from 12-4 PM on the 19th.

2 Replies to “Celebrating A Friend”