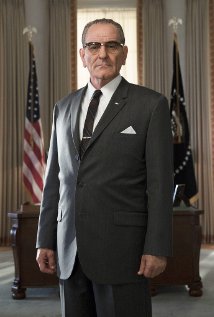 All the Way – Home Box Office’s version of the Tony Award winning stage play – is a rewarding watch.

Starring Bryan Cranston (AAN Trumbo, Argo) Written by Robert Schenkkan (from his play) and Directed by Jay Roach (Trumbo, Meet The Parents, Austin Powers) All The Way tells the story of the 36th President of the United States; Lyndon Baines Johnson (LBJ) during his years as Chief Commander.

All The Way overcomes – for the most part – two major constraints.  The ground that needs or could be covered in a Biopic and all of the characters and story lines are from an age that print media, radio, and television existed and presented to the public.  All The Way succeeds by focusing on the battleground of politics and civil rights.  All The Way succeeds because Cranston’s performance as LBJ is uncanny.  Whereas Cranston’s 2015 Academy Award Nominated performance as Dalton Trumbo felt like a wonderful caricature of the real man, he feels to be the real LBJ in All The Way.

If All The Way falls short in any manner it is that it portrays some major historical characters essentially as prop pieces in areas where in real life they were a key or principle character. For example, Anthony Mackie as Reverend Martin Luther King is good in his role. However the screenplay, while not inaccurate, is not forthcoming about King’s leading role in civil rights or the relationship and interaction between the two men.  This is a small complaint, as with any Biopic the center of the universe is the main character and the story is about them.

All The Way is highly worthy of your time.