On December 20th, 2013 The MESH Art Gallery and the the United States Forest Service collaborated to produce an exhibit and hold a discussion called “After The Burn – Implication of Idaho’s Beaver Creek Fire.”  The exhibit covered a number of topics related to the 110,000 acre forest fire that occurred in the summer of 2013.  The United States Forest Service had closed off the burned areas to the public.  In November 2013 the USFS gave MESH Art a permit to go back into the burned areas and document the initial burn.  My son Kyle and I are the owners on MESH Art LLC.

The Idaho Mountain Express covered the event and here story.  Kurt Nelson head of The Ketchum Ranger District led the discussion which was attended by 60 people.  Kurt has a wonderful style of being open and frank, yet exceptionally approachable.  It was great to see Idaho Mountain Express Publisher Pamela Ann Morris return to her reporter roots and ask a set of superb questions – which allowed Kurt to provide some insights to the audience they might not have other not learn.  Former (four-term) Ketchum Mayor and resident historian Jerry Seiffert finished the discussion by providing a great deal of historical context.  Kyle did an extraordinary job of preparing the Gallery and staging the event.  I showed up.

We displayed some of my shots of the fire during its height. 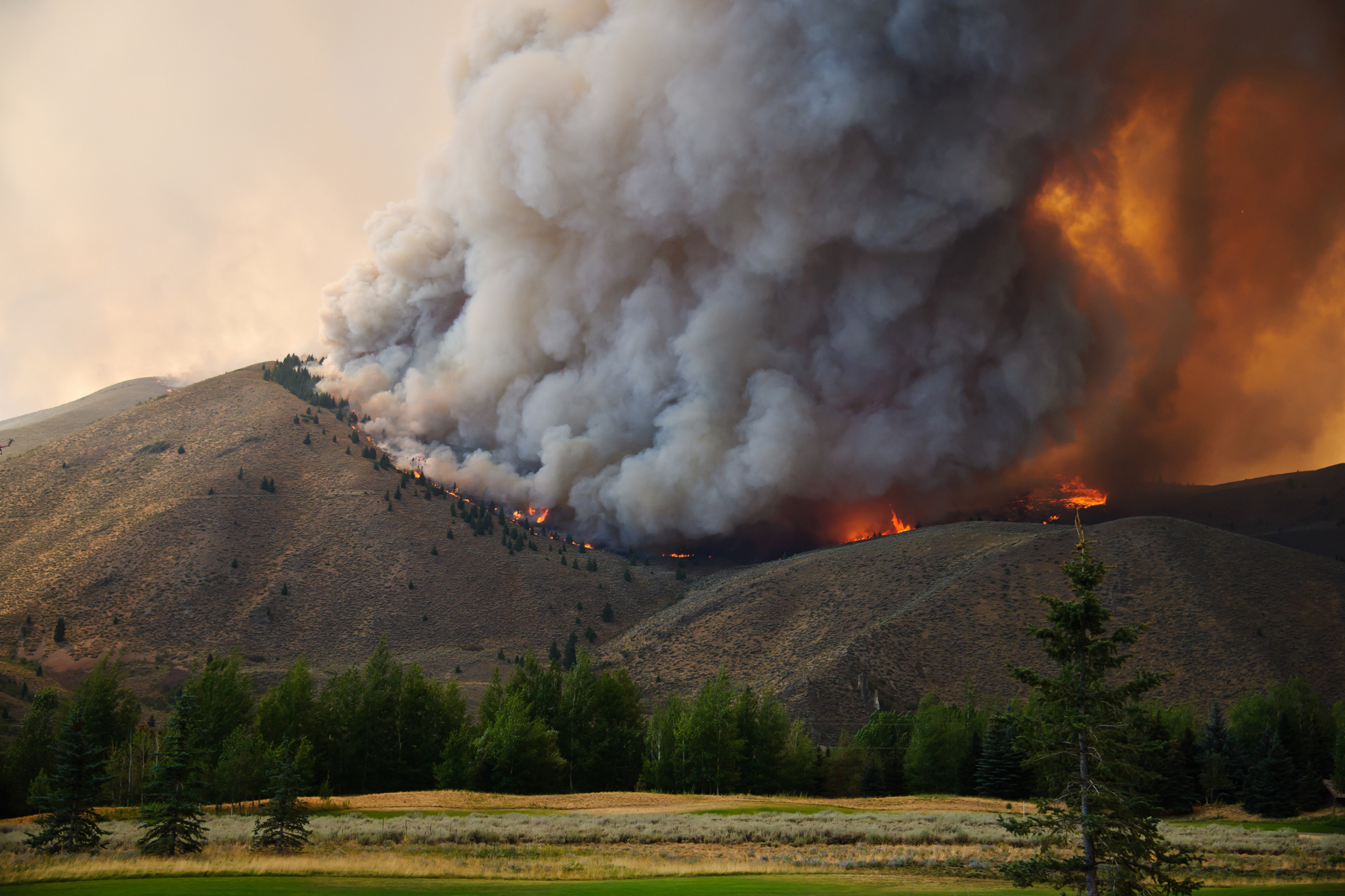 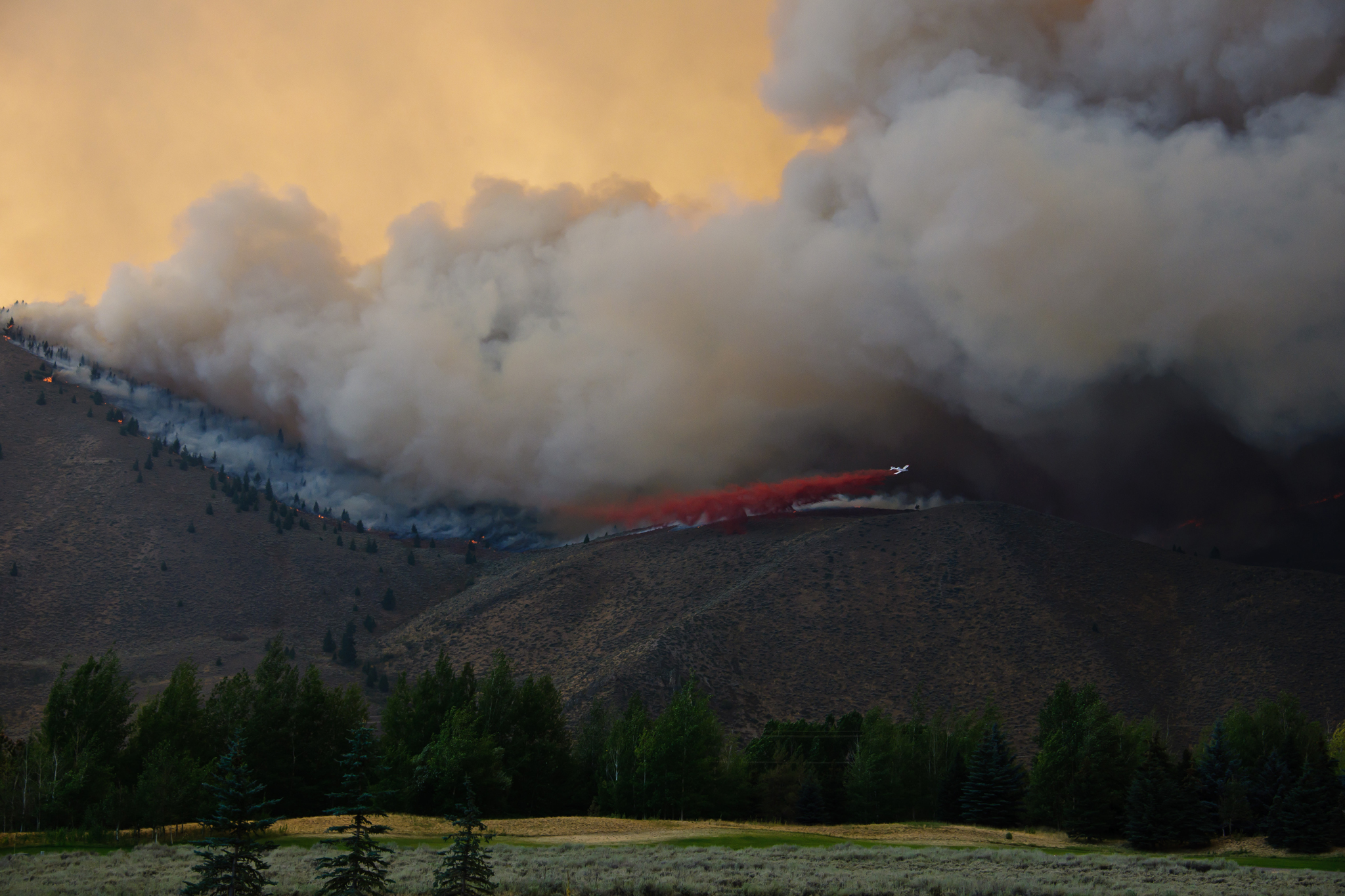 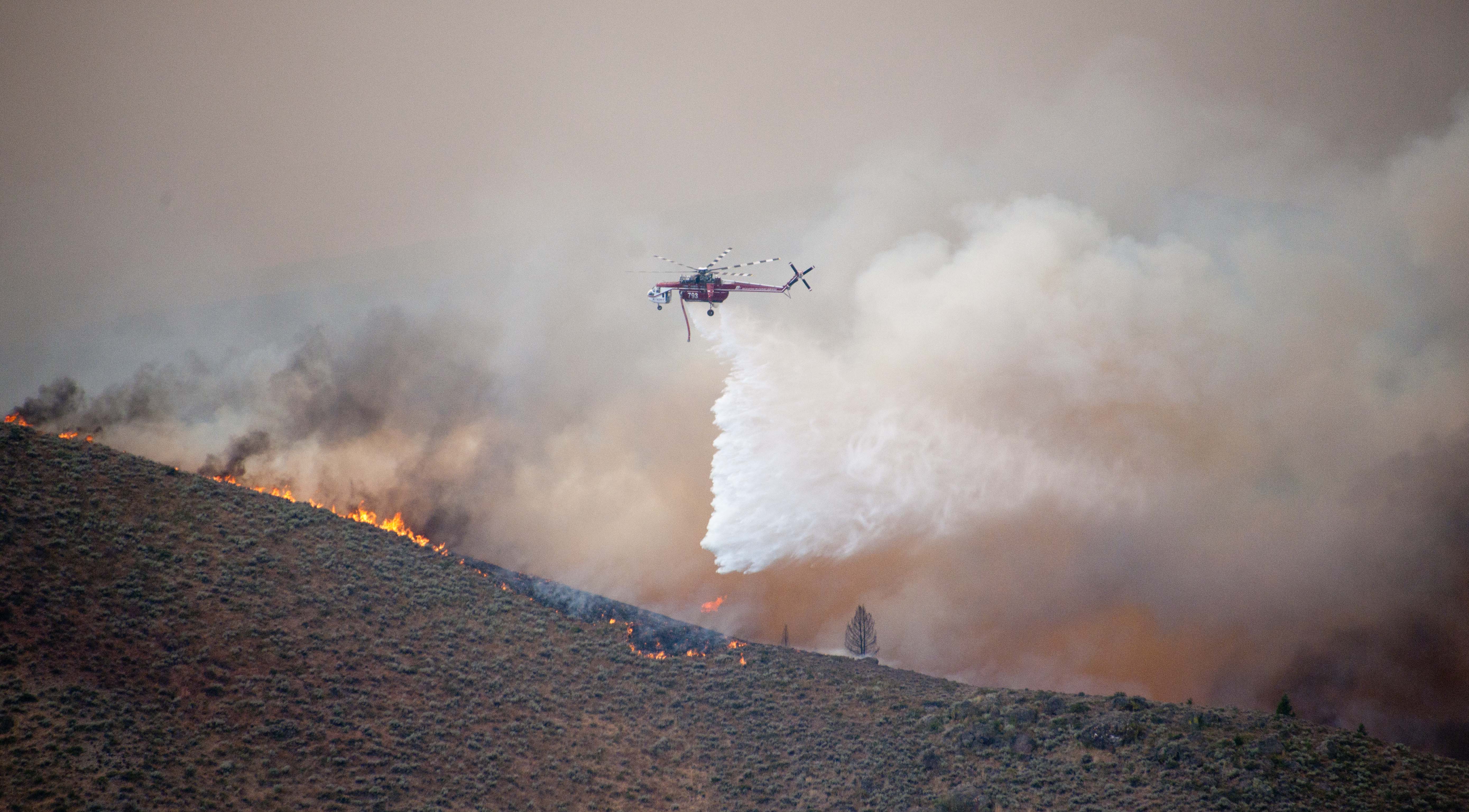 We displayed and discussed some of the area as its looked before and after the fire. 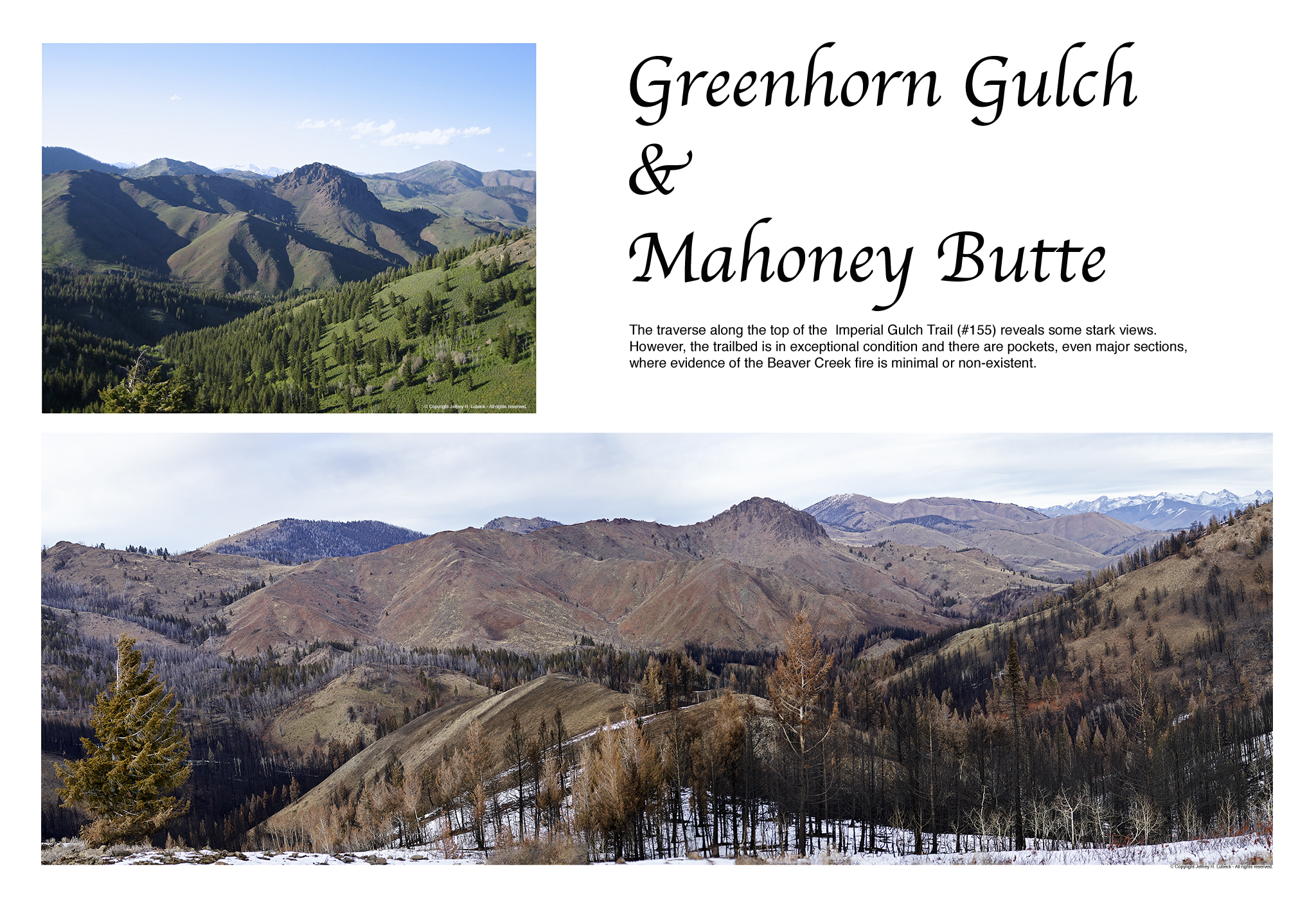 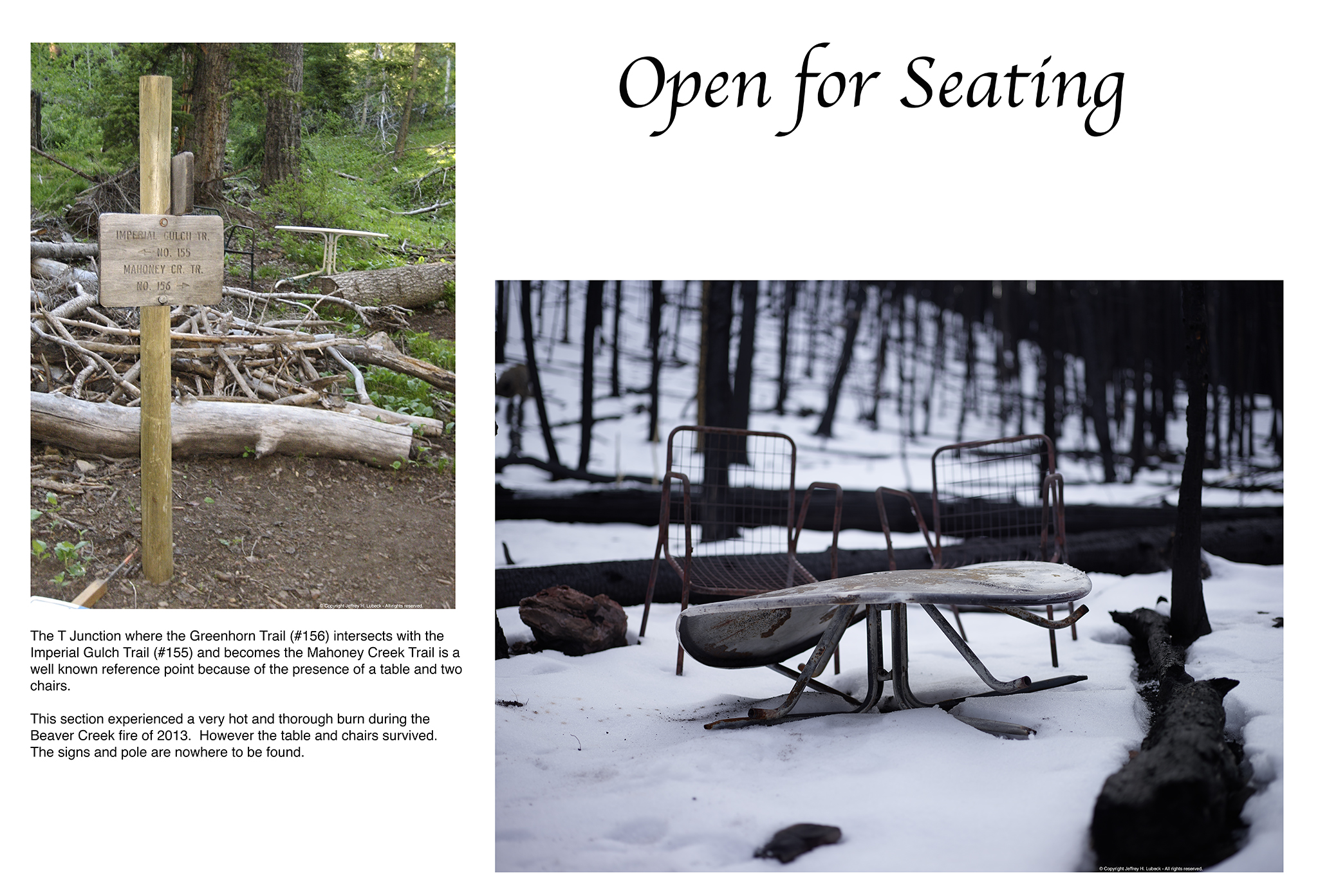 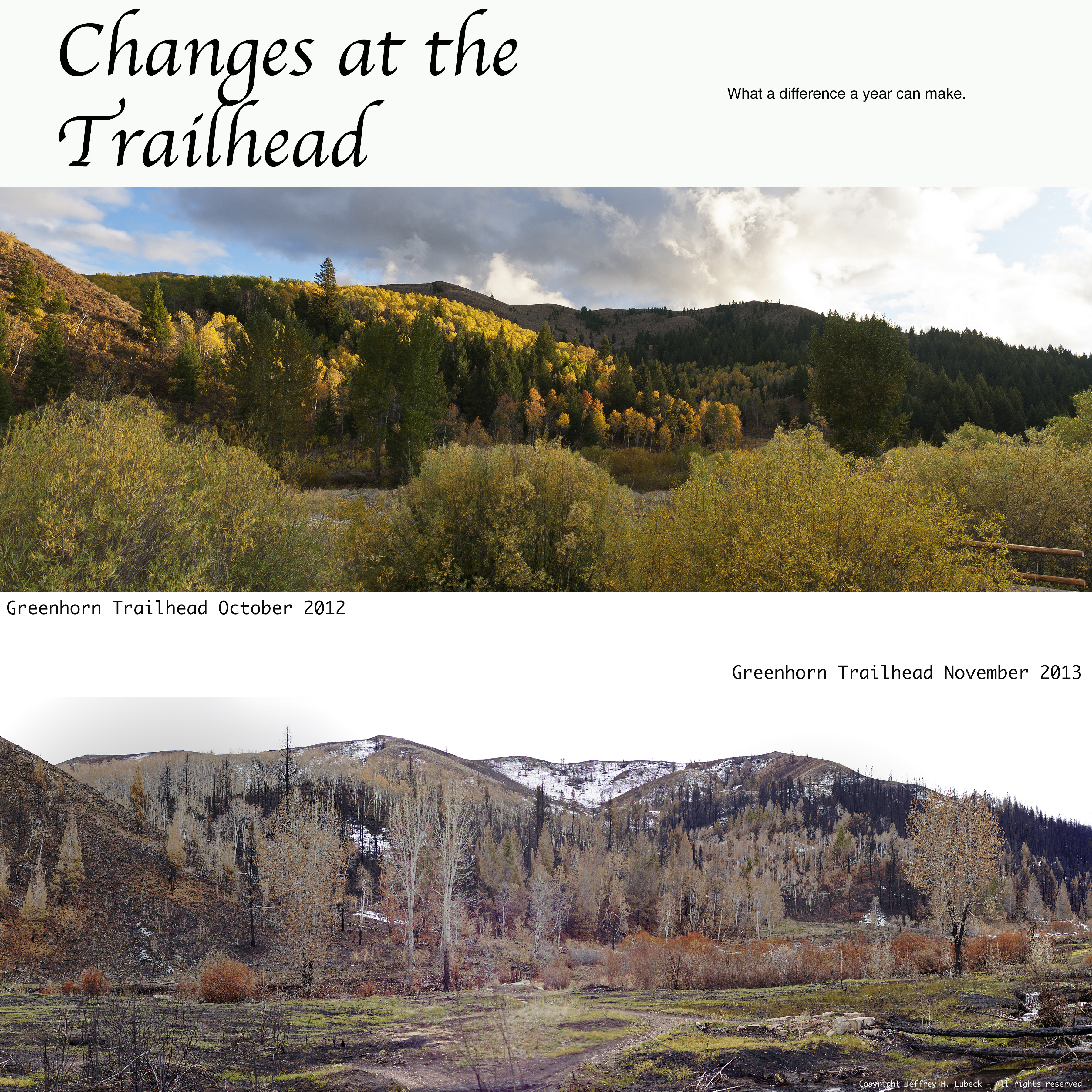 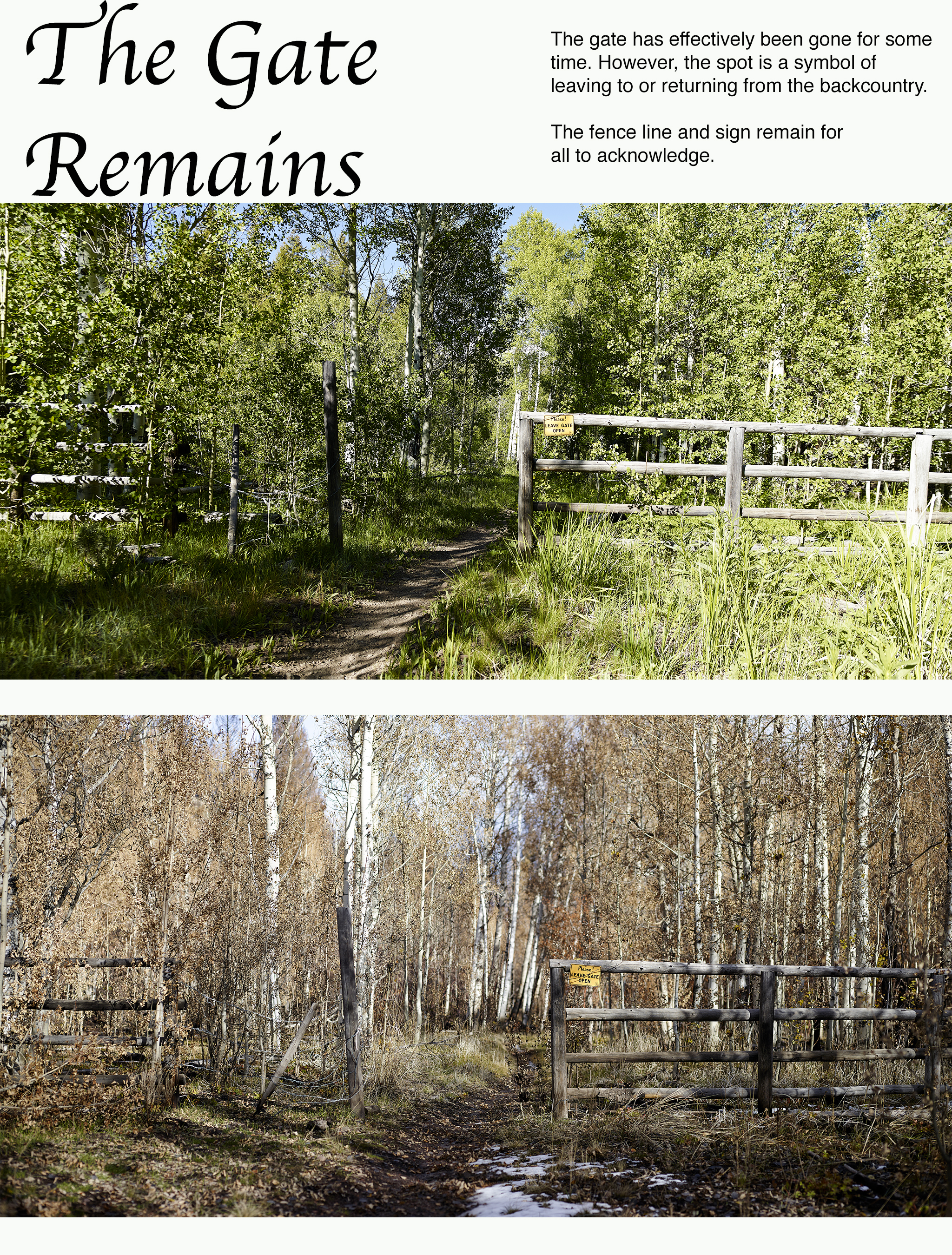 We displayed and discussed some of the area as it looks after the fire.