Idaho is often confused with Iowa. I could say something, but will not go there.  For those not confused, most know that Idaho is a rugged, fairly isolated place with a relatively small population. It is in the top ten states in terms of size and the bottom ten in terms of population. As most of you know we live in Hailey and Stanley and work in Ketchum.

February of 2019 brought record levels of precipitation (i.e., snow) to the region.  Sun Valley recorded 131 inches of snowfall.  During the last week of February the Weather Service predicted a snow storm lasting three days with bring 20-40 inches of snow.  The storm lasted six days and brought 48-72 inches of snow. I measured 53 inches of snow were dropped in the storm at the cabin in Stanley.  What was intended to be a 7-8 day stay has resulted a stay that will last three weeks.

In 2017 another Snowmaggedon occurred and I was trapped at the cabin.  I [sic. rightly] claimed [by rule] to be the first victim of the U.S. Government’s Travel Ban order.

Luckily, I have dog food, dog chews and dog toys.  I also have internet, phone service and satellite. Stanley Construction keeps our private road and the US Forest Service Road we need to use to get to the outside world clear.  We have a permit with the U.S. Forest Service to plow\snow-blow 1.25 miles of Iron Creek Trailhead Road during the winter.  It should be noted this crew is awesome.  The roads a cleared with a giant snowblower that leave them in better condition than most major-league baseball infields (except covered in snow).  Linda took the car, so I do not have one.  so the dogs and I use it for walking and cross-country skiing.

My Neighbor Doug and I headed out of the trees this AM, and I caught this image at sunrise. 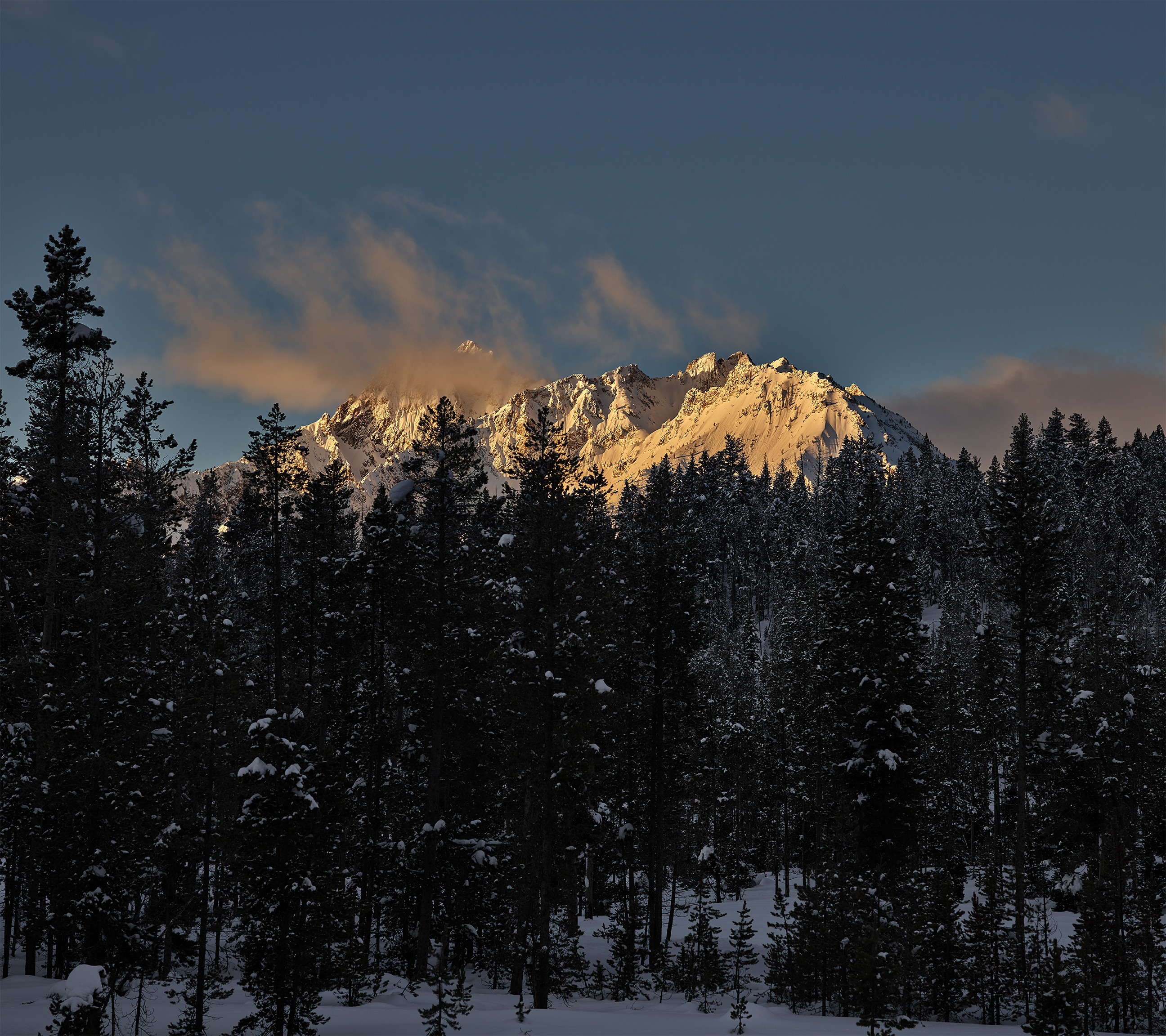