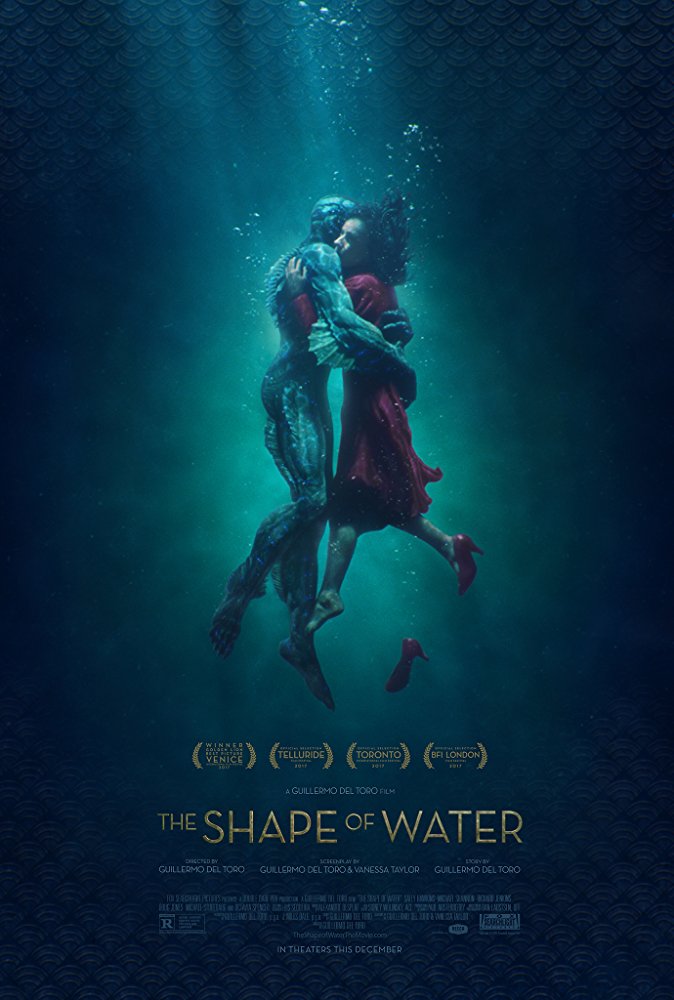 As The Shape of Water begins its 2 hour and three minute journey into your brain, I suggest you draw no conclusions about what is being presented until you have had some time to think about what you have just seen.

So while in the theater – go with the movie.  In the end you will be rewarded.  Why?

Sally Hawkins (Blue Jasmine, An Education, Layer Cake) is a joy to watch and embrace as the heroine who over comes the odds and stands above all others.  Hawkins performance is reason alone to see the film.

The Shape of Water is set in the 1960’s with many of the characters representing segments of the population (handicapped, devoted scientist, sexual persuasion, color of skin, Creature from the Lagoon) that had demonstrably more difficult challenges then than now.  Not to say it is easy for these segments today, but they could be arbitrarily kicked to the curb in the early 1960’s.  These characters are played by today’s most prominent film actors; Richard Jenkins, Octavia Spencer, and Michael Stuhlbarg.  Each of these three actors are, more often than not, a material reason as to why you like a movie.  They are good in The Shape of Water.

Then there are the bad guys.  Michael Shannon (Elvis & Nixon, Premium Rush, Take Shelter)  and Nick Searcy (Cast Away, The Fugitive, Moneyball) get to be really bad and they succeed in being believable.

So The Shape of Water while being almost arthouse in nature, staffed with the best of character actors in the industry is rather enjoyable to watch on the big screen.

Sally Hawkins in her roles in Layer Cake and Blue Jasmine is as good as it gets.  Both films are superb and Hawkins is a good reason as to why.

Michael Stuhlbarg co-stars in three films nominated for The Academy Ward for Best Picture in 2018:  The Shape of Water, The Post, and Call Me By Your Name.  Stuhlbarg was nothing short of brilliant in the lead role in A Serious Man.  Very cool to see this happen!