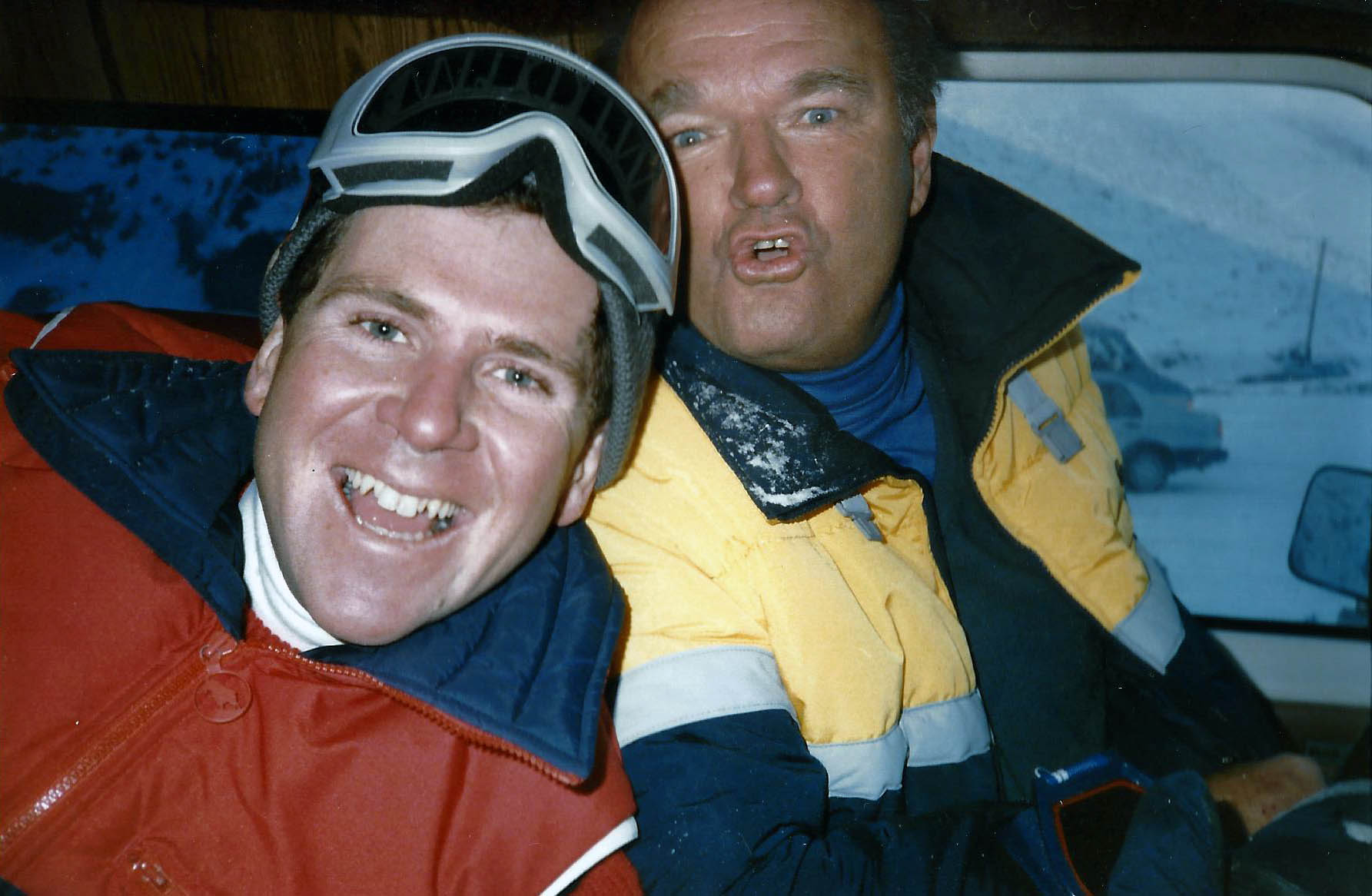 My sometimes business associate, and at all times friend by the name Warren Miller passed on a week ago.  I waited a week to start this Post. Rarely can you find yourself associated with a true Icon with a lasting legacy.  And in these times, one who does not prove to have clay feet (e.g., a complete jerk or subject to some horrific scandal that brings tarnish and shame).  Warren Miller was a story teller extraordinaire who just happened to make ski films and shape an industry like few if any others. Warren Miller was a story teller extraordinaire who also could use the medium of photography, written word, and illustration as a means of expression.

Warren Miller’s public exploits are well documented and the obituaries provide the highlights.  And while I could use this space to reminisce and provide detail of our collaborations and relationship; Newspaper Syndication, Computerizing Warren Miller Entertainment, countless ski trips, weddings, birthdays, vacations, Christmas etc, I think I will use it to discuss the private Warren Miller.

A girl\lady\tornado named Laurie entered Warren Miller’s life in the 1980’s.  Warren attempted to grab the tornado. Laurie likely added 50 and took away 30 years to Warren’s life expectancy (for a net +20).  An elegant tom-boy, Laurie, in my opinion, was the best thing since sliced bread to happen to my friend.  And because I am a guy who grew up without a sister, Laurie also proved to be my little-big sister.  Warren and Laurie married and it proved to be a colorful, passionate, intense, and an ever-lasting one. One of the private Warren Miller’s best jokes; “Lewis and Clark had Sacagawea, I’ve got Sacalaurie!”

The public Warren Miller could accept having his show homes on Orcas Island and The Yellowstone Club appear in magazines and feature stories.  The private Warren Miller was at his very proudest meeting me at the front door of his interim Orcas Island house converted from a garage by his own two hands (for the most part).  The beauty of the Warren and Laurie braintrust is they could envision something even when the path to the final result started with them on opposite ends, presented enormous road-blocks, and ups, and downs.

The public and private Warren Miller loved to espouse and promote that each person should search for their own freedom in all aspects of their life.  The private Warren Miller possessed an almost unending appetite for the next new thing.  Because of his mental and physical gifts coupled with dogged determination, Warren could quickly become competent in his new subject of interest.  The result?  New material for new stories to be told.

2 Replies to “Warren Miller Public and Private – Always a Friend”