I receive a call from my friend Dion early in the afternoon.  He tells me that the Surf is going to be Up in a Big Way in front of my house in Waimea late in the afternoon.  Dion tells me that he is going to be surfing and my presence is requested. Dion suggests even the Border Collies and Linda might be impressed.  Wow!  If true, that would be Big.

The issue for me is that while taking the call, I am driving in the opposite direction (toward Lihue). I tell Dion that I do not think any kind of photographic shooting will occur given the tasks at-hand before me.  Dion, one of the sharpest young guys I have met in a while – suggests that another day will present itself for a great shoot.  He is gracious, and a better man than I.

Fast forward… I get home about 4:30 PM.  The beach at Waimea Town is a buzz. The Surf is Up in a Big Way.  There are groups of people on the beach watching the action – stretching the 100 yards from my house to the mouth of the Waimea River.  The kids from the Waimea Canoe Club are fully engaged in participation. Nothing can be better to my my eyes.

I walk from the house to the mouth of where the Waimea River meets the Pacific. Two of the young members of the Waimea Canoe Club tell me that Dion is way out and on his long board.  I look out and spot Dion. I wave to Dion (who is located somewhere between Kauai and Fiji).  Surprisingly, he acknowledges my signal.  Dion adjusts his approach, surfing to our agreed upon plan.  This adjustment will allow for successful image capture.

On one run, Dion nails the surf and signals to a friend in the water of the success. 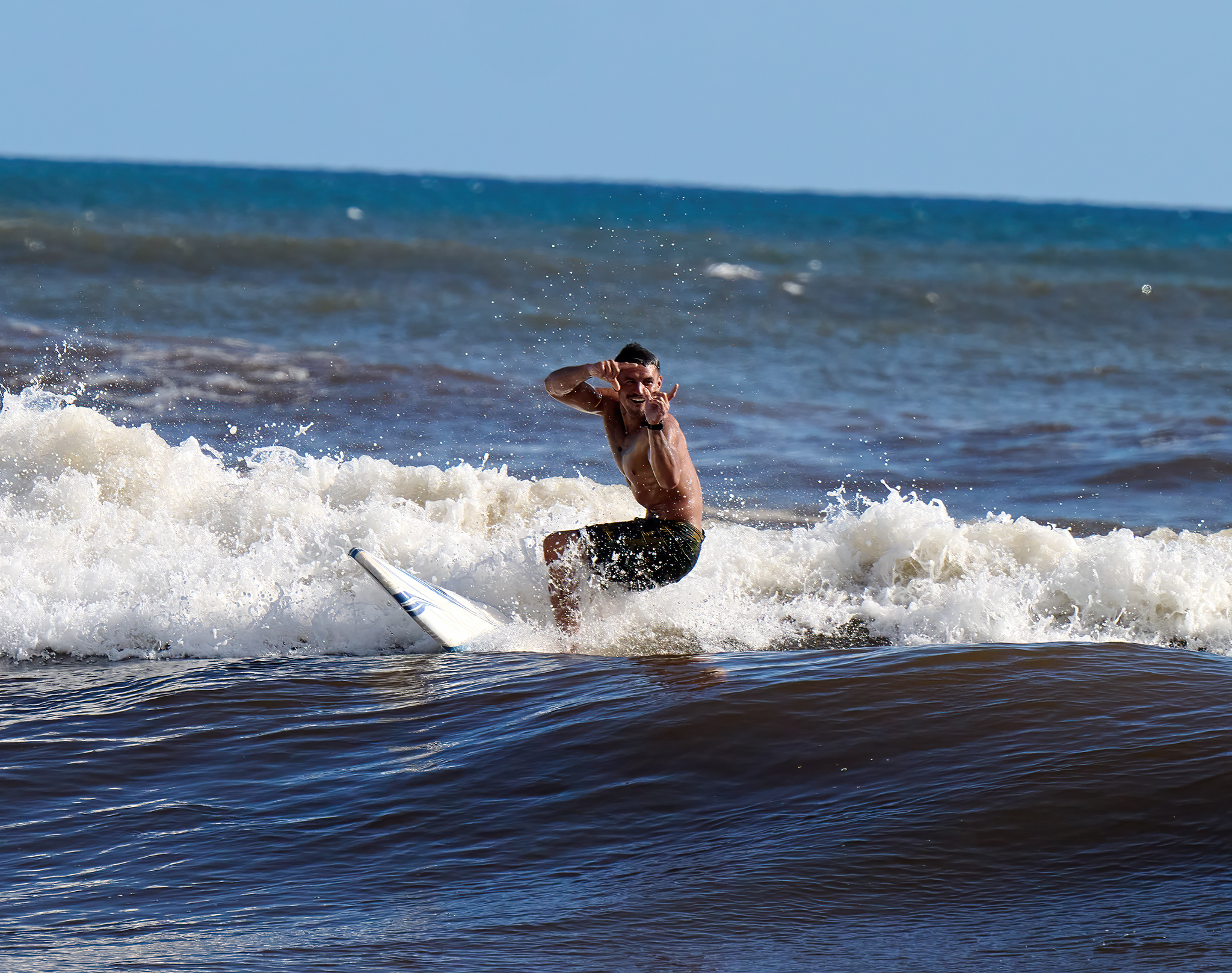 On the beach at mouth of the river, the surf at times – is above my knees.  It is knocking the Canoe Club kids off their feet. They love it. I am used to (and prepared for) the condition.

Dion, as shown below, successfully completes a run right-to-left that ensues for more than sixty seconds. 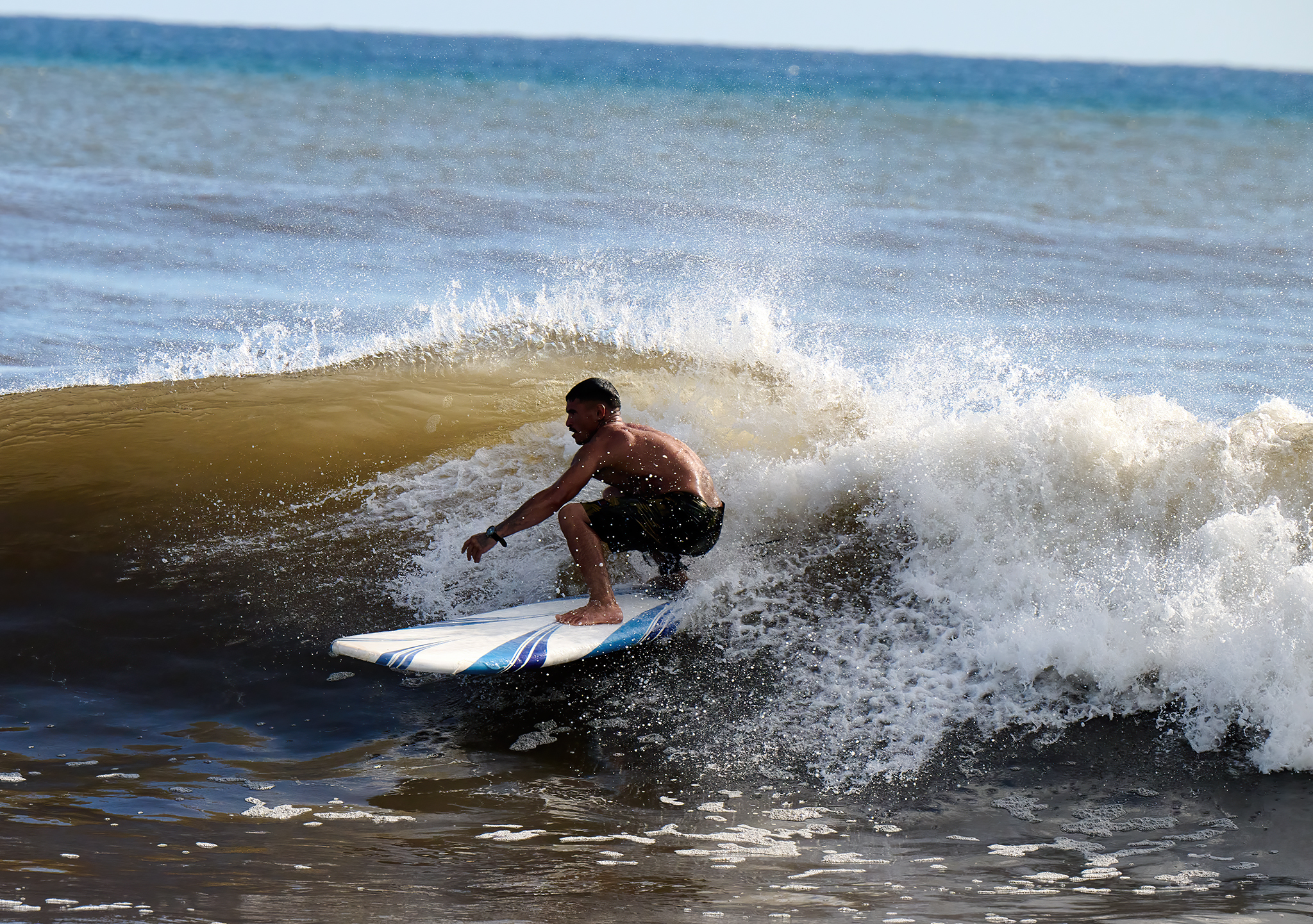 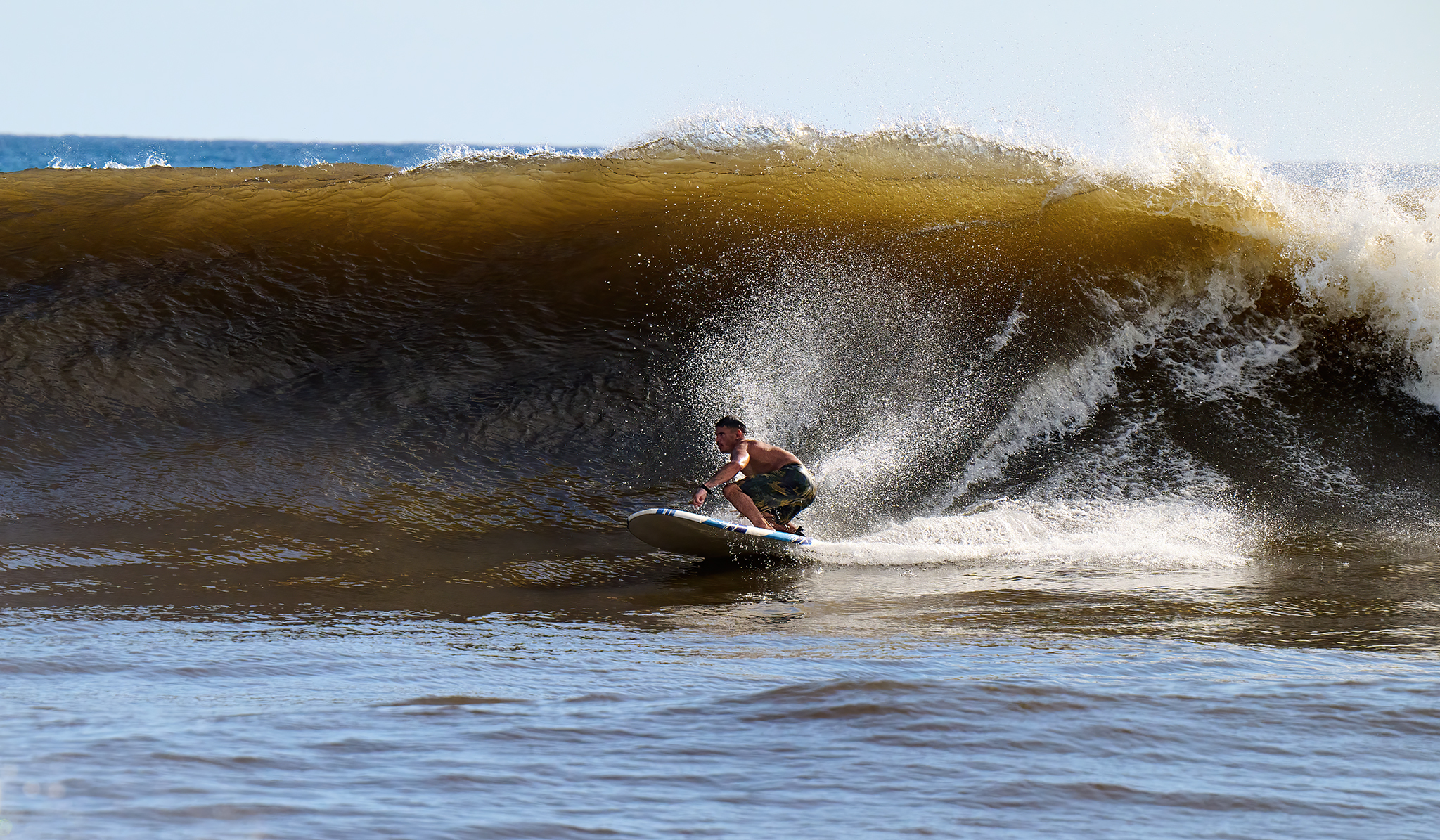