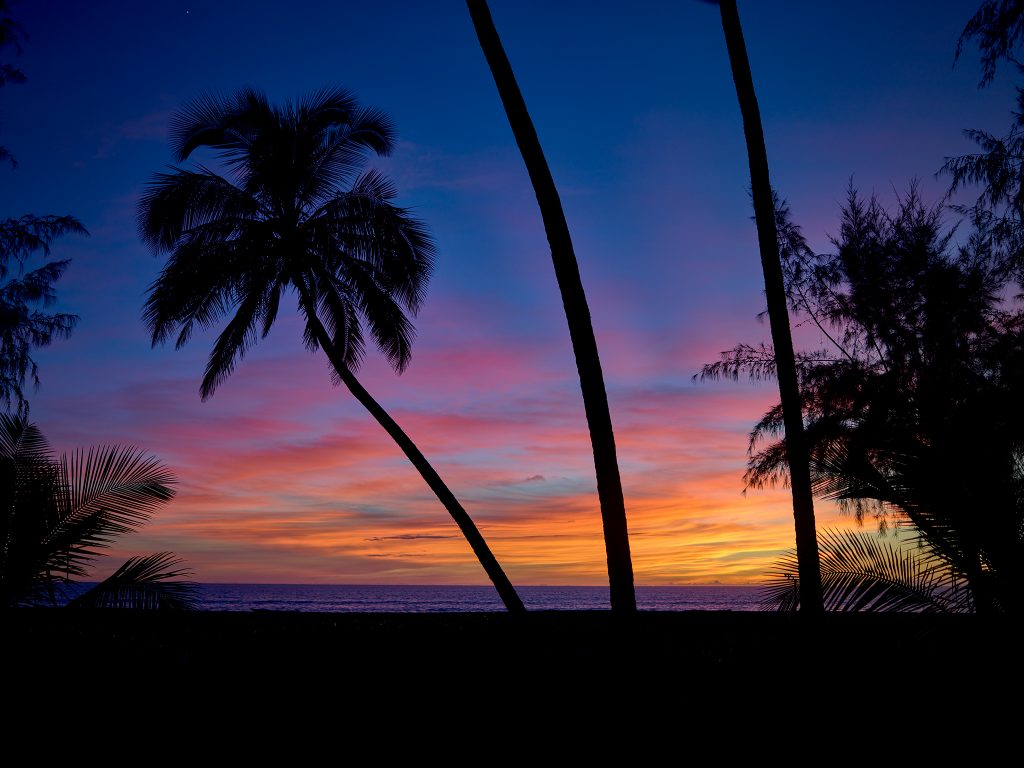 The Sunsets from the west side of Kauai are proving to be as advertised – sensational.  As the sun moves north and south throughout the year, the very best spot on Kauai changes  A good deal of time, the best view is from our home located on the oceanfront beach in Waimea town just north of the Waimea River.  In Mid November the sun is setting West Northwest of the house.  On December 21st the shortest day of the year, Sunset will be due West.

The images below are screen shots from one of my favorite tools – https://photoephemeris.com. I use the site extensively in planning what I capture and when.  The images reveal the location of the sun – from many different perspectives – throughout the day.