The Adult Male Rocky Mountain Goat leads – for the most part – a solitary life.  Other than when breeding in the fall time, he is often on his own.  The Adult Male Rocky Mountain Goat (AMRMG) is not a family man. He can often been seen over looking his domain standing on a rock outcrop. He often spends the night lying on a bed created in the late afternoon.  Sometimes the AMRMG resides in his very private Man Cave. 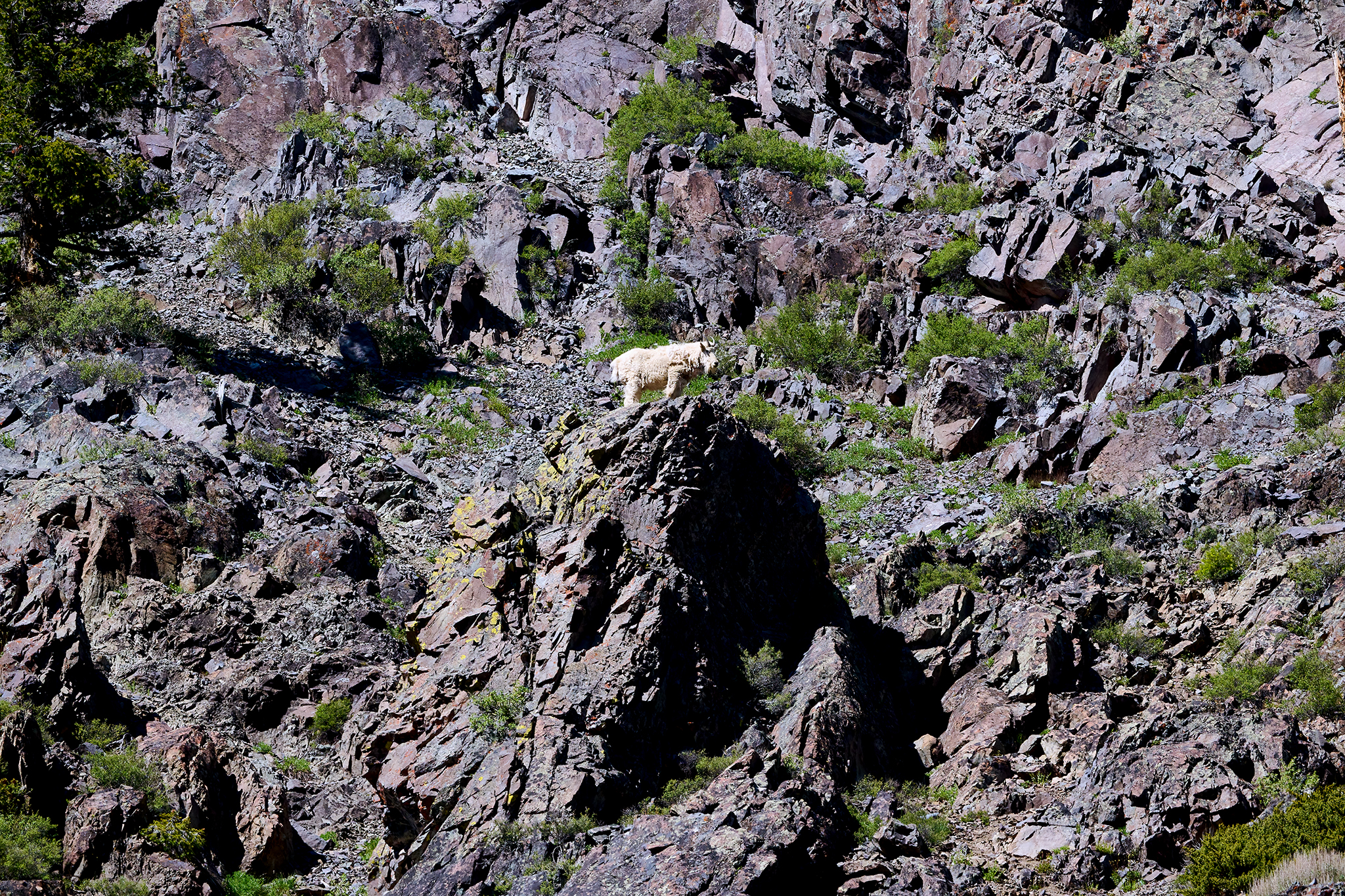 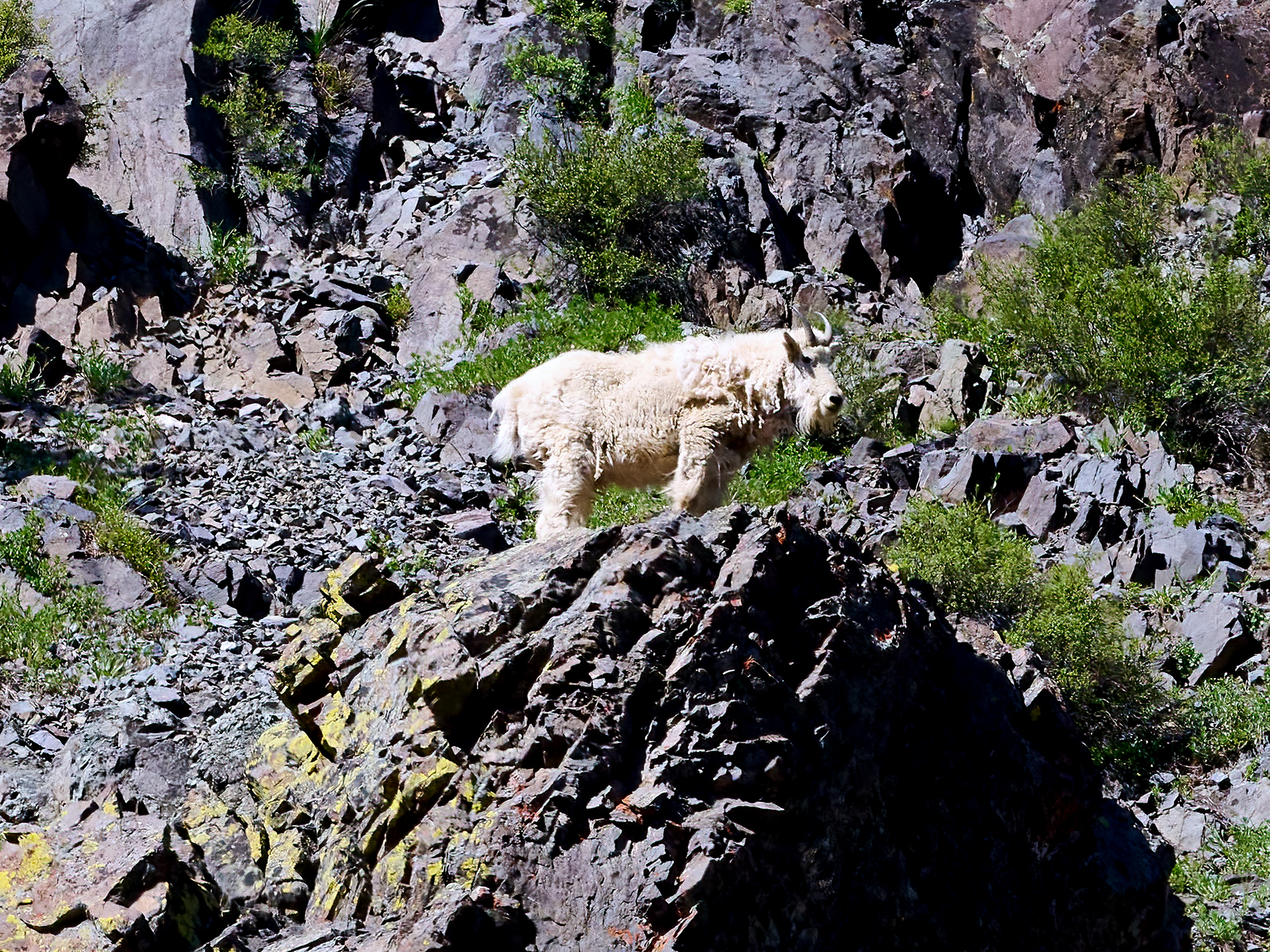 This AMRMG calls the Black Rocks home. The Black Rocks are a section in the Prairie Creek drainage of the Smoky Mountains.  All of the region sits within the Sawtooth National Recreation Area (SNRA) a few miles north of the towns of Ketchum and Sun Valley.

Nappy Neaman and I are 1/2 mile of travel into conducting an summer evening photo-shoot of Mountain Goats when we run into this AMRMG.

Nappy spots our subject high on the north side of the canyon as the AMRMG is making a bed for the night.  Our subject takes notice soon after. 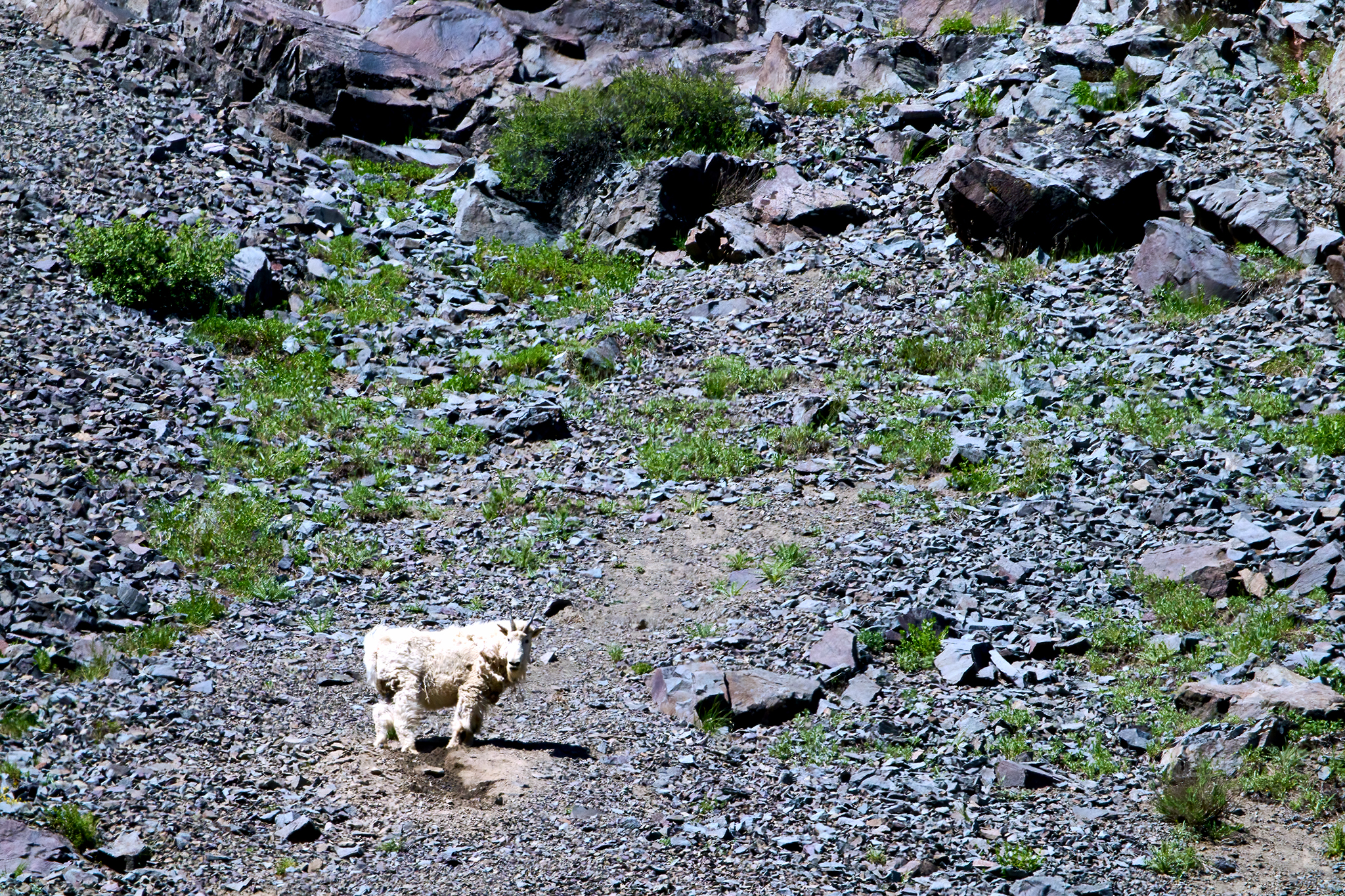 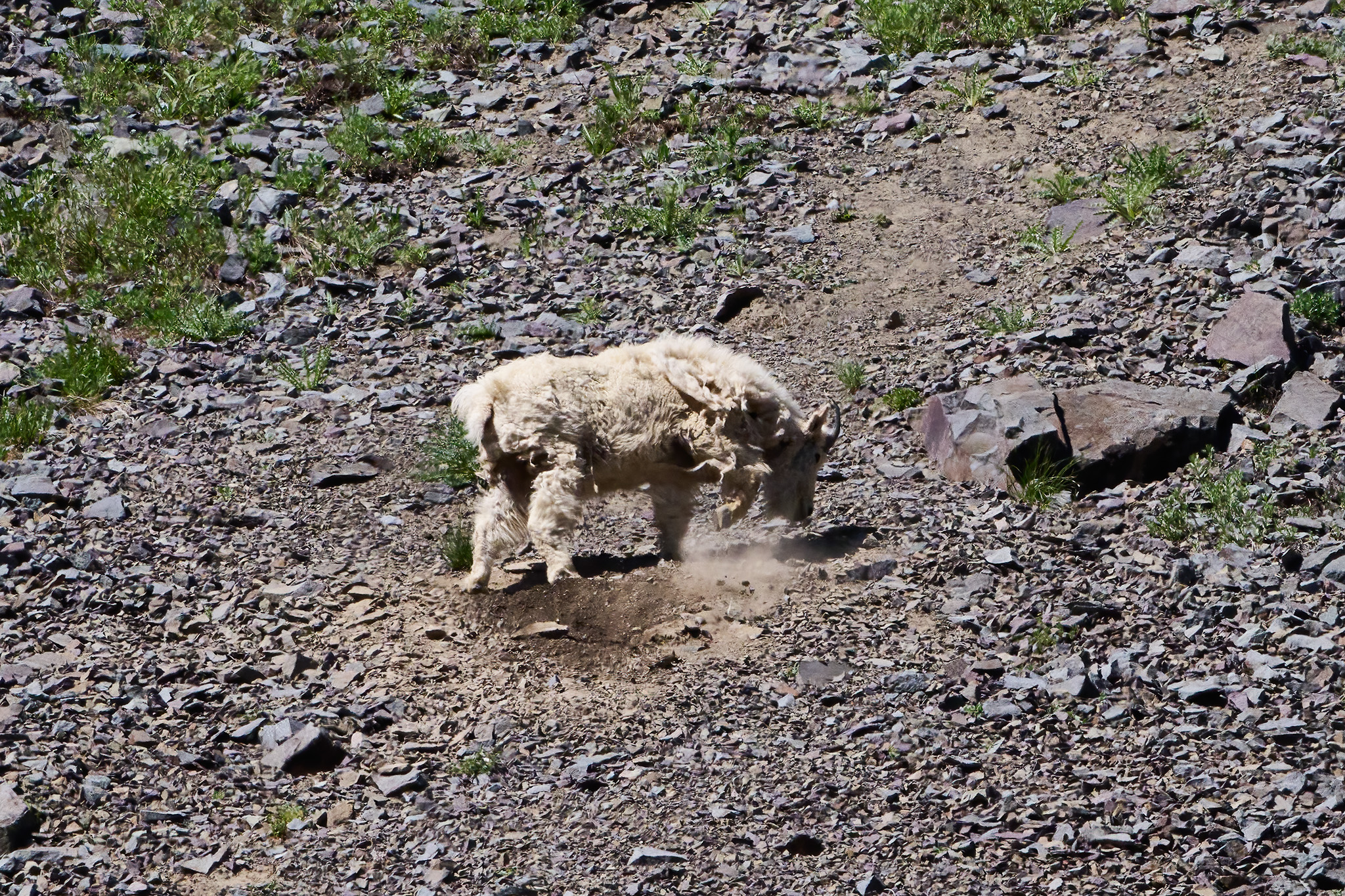 After a few moments our subject goes back to the task at-hand  Soon after the AMRMG gets his bulk work completed and squadron of F-15 Strike Eagles from the 366th Operations group out of Mountain Home Airforce Base fly directly overhead.  The sound and imagery of the Fighter Jet’s is powerful.

Our subject does not not seem to like the situation unfolding before him.  The AMRMG decides to abandon his position. 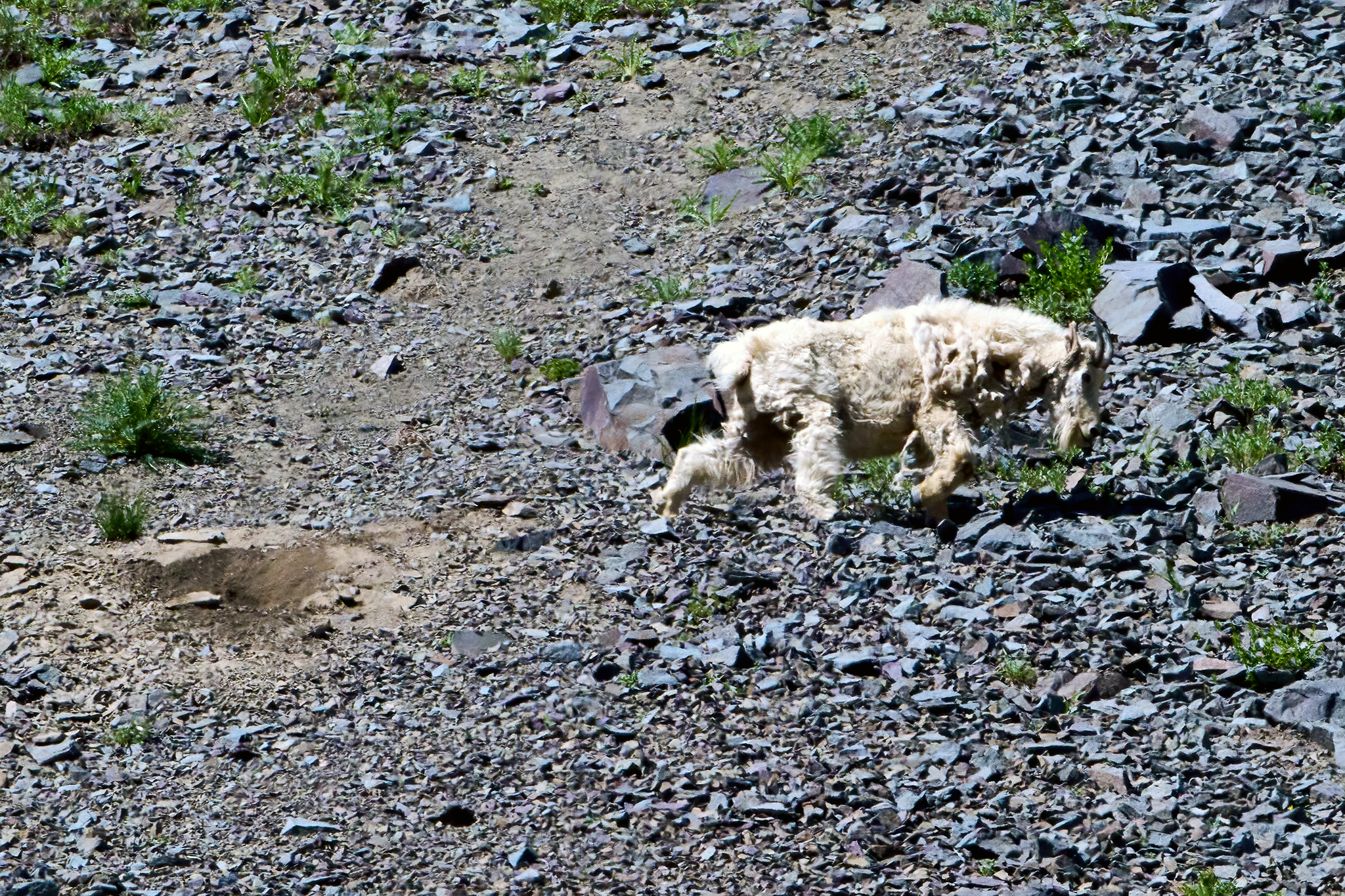 After traversing the high canyon the AMRMG finds his perch. For a good period of time, our subject 360 degree check of the area – as if to determine its suitability. 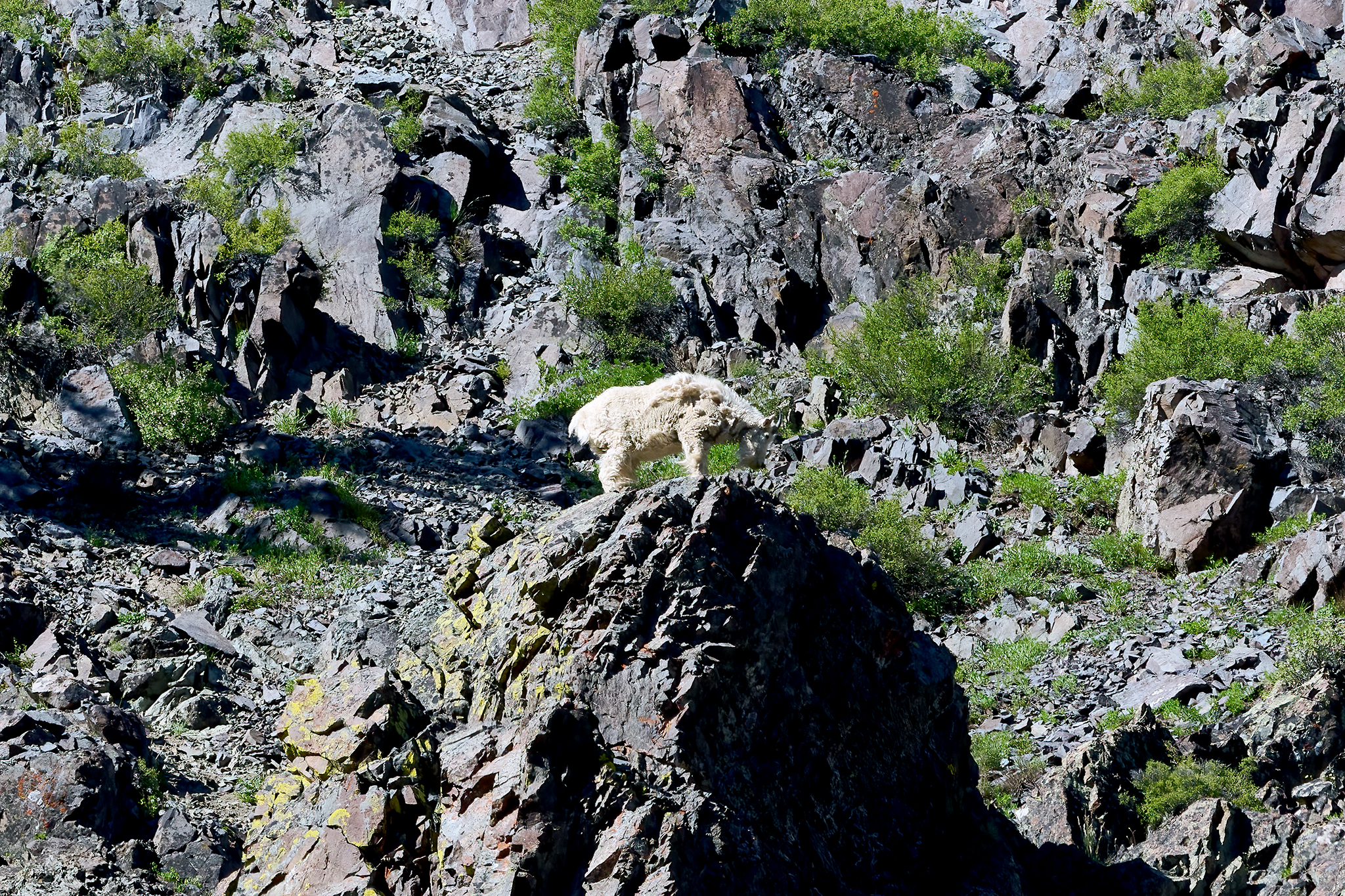 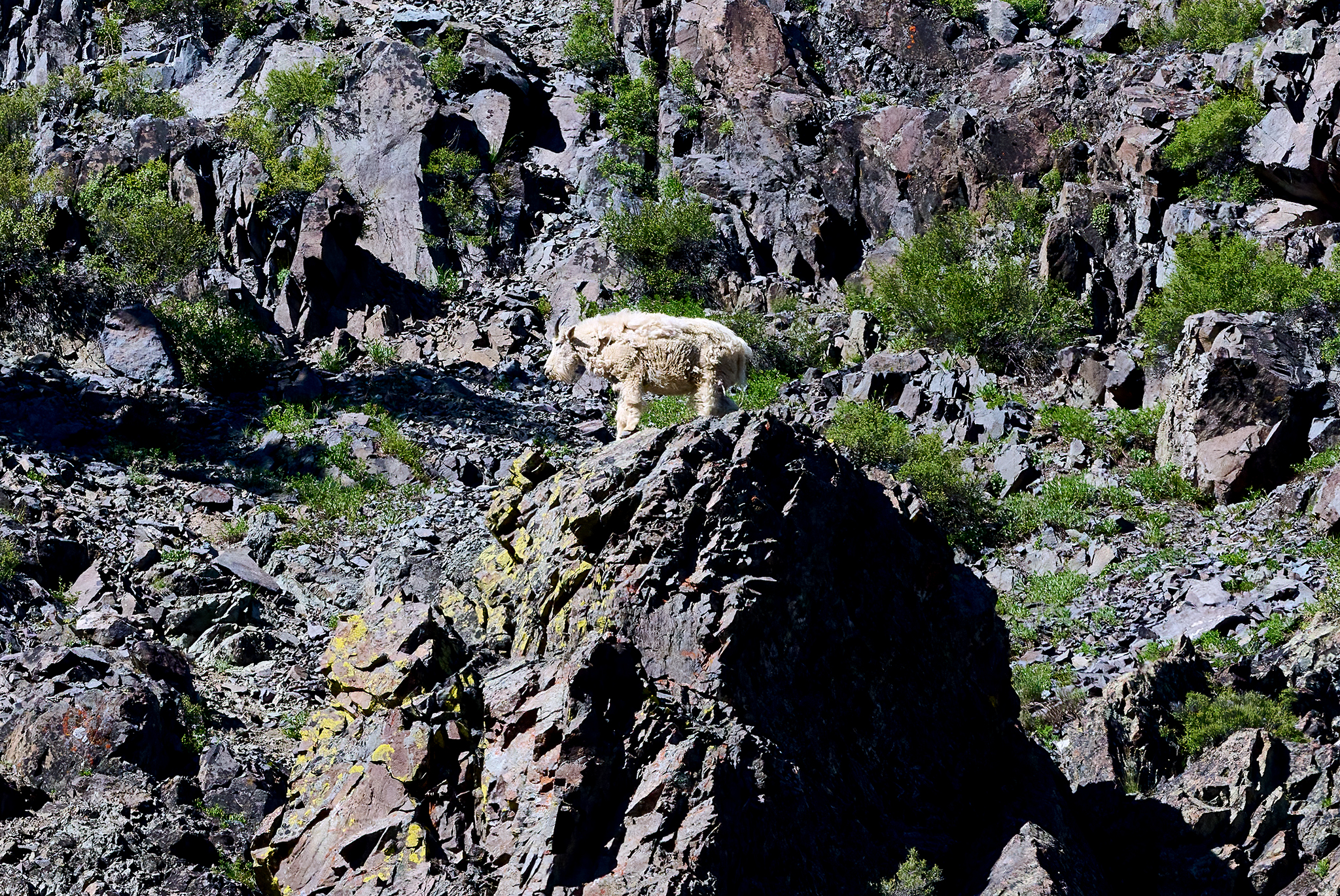 Our subject eventually establishes this is the spot to bed down for the night.  Subsequently the AMRMG grabs a bite to eat (i.e., mulch at his bedside) and preens his hoofs. 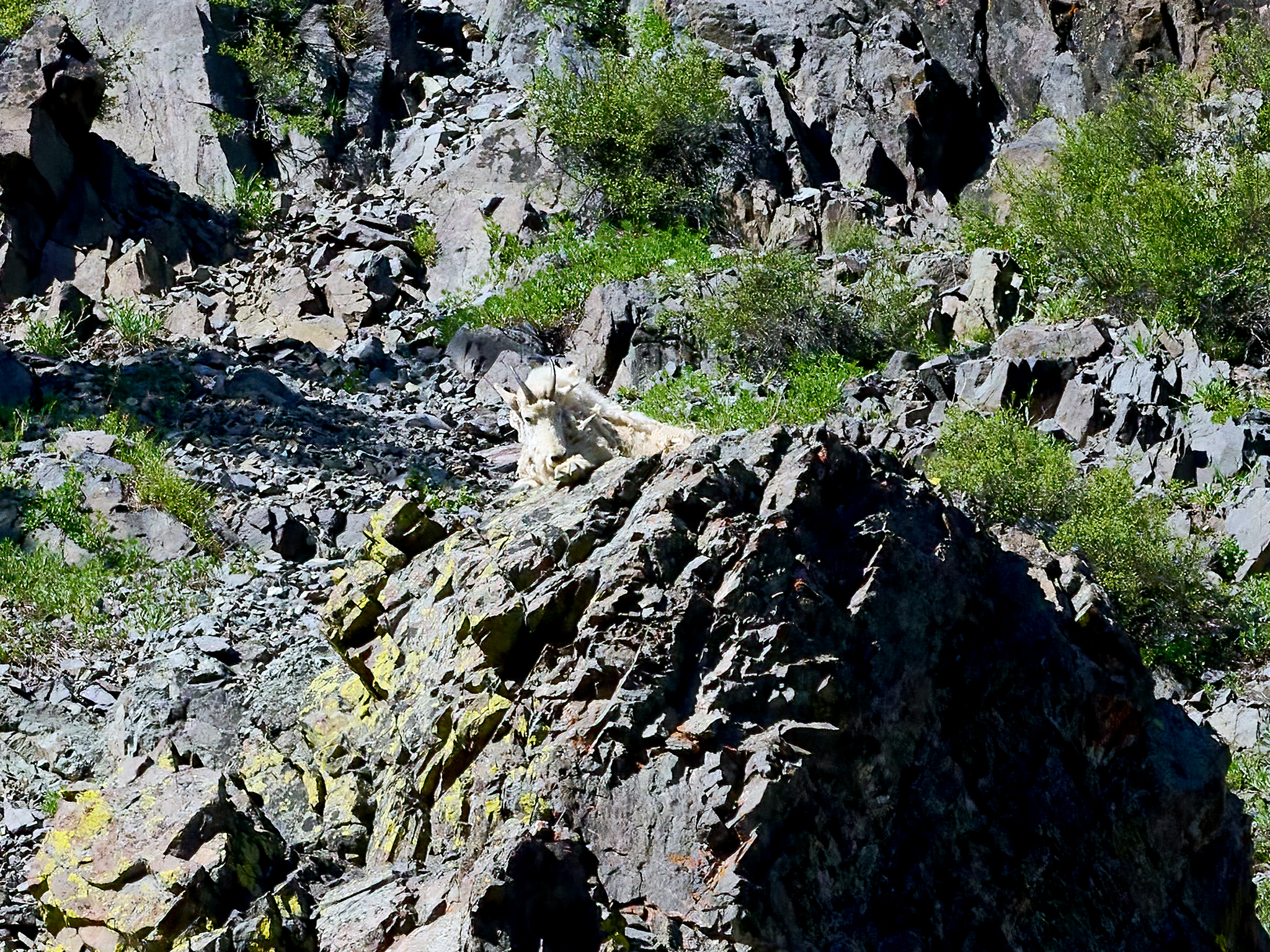 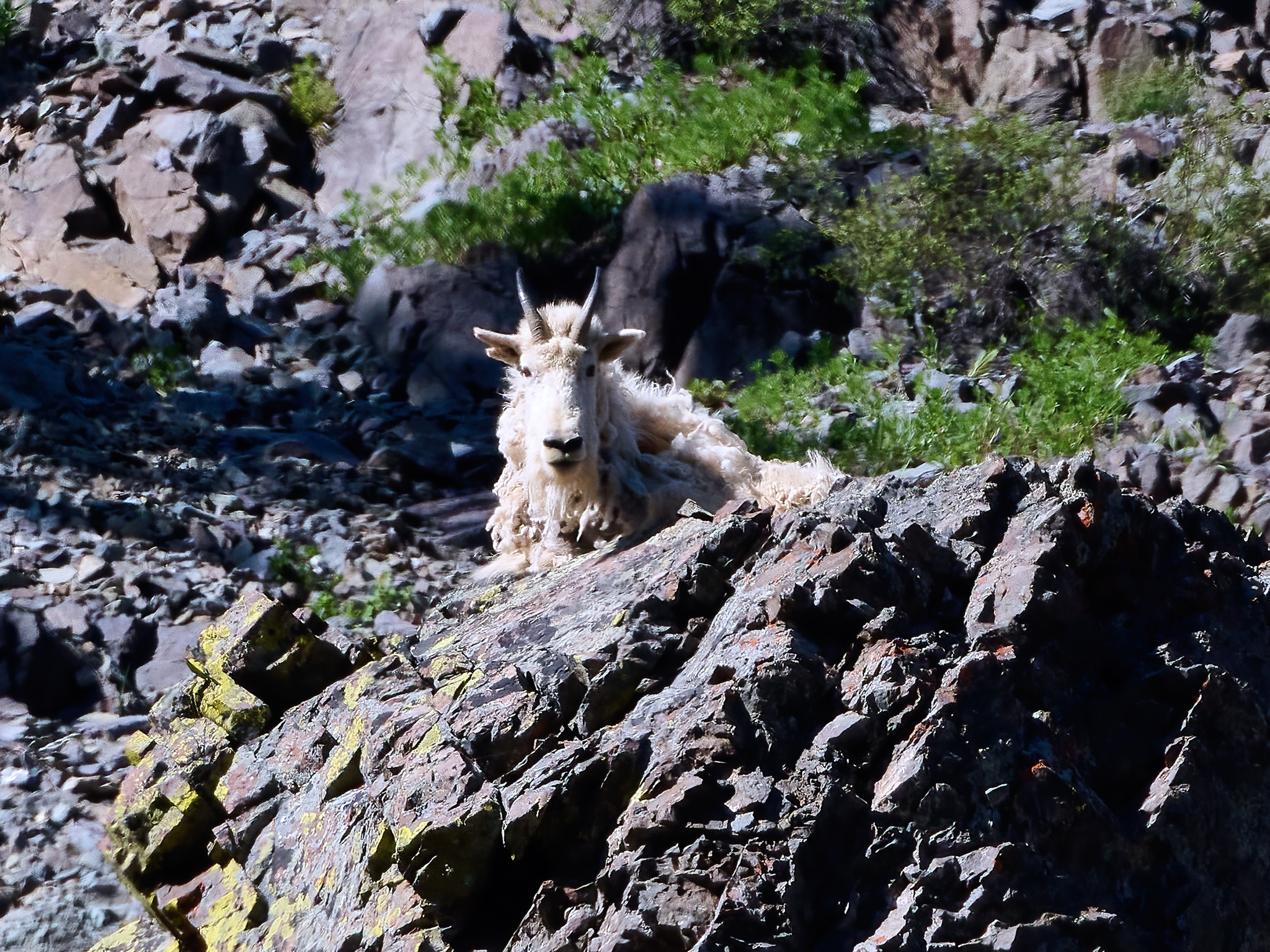 2 Replies to “Big and Dominating in the Black Rocks”