The Lubeck’s have a Rooster and three Lady friends as co-residents. By all accounts they have been a group since early January.  By count (on record), the three chickens had recent hatchings of (12,10,&4)

According to Kauai County Court Records, the birds have declared 9930 Kahakai in Waimea as their domicile.  Hawaii is a “Crow Your Ground” State. 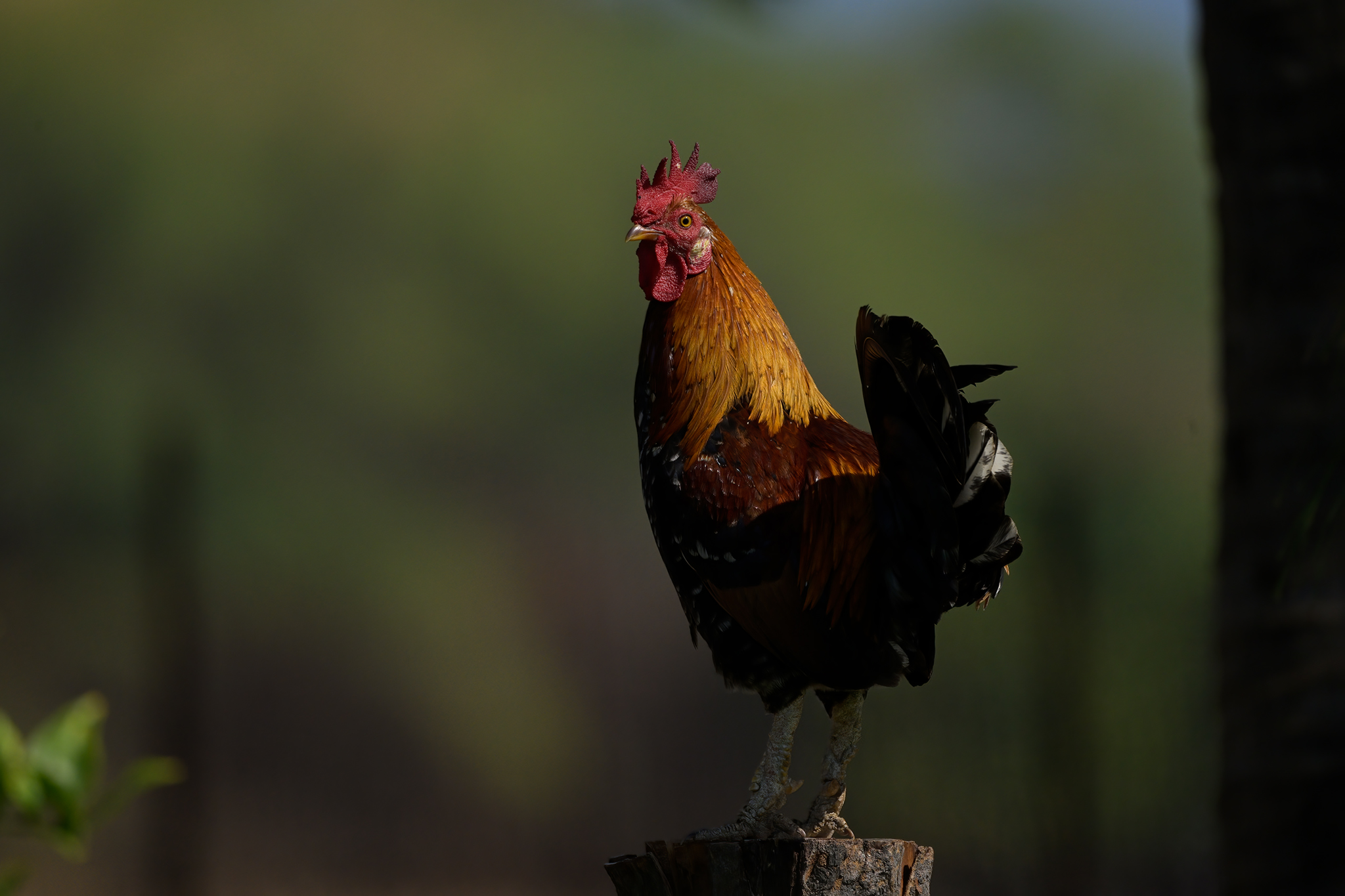 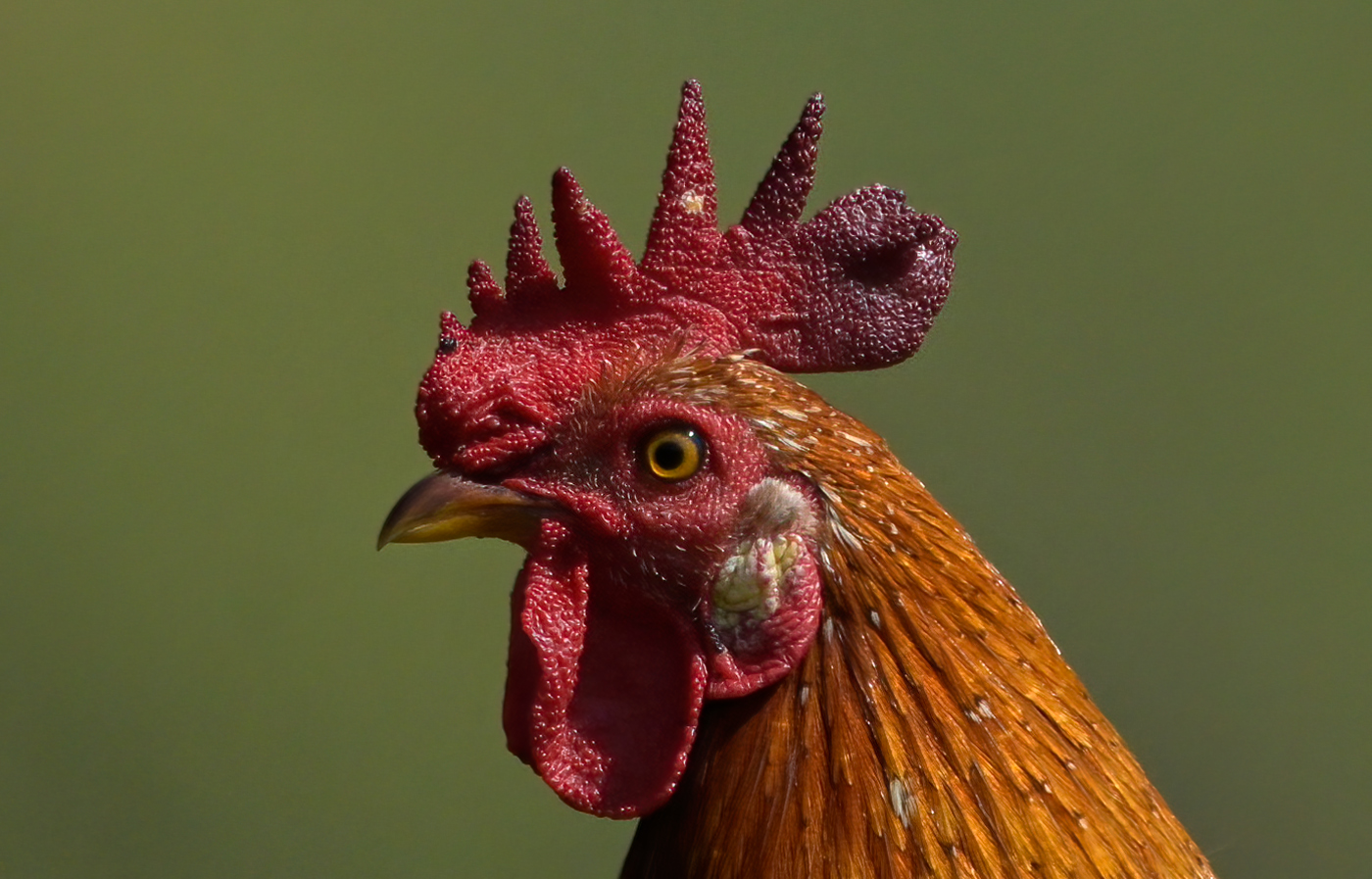 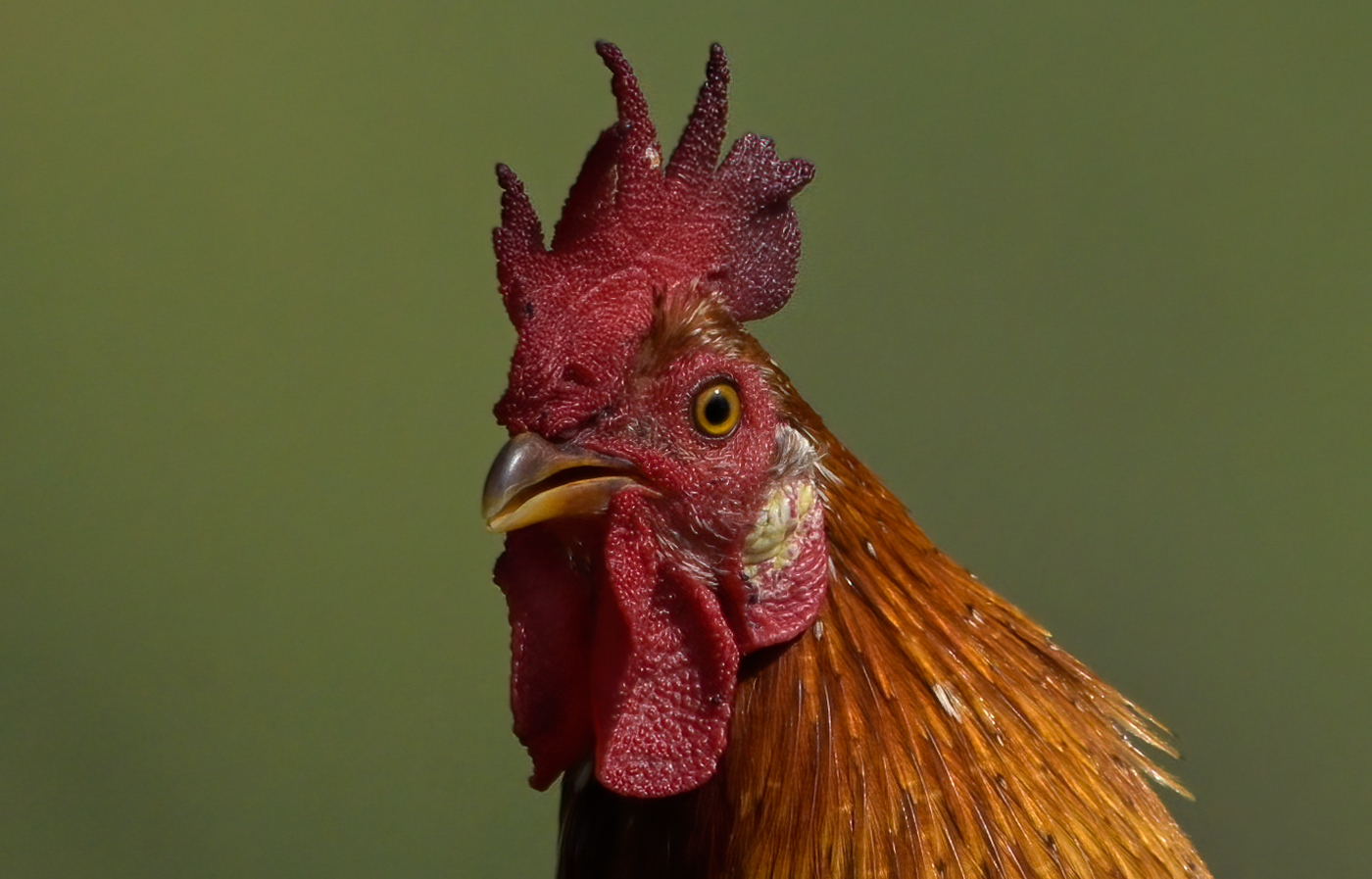 I captured images of our handsome Rooster late in the afternoon as he was crowing.  I was on the other side of the property trying to capture an image of him using the new Nikon Z PF 800mm lens Hand Held.  It is hard to explain, but this ability is silly good, I say silly good.  The lens at 5.2lbs is still heavy, and unwieldy, by most standards.  However, its father weighs in at 12 lbs. and Grandfather at 13.2 lbs.  I know first hand, and has we have them in  the stable.