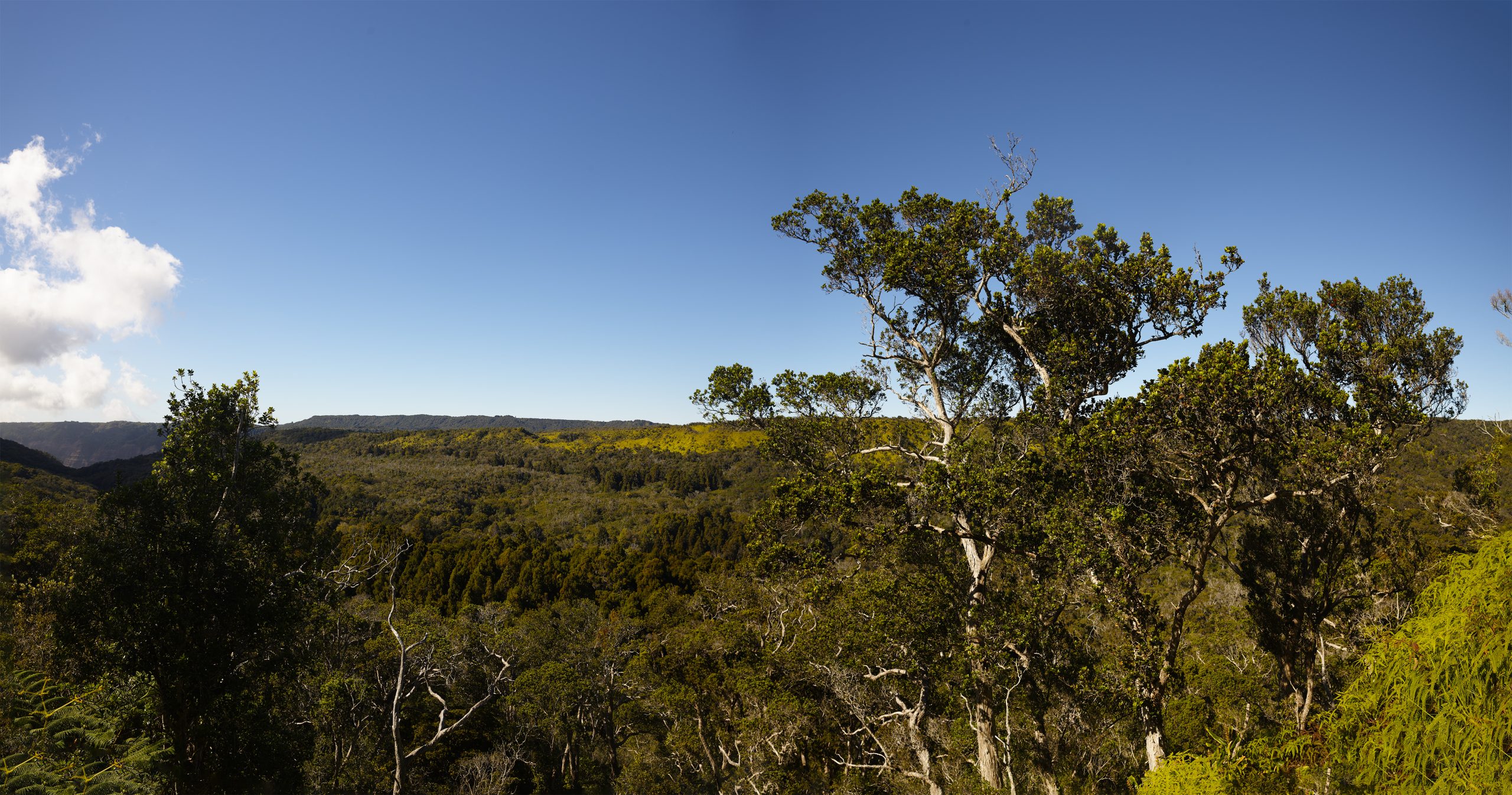 The Alakai Wilderness on the island of Kauai is a fascinating and confounding place.  It is a region of the island that is isolated from larger human population centers and is somewhat difficult to reach.  Within the Alakai Wilderness there is a collapsed Volcanic Crater (sacred ground to native Hawaiians), The wettest spot on earth, the tallest mountain on the island, the highest elevation swamp on earth, some of the most magnificent water falls on earth, canyons 3,500 feet deep and high alpine desert. All are located within 20 air miles of the Pacific Ocean.

This story is not about the Alakai Swamp area, which I have written about previously [here].  This story is about the high elevation areas of the Alakai Wilderness that overlook the swamp. Eventually The High Alpine region enjoins the swamp just below the rim of the crater of the collapsed Volcano (Mt. Wai’ale’ale). 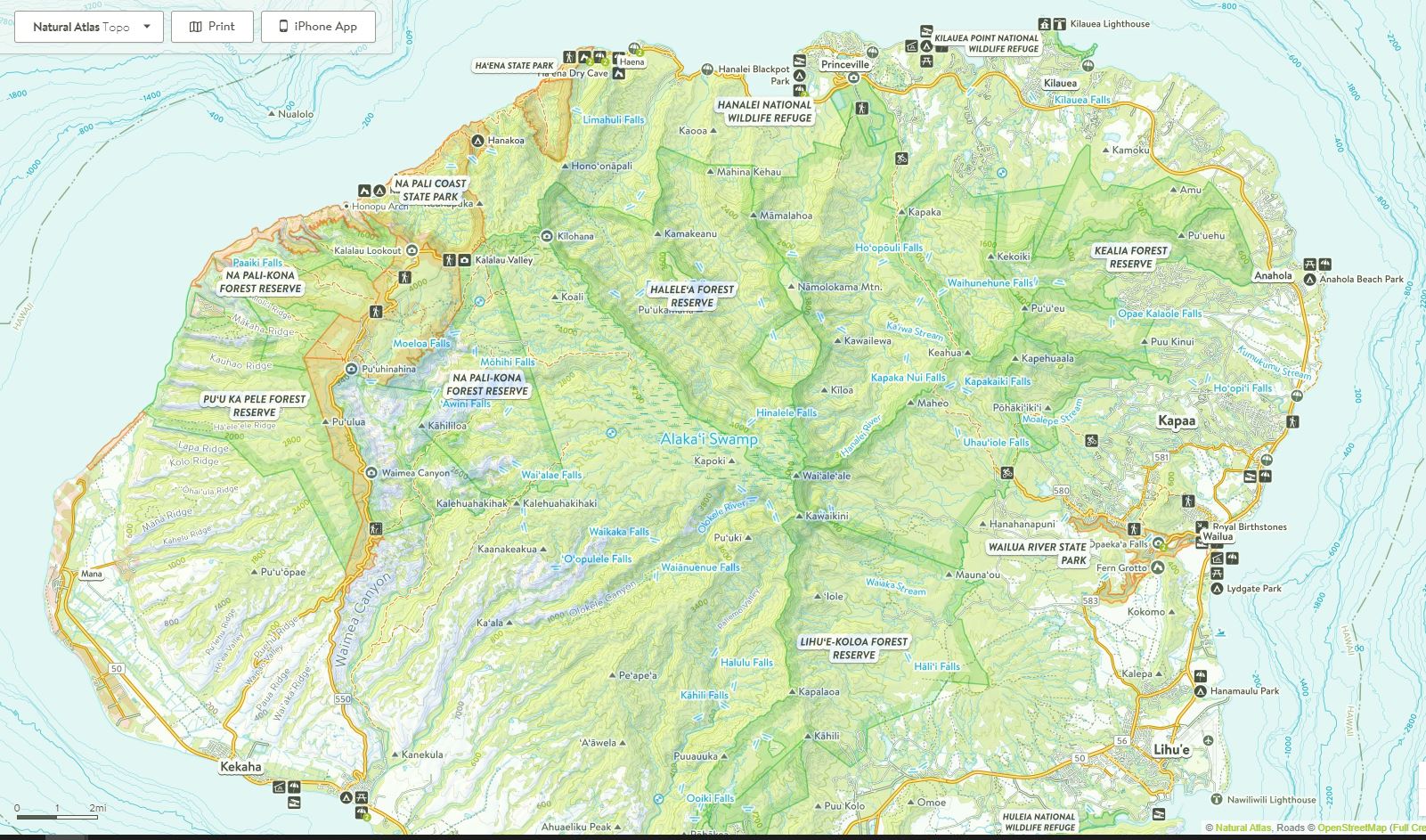 The high elevation areas of the Alakai Wilderness on this trip are along the Mohini-Wai’ale’ale trail.  The route involves bursts of 50-400 vertical feet of gain or loss that often involve heavy vegetation and a slick trail-bed.  The Mohini-Wai’ale’ale trail is 4.5 miles in length.  The trail covers ground from the Mohini Camp 10 campground to the Alakai swamp. The remainder of the trip to Mt. Wai’ale’ale is off-trail and through the swamp – 6.5 miles.

Decades ago there was a semblance of a trail for locals to follow and celebrate at the summit.  Hurricane Iniki (September 5, 1992) wiped out this trail, damaged or destroyed 14,500 homes and in most respects denuded to island.  The top measured wind was 217 MPH Makaha Ridge (no calibration performed).  Iniki did not visit long – it passed through in about 40 minutes.  However, the State of Hawaii’s Department of Natural Resources decided to  build a fence on long stretches’ of the upper elevation to keep feral pigs from destroying the habitat.  Luckily, Kauai has no snakes or rabies.  However, it does have pigs which man brought to the island to raise and eat. An unintended outcome of the “Pig” fence is there is a stable piece of land bordering the fence to the summit of Mt. Wai’ale’ale.  It is my plan to eventually reach the summit. 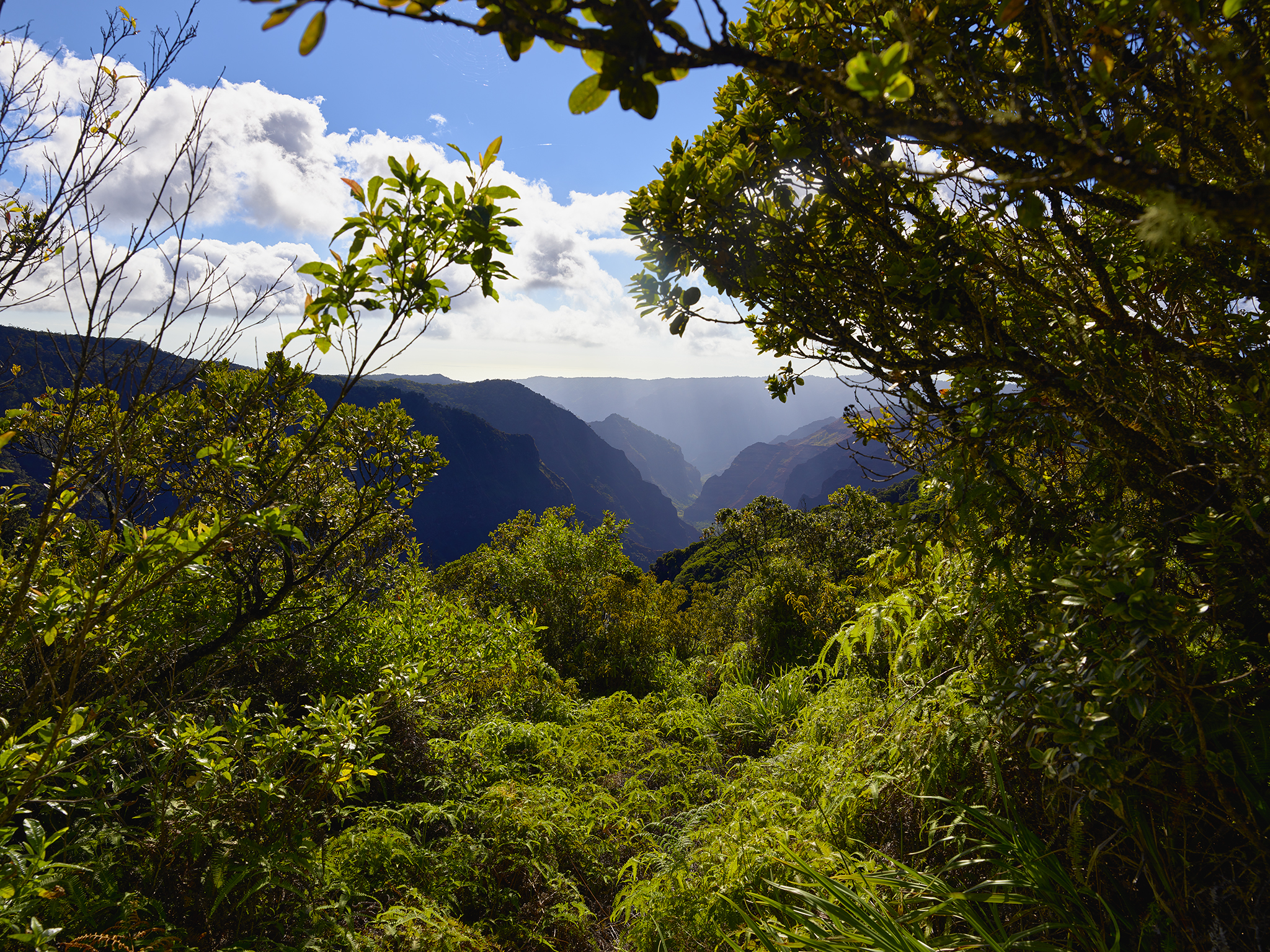 The Koai’e Stream Canyon as seen from the top of the ridgeline of the Alaka’i Wilderness.

I have been taught by Hawaiians to pronounce Alakai as AL-uh-cuh-EYE-ee. The word means: Leader.

5 Replies to “Capturing Kauai – A Trek Into the Alakai Wilderness”