The Alakai Wilderness Preserve of Kauai is like few – if any – other places on earth. Situated within its boundary’s is the world highest elevation swamp, the wettest place in recorded history, an ancient volcano, lush streams with tropical flowers located no where else on earth, and dense mountain forests of large tall trees.

The Alakai Wilderness Preserve is located at the upper reaches – and eventually the top – of the island.  To reach one of its entrance points requires a 21 mile drive from the beach town of Waimea.

The first 15 miles are travelled on the remarkable Highway 550 up the Waimea Canyon – the Grand Canyon of the Pacific and Kokee’ Mountains that act as the summits of the extra-ordinary Na Pali Coast.

The last six miles to the trailhead traverse the upper reaches of the island via the Camp 10 Road.  The Camp 10 Road is a four-wheel drive effort on a rugged roadbed.  The roadbed is sturdy and not too perilous in terms of a risk of driving off a cliff.  However, it is full of short bursts of steep up and down sections that can be bogged down or temporarily wiped out by rains.  I made two attempts to reach the trailhead earlier this year with the route blocked by the road being washed out.  However, the recent dry weather affords me the opportunity to explore the Preserve.

The route across the entire Preserve to the Wai’ale’ale Volcano Crater is 10 miles in length.  Only the first 3.5 to 4.5 miles can be covered on the Mohini – Wai’ale’ale trail.  The remainder is through the Alakai Swamp.  The trail once reached the Wai’ale’ale Volcano Crater.  Unfortunately, Hurricane Iniki – the worst on record for Hawaii – wiped out the trail along with 7,500 homes on the island in 1992.  In 40 minutes no-less.  However, a Feral Pig blocking fence was recently installed by the the Department of Lands on the entire ridgeline which can be used for travel for about 3 of the last 5.5 miles.  Given its remote nature, swamp setting, and 460 inches of rain annually – I cannot imagine the effort required to build, let alone complete, such an effort.

On this day, I along with Lubeck Border Collies – Sage and Willow – attempt to explore the first 3 miles of the trail. 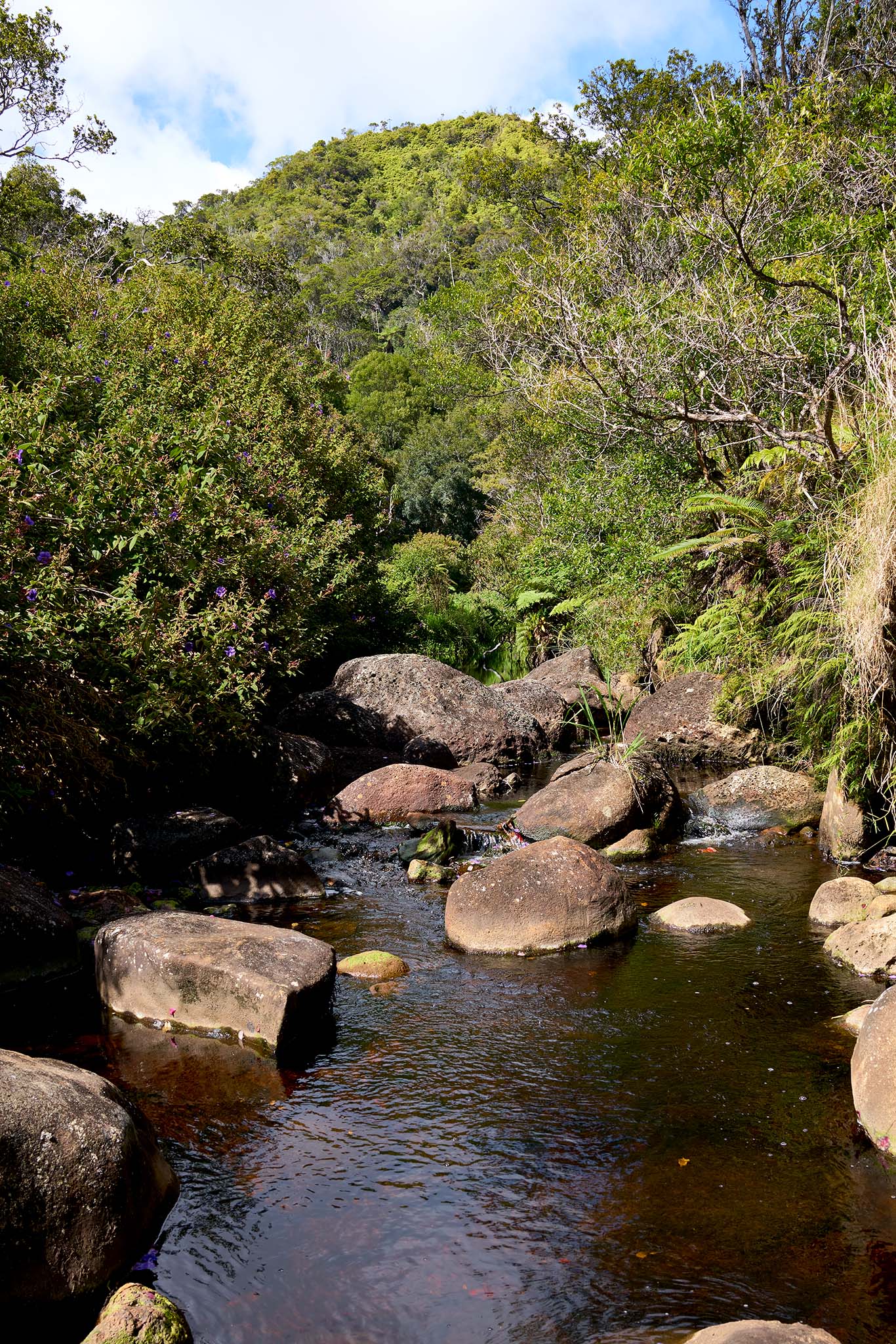 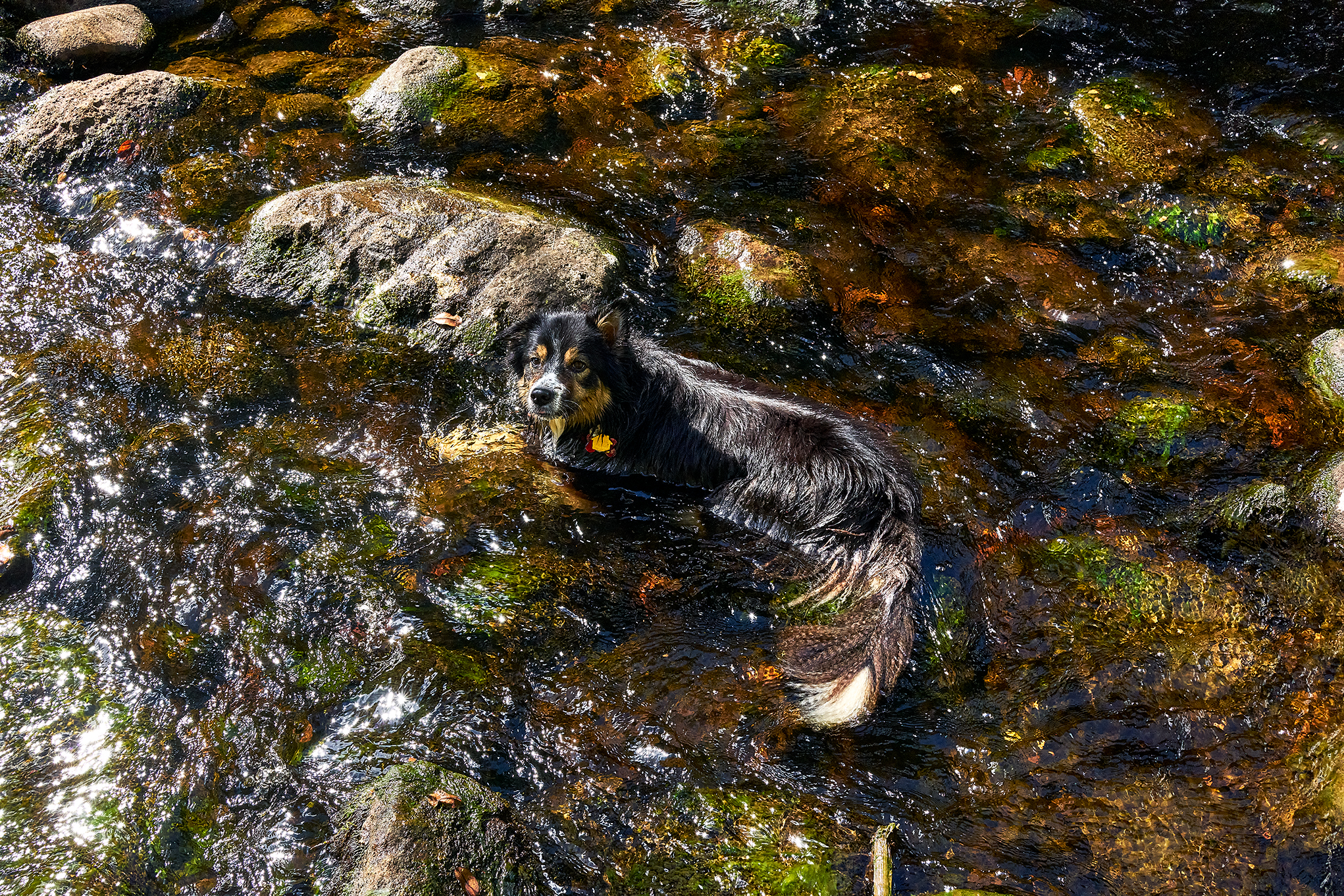 The trail starts at the Camp 10 trailhead\Picnic area.  Initially, the trail drops down to and crosses the Mohini Stream.  The crossing is straight forward in dry weather, but is subject flash floods that would make the situation perilous.

The trail is not particularly well marked (i.e., none that I have found).  There are hunters trails that can cause confusion as well.  The early part of the route following the stream is full of colorful flowers and plants.  The trail turns to the right and uphill soon after crossing the stream. 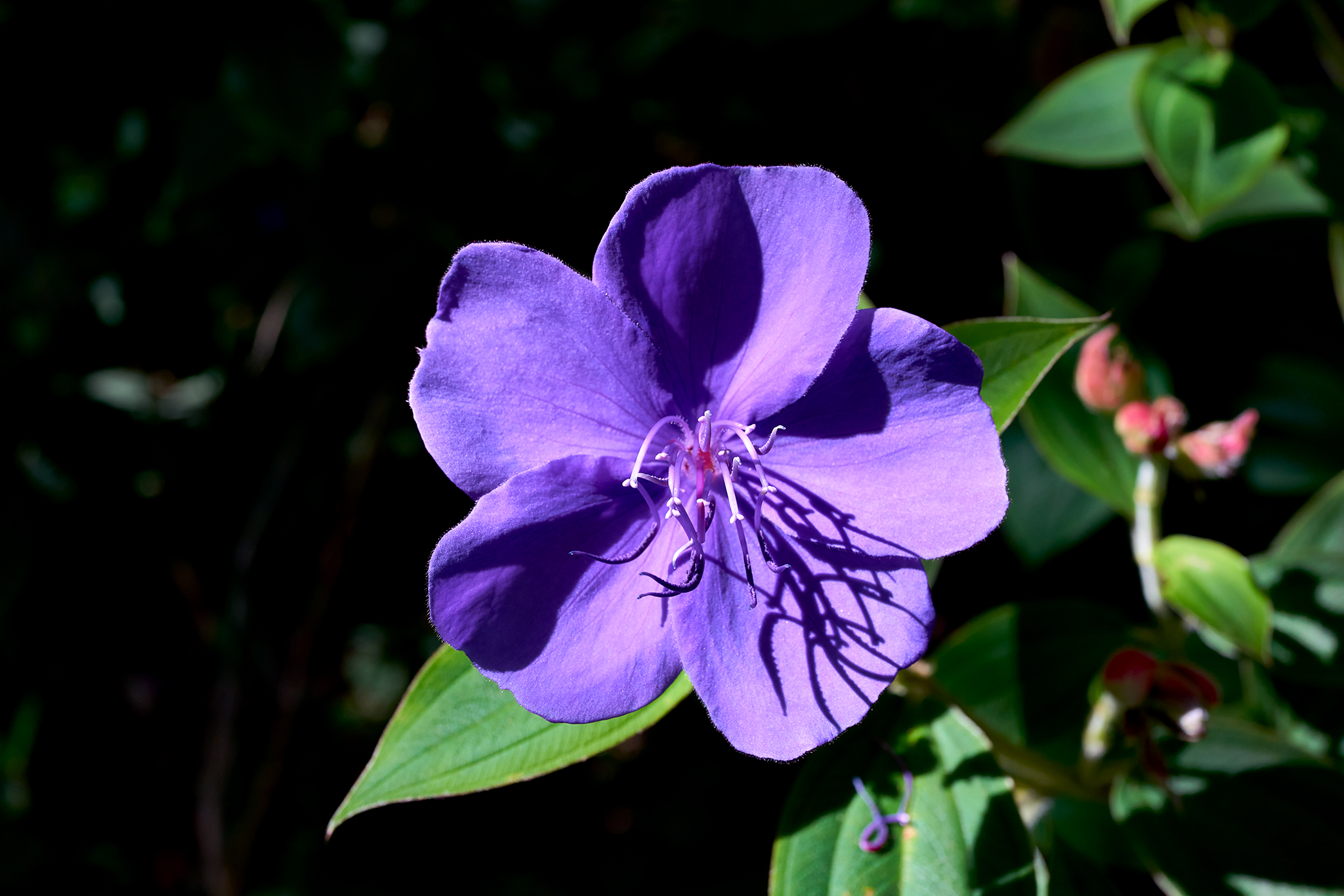 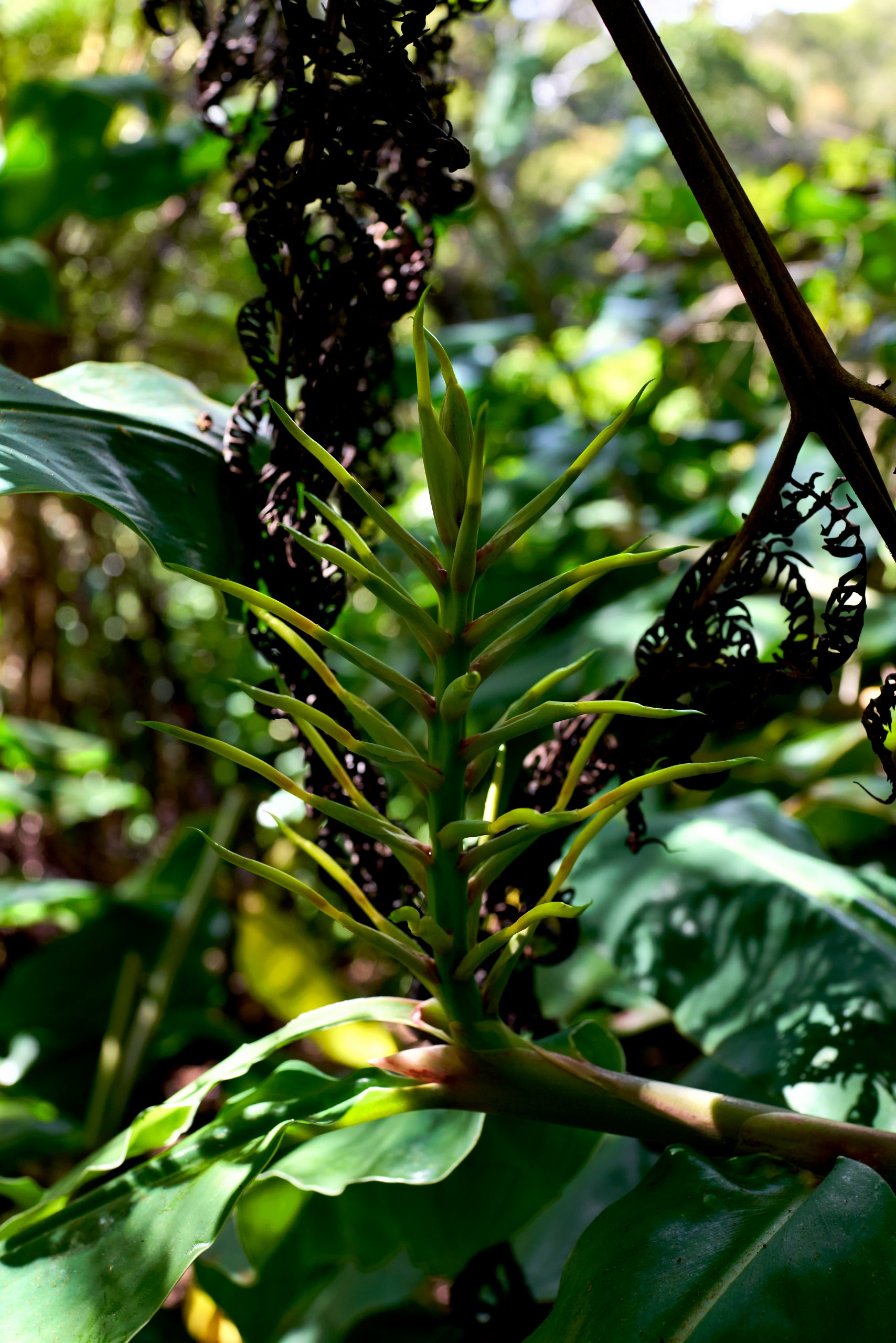 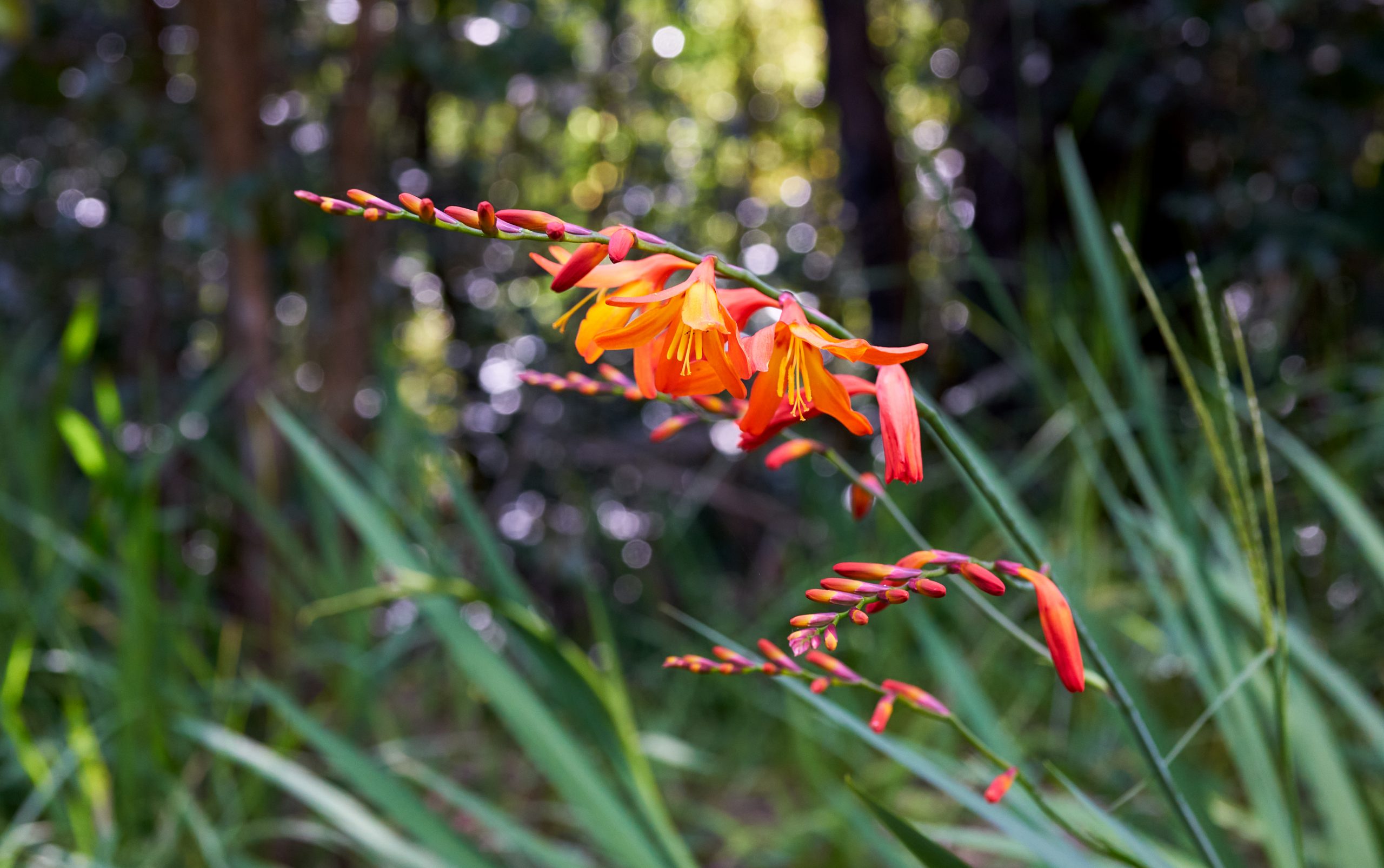 The progression up the trail leads to a dense forest of Sugi Trees.  The Sugi (Red Cedar) is native to Japan and was brought to Hawaii.  I am told The Kauai Forestry Department planted the Sugi trees on this trail in the 1930’s.  The trees are stately and impressive. 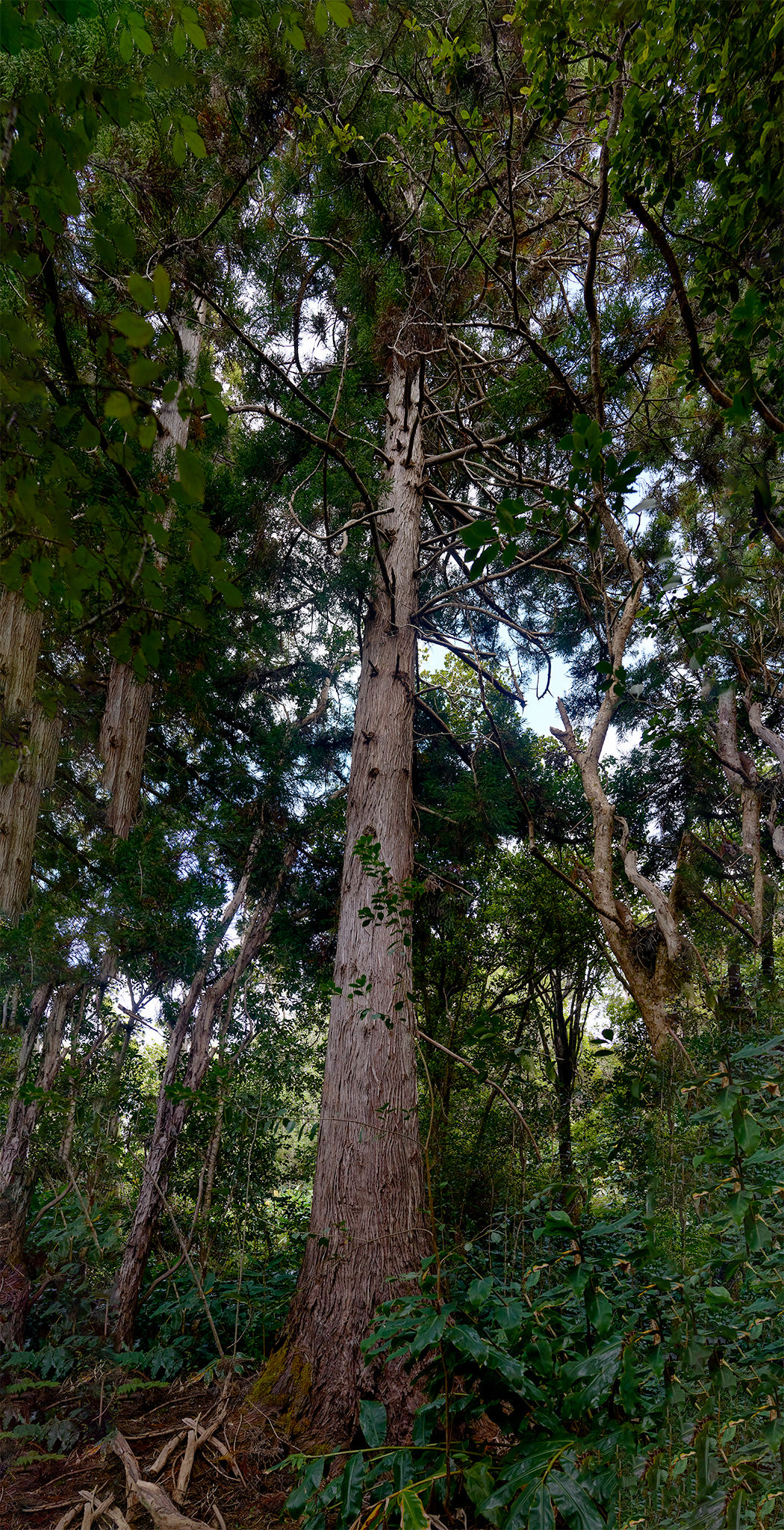 The beauty of this trail is that as it progresses, the native trees and plants of Kaui take control.  It is a remarkable trip.

—— Jeff’s Worthless Trivia and Other Thoughts —-

Hunting is a pretty big deal on Kauai.  Different from a lot of the places I have lived, Hunting is not a weekend drunkfest occupied by people who are ill trained, in poor shape, and ill equipped.

From my perspective and experience in Kauai, hunters in large part are in the back-country often and are serious about their target – Deer and Feral Pigs.  They also seem to be exceptionally friendly and respectful of hikers and their pets.  Never-the-less, I always make sure my dogs and I have are wearing brightly colored markings.  I also have leashes at the ready.  The dogs always are wearing their special collars (sound, vibrate, and shock with nick and continuous mode available).  Sage and Willow are voice command trained and react quickly to sound and vibrate in nick mode.

On this trip we ran into (local) hunters Kapena, Eddie, and Keith.  We stopped and chatted for about 20 minutes.  I learned a lot about the Preserve area and its history.  They discuss and point out the routes and paths of deer and blinds built in the trees used by hunters long since passed.  They also discuss the effort to reach the Volcano Crater.  Eddie thinks the advent of the Feral Pig fence makes the trip highly doable for someone with my background and training.  Eddie mentions the location of a Hunter’s Shack on the route that would be a good place for an overnight stay and reduce the risk involved in attempting to making 20 mile round trip attempt in one day.

While I am used to covering those kinds of distances at 10-12 thousand feet elevation with 60 lbs. on my back (summer or winter) in a day – Kauai is a whole different gig.  I will plan for an overnight effort and someone to join me.

I did fall victim to taking a Hunters trail early on the trip.  After crossing the Mohini Stream a 3rd time, and a quarter mile into hacking vegetation requiring a machete.  I decided to stop and recalibrate.  I got to a spot where the dense tropical coverage would not block my GPS tracking map system.  I quickly learned that while on a trail-bed, it was not the Mohini – Wai’ale’ale trail.  I retraced my route (helped by the marks of broken vegetation) back to the fork in the trail and continued on.  This event supports my decision to always bring extra water, food, clothing, head-lamps, first-aid, swiss army knife, SPOT GPS Tracking and Emergency Device, High End GPS Mapping tools and Tracking Watch.