A pair of Red-Crested Cardinals appear to have made the front-yard of our home in Kauai their home as well.  I decided to do a little research on our co-residents. 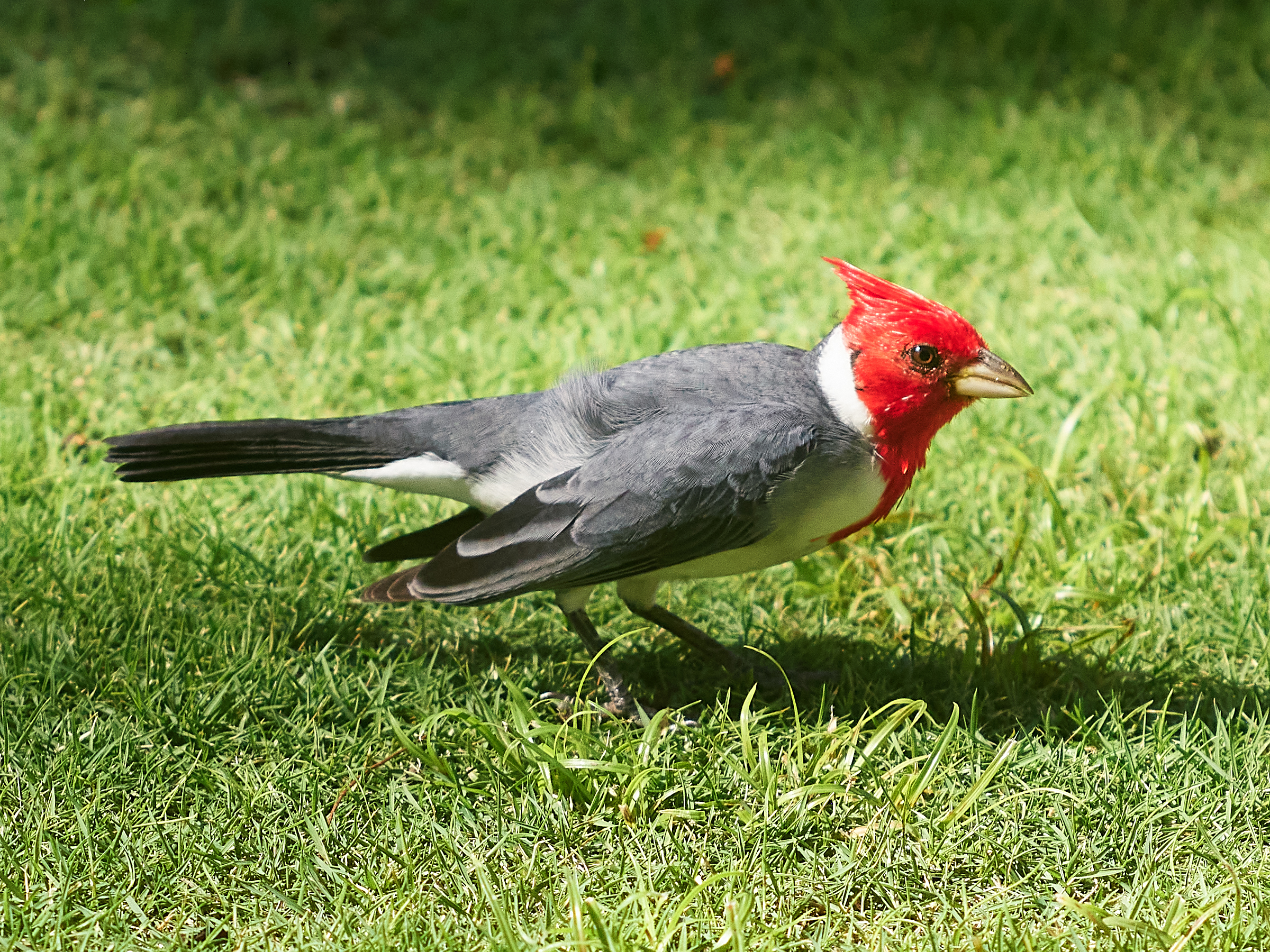 The Red-Crested Cardinal is called Paroaria coronata in Hawaiian.  The species in native to South America where it is called the Brazilian Cardinal.  The bird was introduced to Hawaii in the 1928. They were first released on the island of Oahu.  The bird resides on all of the inhabited Hawaiian islands.  However on the Big Island its habitat is a small area near Hilo. The Red-Crested Cardinal is a songbird and a member of the Tanager family and not the Cardinal. 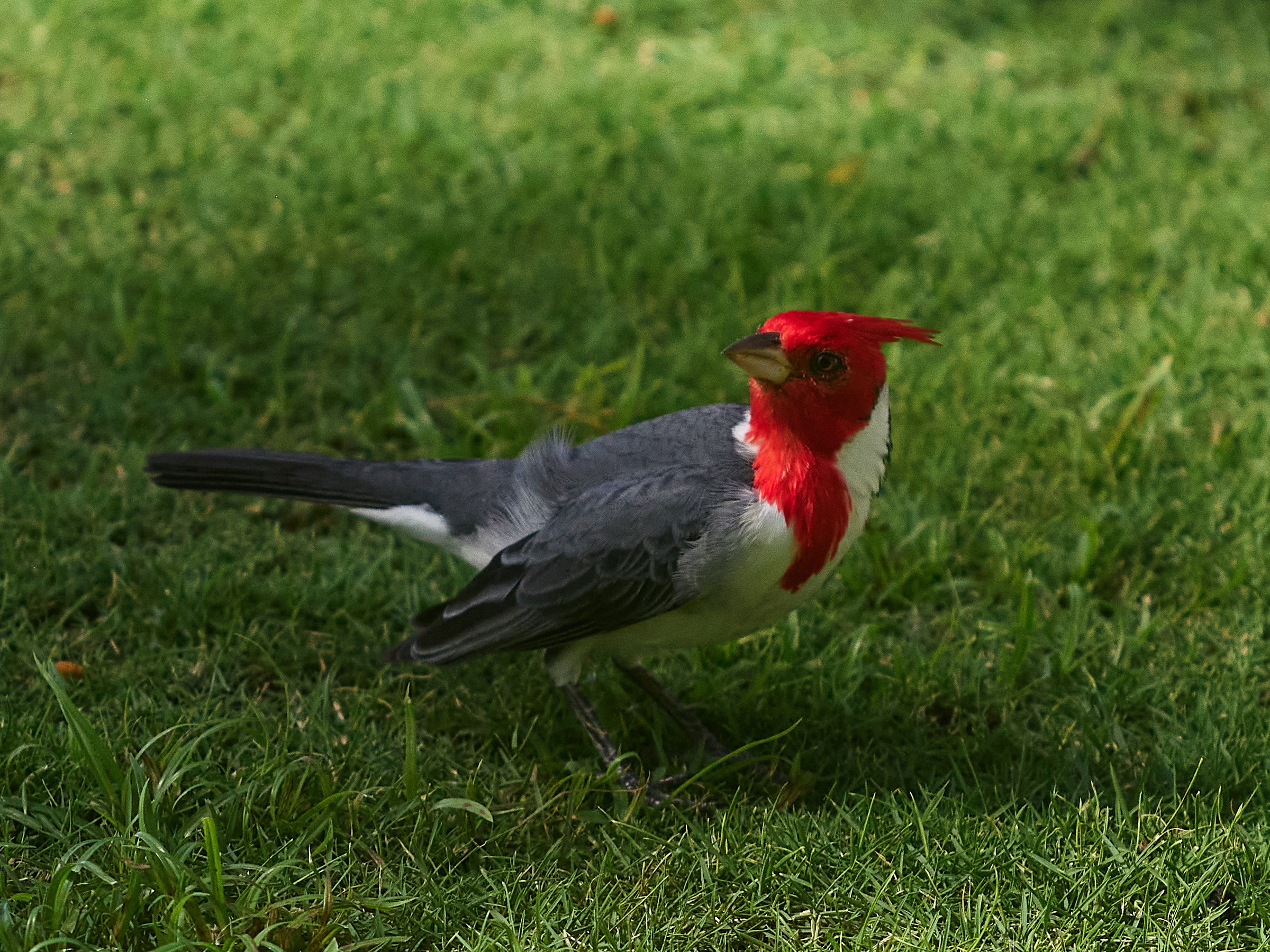 The Red-Crested Cardinal lives about 15 years on average.  It mates for life.  The pairs stay in close range of each other.  The adult male and female possess similar markings.  Adolescents possess a brownish orange crest.

The music they Red-Crested Cardinal produces is wonderful.

Calls from a pair of birds (to each other)

Their usual song is a four note phrase and whistles. 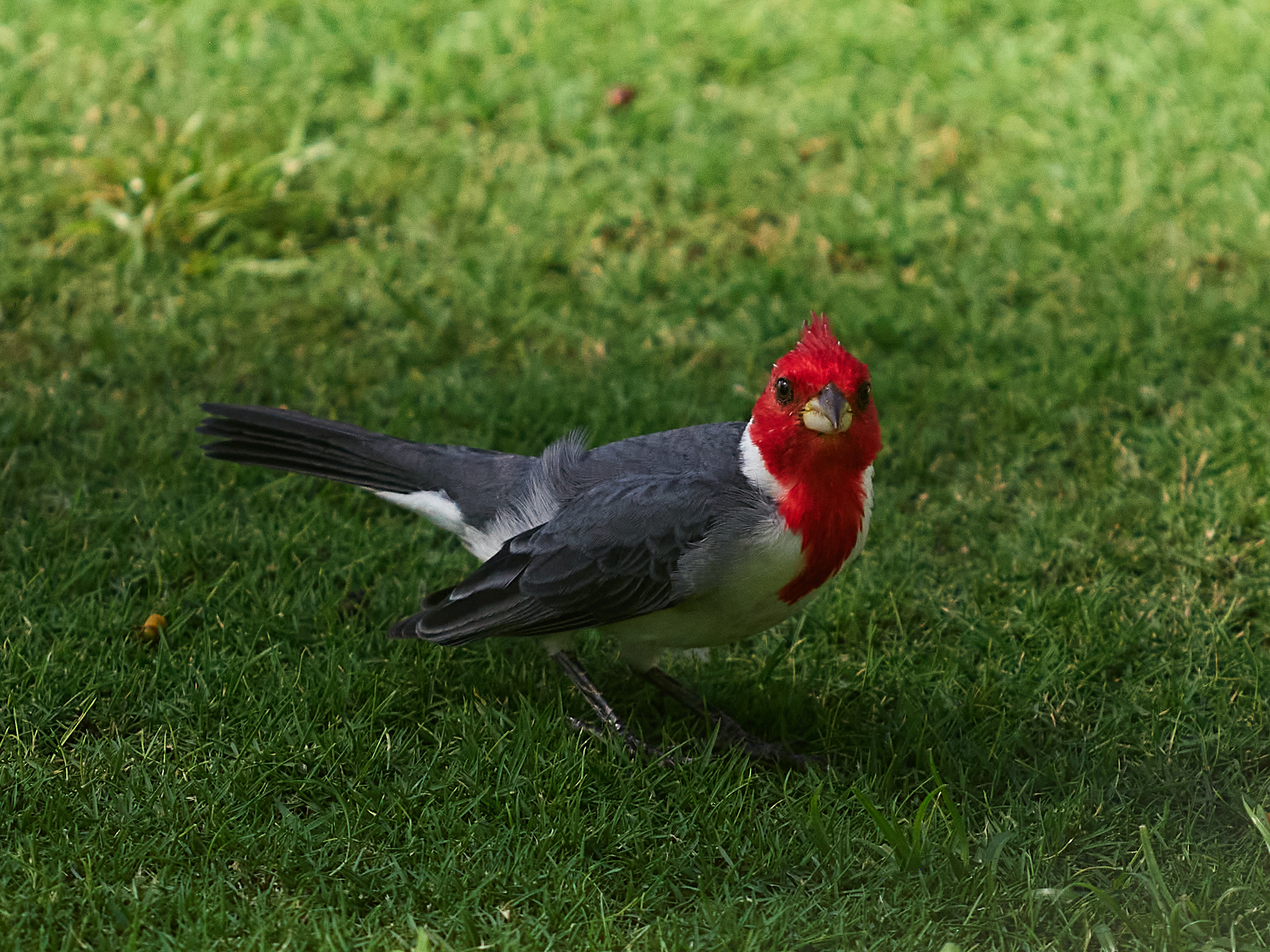 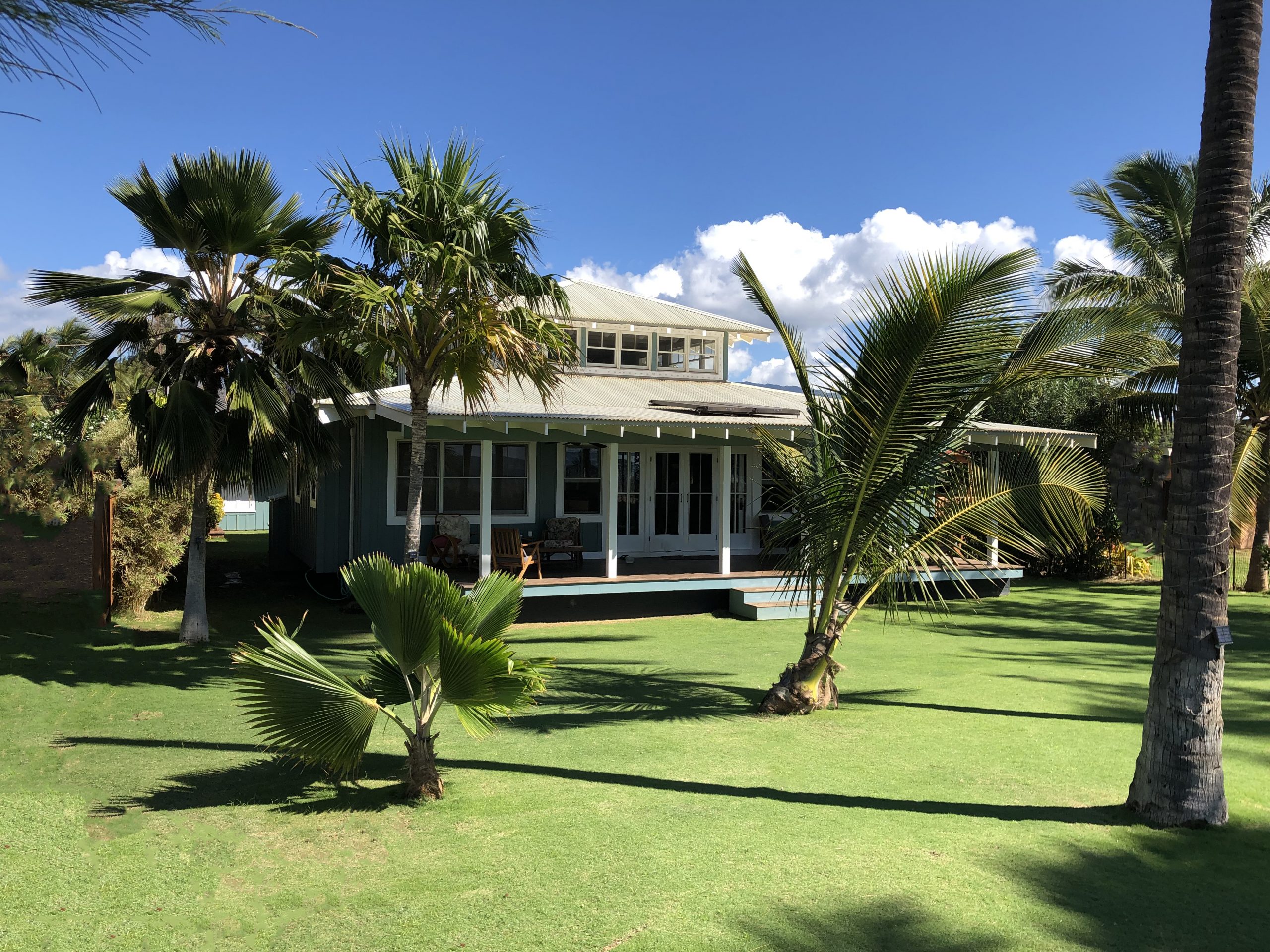 —- Jeff’s Thoughts and other Worthless Trivia —-

The images of the Red-Crested Cardinal were taken with a PHASE ONE IQ4 150 digital back, the PHASE ONE XF Body and the PHASE ONE Blue Ring (Schneider KREUZNACH) 240MM lens.  Shot: Hand Held

These birds are quick. They have a fast level of movement when searching for insects in the grass.  Little success at 1/2500 (focus reduction) or at higher ISO such as 800 (a little too much noise) in order to get a more ideal f/8 or f11 setting.

Will likely need to move to 1/4000 to capture them properly in flight, 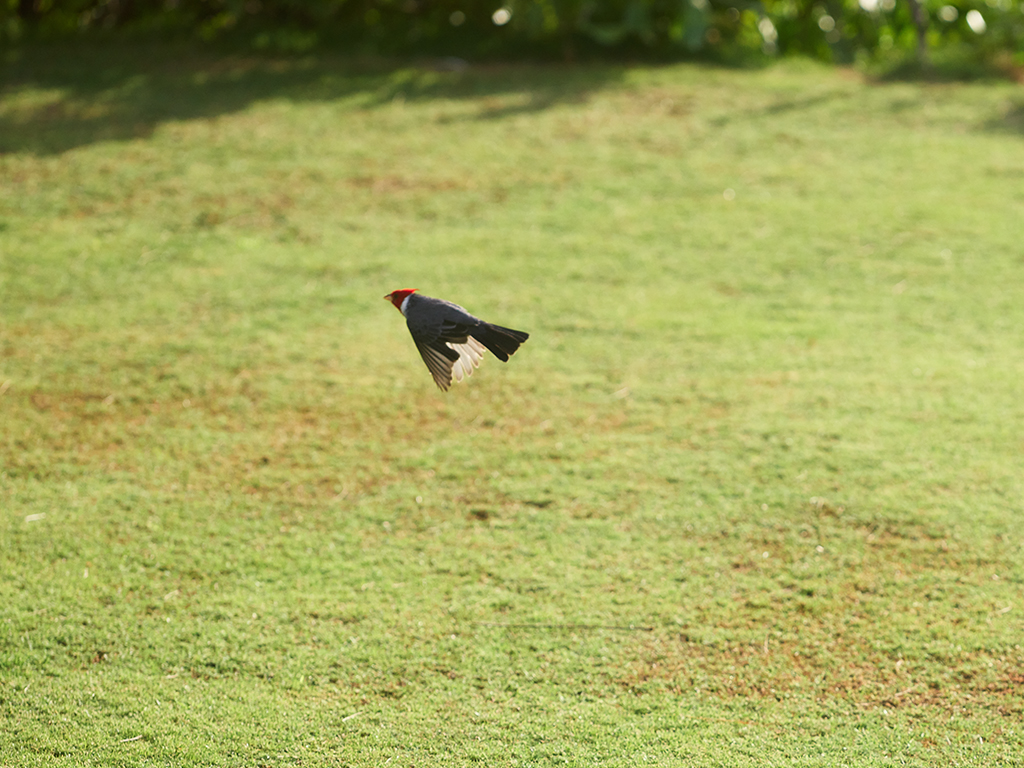