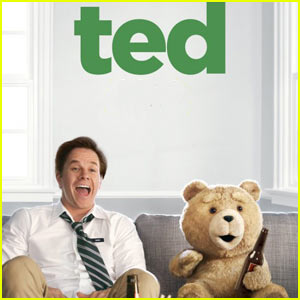 Ted, the brainchild of Seth McFarland is a remarkable fusion of two successful comedic genre’s.  First and foremost Ted is a terrific romantic comedy that pays homage to the Two-Guys One Girl theme perfected by Stanley Shapiro (with able assistance from Delbert Mann and Michael Gordon) during the 1960’s.  Second it is the raunchy foul mouthed I Am Going to Say What Everyone Really Wants to Say comedy established by Mel Brooks and recently extended to new levels by Sacha Baron Cohen.

In Ted, Mark Whalberg, Mila Kunis and McFarland (as the voice of Ted) are the virtual equals of Rock Hudson, Doris Day and Tony Randell in the romantic comedy aspect.  The latter group retains the claim on the title because of multiple wins.  However, what should not be lost is that the storyline, setting, music and production values also pay tribute and succeed to the same degree.

As for the raunchy foul mouthed I Am Going to Say What Everyone Really Wants to Say comedy aspect? There are so many offensive (to at least someone) but laughed at lines (if your are not the butt of the joke) I lost count three minutes into the film.  No one person or belief is safe in this film.

Another component of Ted that tells you it is a winner is that McFarland has bought and/or convinced actors in Hollywood to be part of inside jokes and out of character cameos spread throughout the entire movie.