The third major goal of a six day winter expedition into the Sawtooth Wilderness of Northern Rockies of Idaho (2015); summiting Thompson Peak – the highest in the Sawtooth Range that includes 55 named peaks above 10,000 in elevation.

The Second?  Establishing that I could on any of the six days – with a fully loaded pack (50 lbs+); skin on skis up to 5 miles and gain 1,500 – 3,000 vertical feet, post hole/boot pack on 45%+ degree angle slope, climb a class 3-4 route in ski boots, ski downhill 1,500 – 2,000 on a route that has possibly (according to all accounts) never been previously skied and tree skiing in the tight corridors afforded by Lodgepole Pine’s.

The First? Establishing that I was willing and could hold-down eating reconstituted Freeze Dried meals every night.

Thanks to Chris and Sara Lundy co-owners of Sawtooth Mountain Guides (my teammates on the trip) goals 1-3 were met.  Without them none of these goals or the ones established to follow on the six day adventure will occur – period. 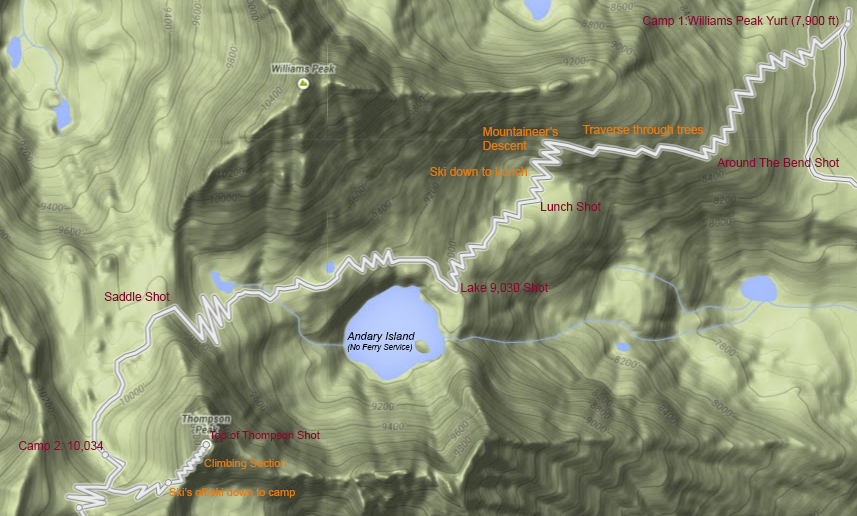