It is February 2017. I live in a Federal Republic in a country called The United States of America. At present the various branches of government are getting [sic., at whole new levels]  to prove/disprove, test, validate/re-validate, and educate themselves and others as to their roles and authority in how we operate as a country. It is a fascinating exercise to observe from afar.

However, that is not the topic of discussion for this Post.  Personally I have a much more pressing  and immediate problem. I am temporarily trapped at the cabin. I am effectively banned from travel outside of Stanley, Idaho. Why? Weather! Weather (aka Mother Nature) is dumping moisture in the form snow and now rain at unprecedented levels. Avalanches and Avalanche Danger have closed every single road that could be used for escape.

Up until last weekend snow and record cold temperatures was the diet delivered at 150%-200% of normal from November through the first week of February. Last weekend the snow continued but the temperatures rose. So much so the 5-6 feet of snow on the cabin roof finally slid off.  There was some excitement during one slide, as Kyle was evaluating the possibility of the slide 15 seconds before a slide occurred. Despite being nimble and having a chance to jump away (somewhat), Kyle was buried in snow up to his chest. It took me 20+ minutes to dig him free. On Wednesday a monster storm presented itself but the snow level rose to the 8,000 feet (the cabin sits at just below 7,000 feet). So 40 degree Fahrenheit temperatures and heavy rain was the gig from Wednesday night until midnight Thursday. It is has been snowing lightly for the past number of hours.

Perhaps the greatest tragedy for the 21 Century Jeff Lubeck is the slide of the other half of the roof (Wednesday afternoon) occurred in one fell-swoop careening onto the upper deck and wiping out the Satellite Dish. OMG what am I going to do!

Scott our DirectTV Guy (and a nice one at that) is trying to reach me.  But Scott tells me the avalanche slide on Highway 75 east of Stanley is 20 feet high and long. Scott says IDOT thinks it might be cleared by late Saturday afternoon. 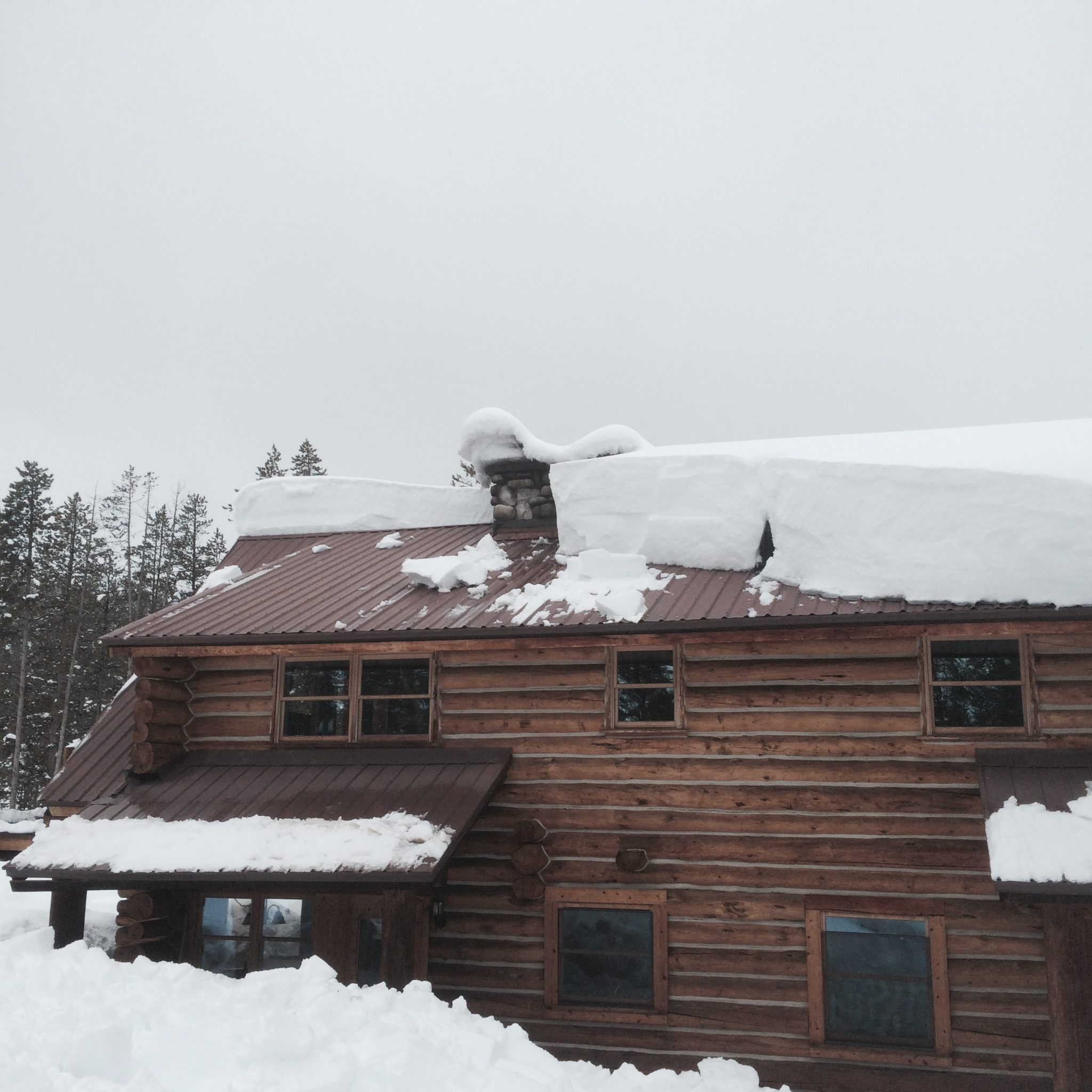 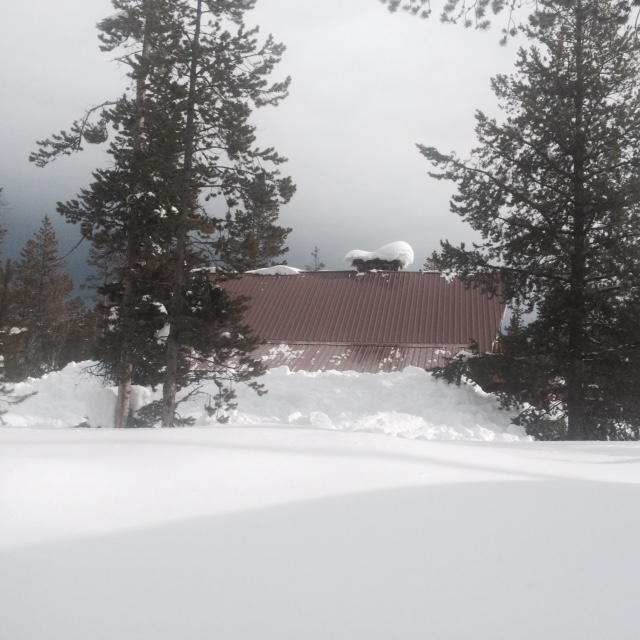 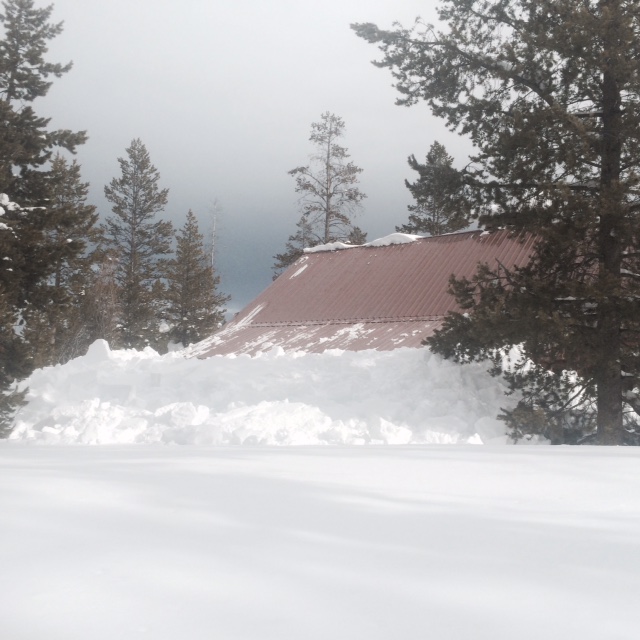 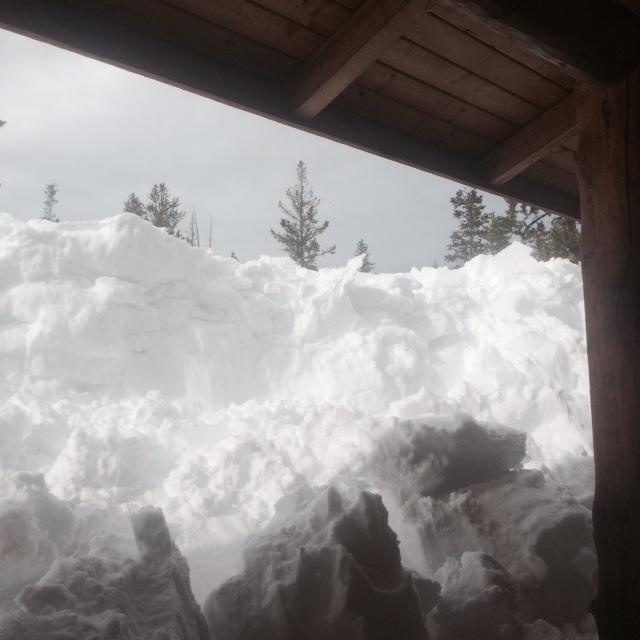 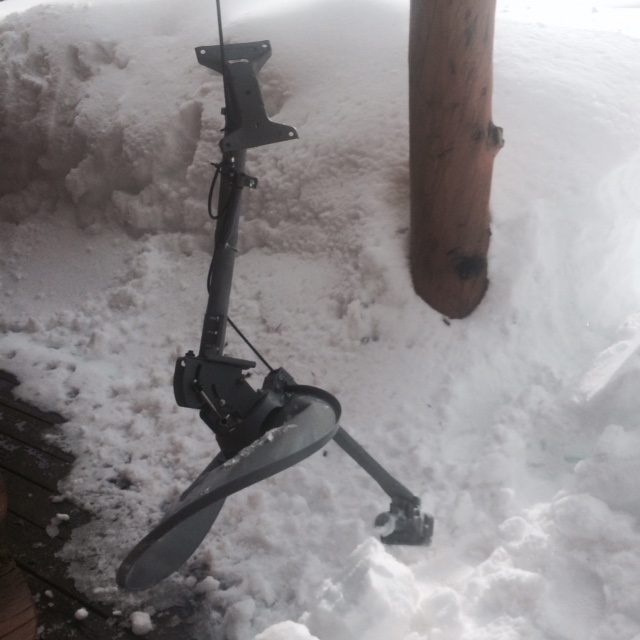 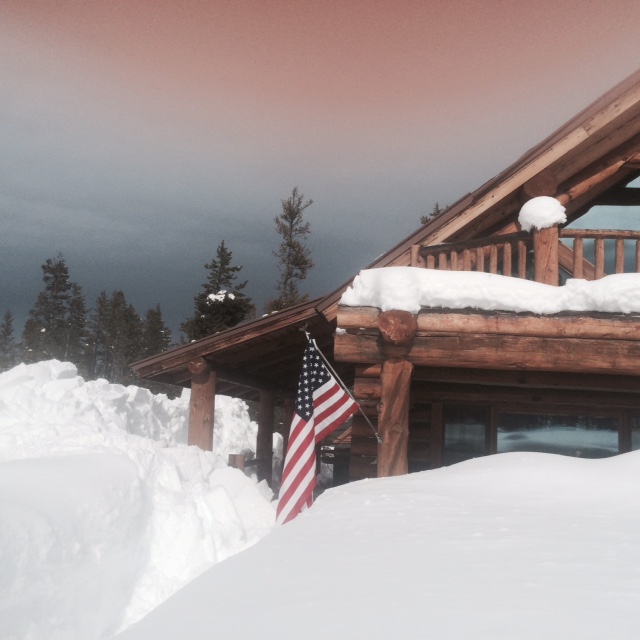 2 Replies to “A Real Ban on Travel – Hopefully Only Temporary”