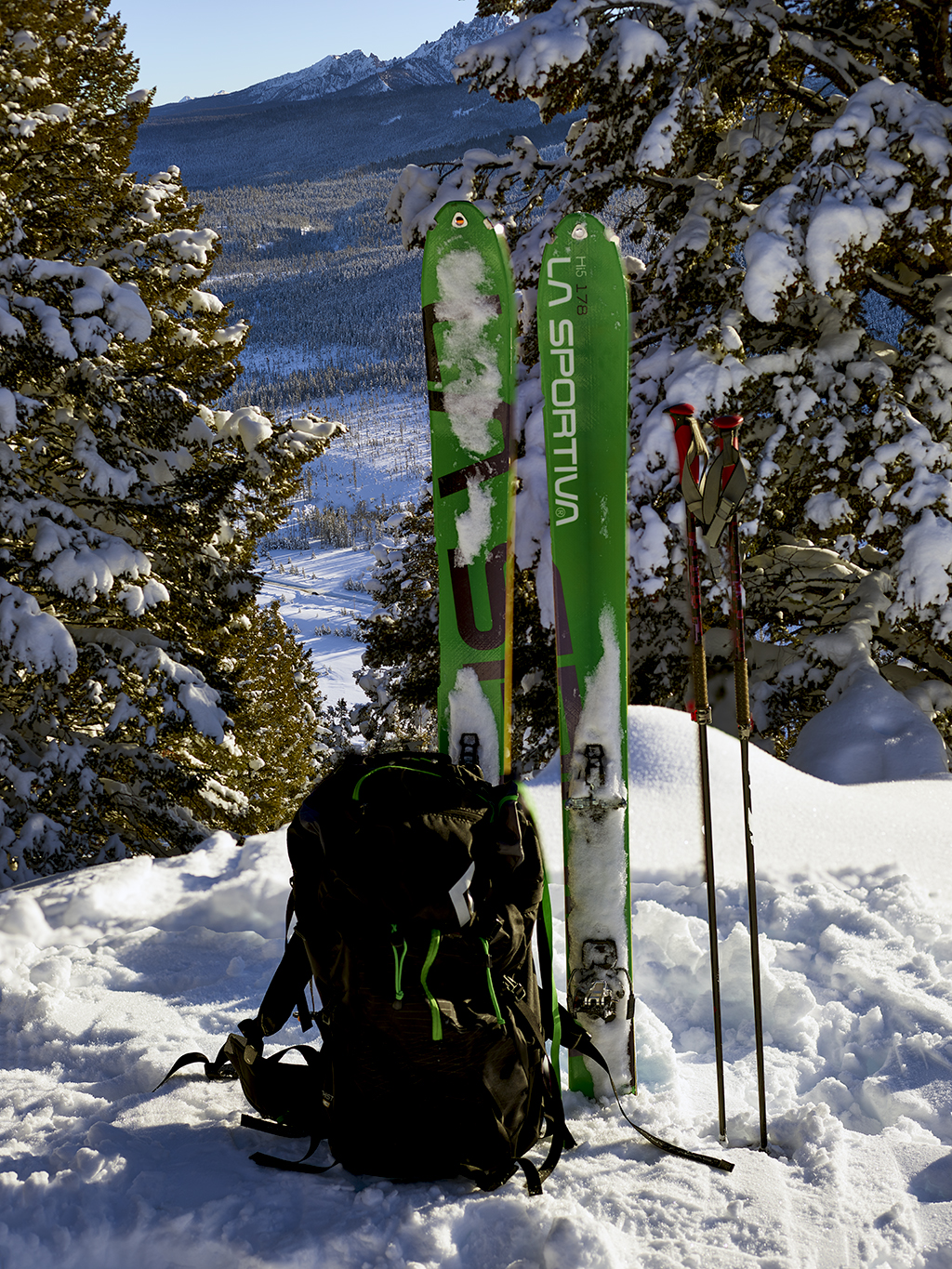 The Sawtooth Mountain Range was first characterized as America’s Alps in the early 1900’s. With 52 named peaks over 10,000 feet in a range that spans 45 miles in length and 20 miles in width. The designation is a fair one. I have reached the summit of many of the named peaks. I have been fortunate to photograph them from many vantage points north – south – east – west – winter – spring – summer – fall. 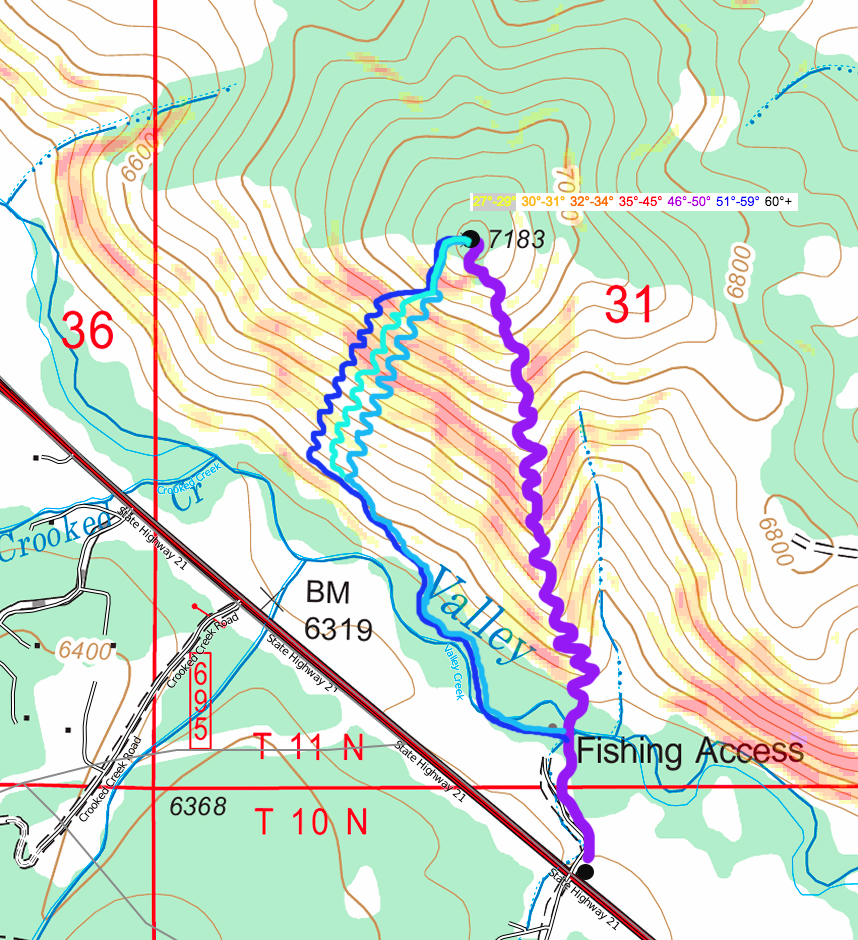 This past week, for three straight days, I decided to skin up to peak 7183 across our cabin in the Goat Creek drainage – west of Stanley – to take in a view of the most northern part of the range.  After a skin up of just shy of a 1,000 vertical feet to the top – the vantage and the untouched power skiing back down to the valley floor was pure joy.  On the first day, three elk standing on the frozen Valley Creek followed me for my entire descent.

Alpine Terrain (AT) skiing in the backcountry is my preferred method of skiing.  Cross-country is a close 2nd, followed by lift-served downhill.  There is something empowering and satisfying about climbing\mountaineering up to a designated spot and then skiing back down.  While AT skiing sounds rugged and demanding – which is most often the case – it can also be fairly easy and relaxing.  Some days the effort is simply intended to the outdoor equivalent an hour or two on the StairMaster.

Earlier in the week, Linda, Shae dog, Merry [Christmas] dog and I braved the -13 degree temperatures to cross-country ski the Park Creek drainage west of the the cabin from late afternoon to sunset.  It was the warmest point in the day after starting up from -31 F before sunrise.  The ski was magical.